The Autonomous Car Industry Is About to Get Hammered 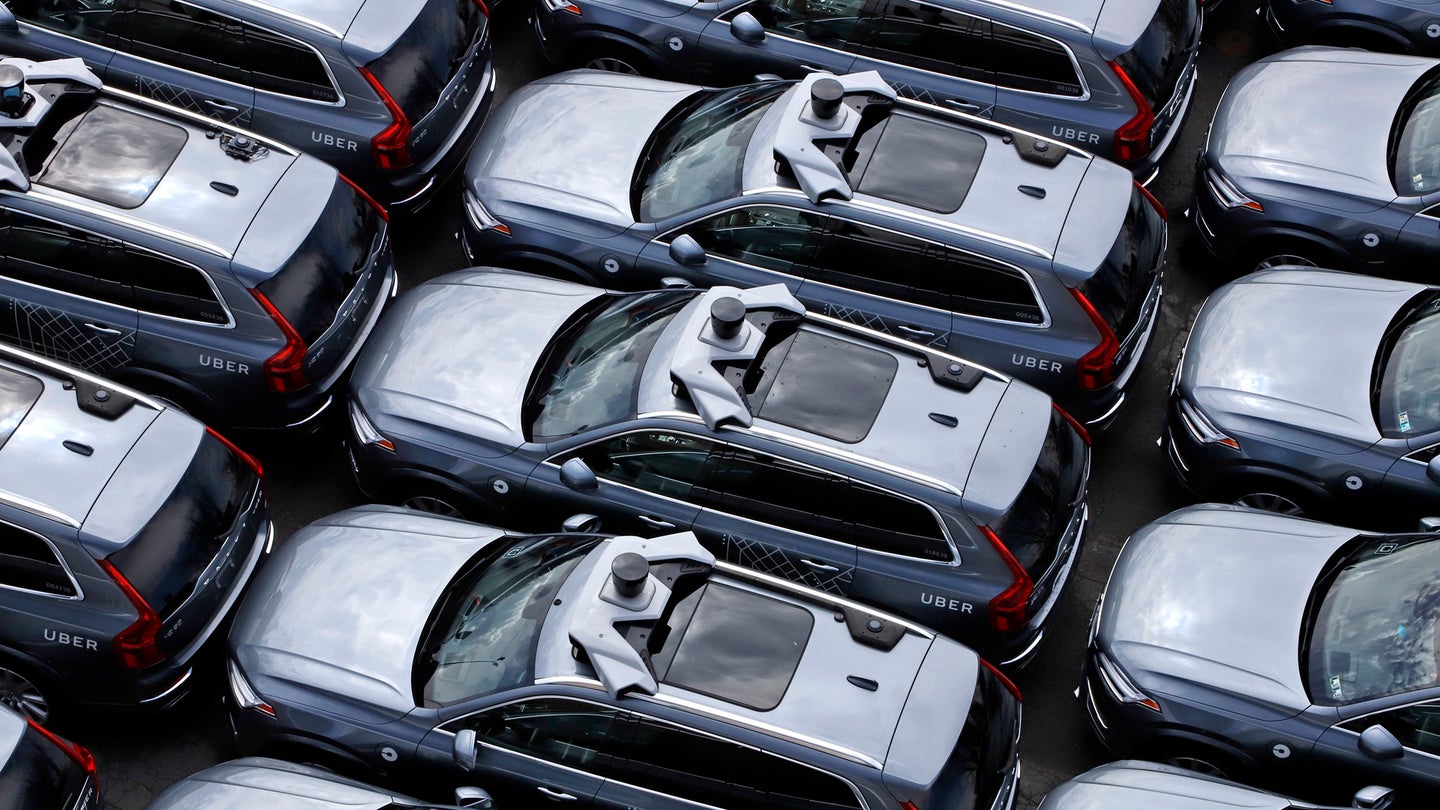 Good morning and welcome back to Speed Lines, The Drive's morning roundup of what's going on in the world of transportation. I think it's Wednesday, although I'm not really sure anymore, let alone what that even means.

A 'Bumpy Road' Ahead For Self-Driving Cars

As I've said many times on Speed Lines this year, the pandemic is unique in that it has left virtually no facet of daily life or sector of the economy untouched. It's already drying up the capital markets, and that's extremely bad news in the world of autonomous vehicles. Development of that technology is costly for both legacy automakers and new startups, yet there's still no clear path to widespread deployment or profitability.

Adding semi-autonomous features to your next Cadillac or Volvo is one thing; creating fully robotic cars, and making money while doing so, is another thing. And it may be a pipe dream in this economy.

There are some dire takeaways in this Bloomberg story on the state of the industry, which features Chris Urmson, co-founder and CEO, Aurora Innovation; Brian Collie, Boston Consulting Group's auto and mobility guy; Oliver Cameron, co-founder and CEO of Voyage Auto; and others.

Here are some of them on how legacy automakers are likely to dial back investments in this tech for the time being:

Most in the group believe more established automakers could reconsider investments in autonomous driving during the current crisis; that could potentially slow down progress on those projects.

Collie: “When you're looking at, globally, automotive sales being down in order of 20 to 40% … when you have dozens of plants and tens of thousands of employees and near-term production requirements, you might now look at AV as being much more of a luxury that you can no longer afford.”

Cameron: “Some of the big guys may not weather this. It may seem like they can, but think about the politics within a big company and the politics of where you spend your time when the whole world is falling apart. I imagine there's a lot of belt-tightening going on.”

Urmson: “If you are a General Motors or a Ford or a Volkswagen or any of these big companies, you are going through a very difficult process of prioritizing what you spend money on and what is discretionary. That focus is going to be on how do they get people back to work and how do they meet the demand of the public.”

Brulte: “Can these [auto] companies sustain funding for these operations? Or will they get pressure from the labor unions to stop funding this? You’re closing a factory, yet you’re funding your self-driving car project? That’s going open up some really interesting political divides.”

I think this is the case too, for whatever it's worth. For regulatory reasons, automakers largely have no choice but to keep investing big bucks into electric vehicles and batteries. Self-driving car tech may be a luxury in this economy.

There's also something interesting in that story that I hadn't considered: that if pandemics like this one become the new normal (let's hope not, dear God) that it could mean big changes to the "sharing economy." You know, ride-hailing, car share services, all the things automakers and tech companies banked on being the future just last year.

Collie:  “When people talk about how people are gonna be less inclined to sharing, they're doing so with the frame of reference of what a pooled vehicle looks like today, where you're getting into a repurposed privately owned vehicle and you're squeezing into a back seat with two other people. Vehicles are going to have a very different form from how they look today.”

Then again, some people swore they wouldn't fly after 9/11. So maybe it'll just be a temporary blip.

Speaking of sharing services, General Motors' take on Zipcar and Car2Go, Maven, is now a casualty of the virus as well. The Verge reports that the service, which already cut half the cities it was in last year, has been put on ice:

Originally designed to be a competitor to the Zipcars and Car2Gos of the world, GM expanded Maven in 2018 to allow car owners to share their vehicles on the service as well, similar to services like Turo or Getaround. At its peak, Maven was available in 17 cities across the US. But Maven’s first CEO left her post early last year, and by mid-2019, GM decided to pull the service from about half of its cities, including major markets like Boston, Chicago, and New York City. Maven continued to operate in cities like Detroit, Los Angeles, Washington, DC, and Toronto until last month when service was suspended amid the pandemic.

“We’ve gained extremely valuable insights from operating our own car-sharing business,” Pamela Fletcher, GM’s vice president of global innovation, said in a statement. “Our learnings and developments from Maven will go on to benefit and accelerate the growth of other areas of GM business.”

Not shocking. None of those automaker-owned car services have done great; I don't believe any of them, including Daimler's Car2Go, have ever made money. Too much overhead, too much difficulty competing with Uber and Lyft, and now the virus on top of all that.

Finally, even though South Korea seems on the fast track to recovery, you may be waiting a while if you want a brand new Hyundai. For various, predictable reasons, many of them are now stuck in U.S. ports, reports Reuters:

While Hyundai is one of few global automakers whose production has recovered at home, its export optimism has been dampened by the severity of the U.S. outbreak, weak consumer sentiment that battered the industry, and as rivals have quickly moved to guard their turf.

Consignments of cars shipped from South Korea are now sitting in U.S. ports, with dealers slow to take deliveries because of slumping sales and rising inventory, four people with knowledge of the matter told Reuters.

Reuters could not independently verify how many vehicles shipped by Hyundai and other automakers are held in U.S. ports.

The company idled a Tucson production line at home last week for five days. Analysts now expect a sharp drop in first-quarter operating profit when the company reports results on Thursday and some even forecast a second-quarter loss.

Hyundai may be able to offset some losses as South Korea slowly returns to normal. The story says dealership traffic there has returned to pre-virus levels already. Here's hoping we can follow suit.

To Understand the Medical Supply Shortage, It Helps to Know How the U.S. Lost the Lithium-Ion Battery to China (ProPublica)

How to DIY Your Own Dumbbells, Weights, and More for Home Workouts (Wirecutter)

What startups and/or nascent technologies are about to fail in our new garbage economy? Or get delayed, at the very least?