2020 started strong for Mazda, but lockdowns have derailed its early successes. 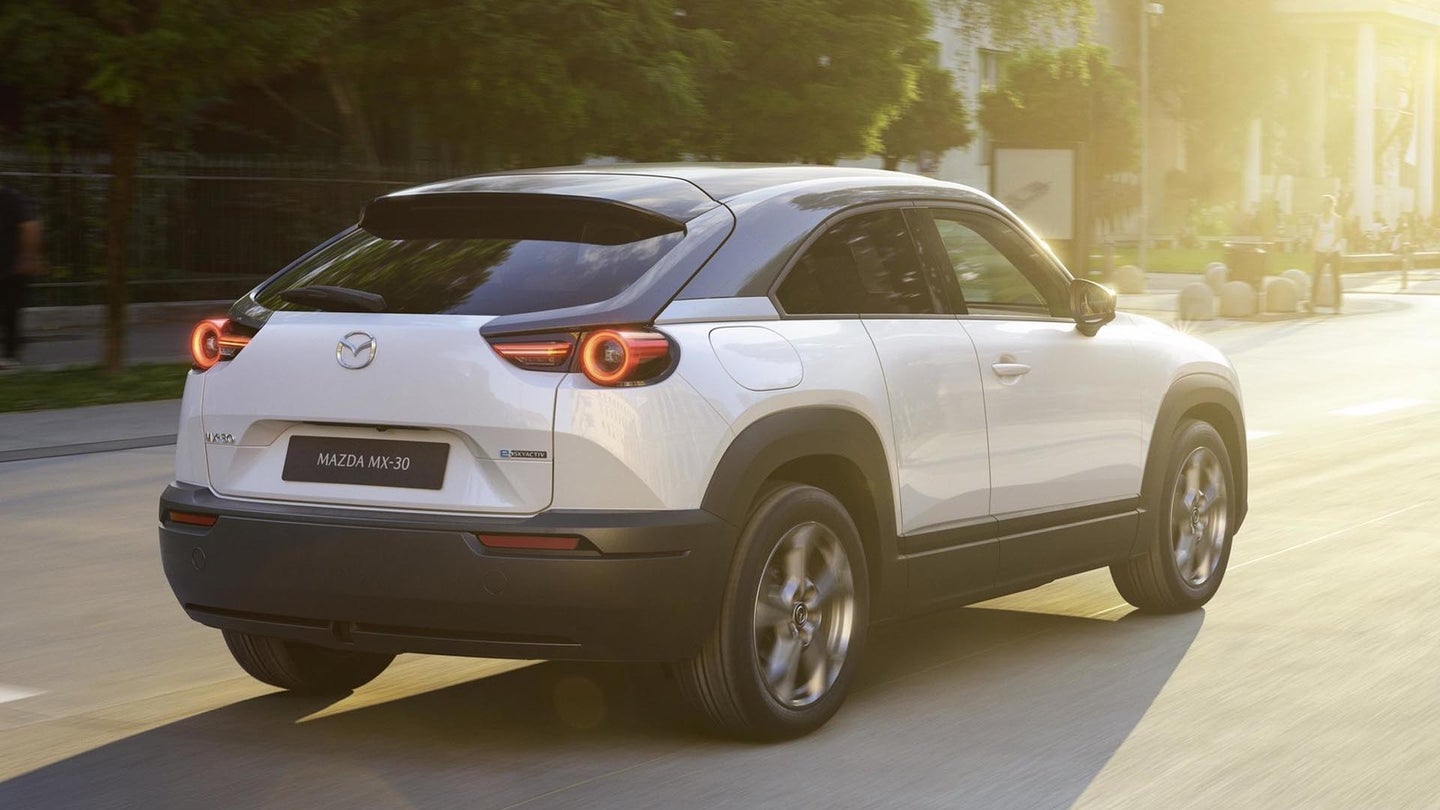 Good morning and welcome back to Speed Lines, The Drive's a.m. roundup of what matters in the world of cars and transportation. Today we're talking about the downturn at Mazda, Tesla's secret battery plans and how Mexico's auto manufacturing sector is getting ready to start up again.

And Everything Was Going Reasonably Well, Too

Whether you're a huge corporation or just another working stiff trying to make ends meet, if you had some kind of plan this year, it's almost certainly been derailed at least somewhat. For every automaker, stay-at-home orders and rampant unemployment have been a catastrophe for new car sales. Some have fared better than others, but things are bad all around.

For Mazda specifically, this downturn has meant a blow to a long-planned shift toward higher-margin vehicles—crossovers, in particular, but more premium ones in general. It's like this: since tiny, independent Mazda can't really ever compete with giants like Toyota or Honda or Ford on volume, it has to move its cars somewhat upmarket (with a price tag to match) in order to load up on profit instead. Since Mazda has long been focused on driving performance, it seemed poised to pull this off eventually.

That was before everything fell apart. Now, as Automotive News reports, Mazda posted a Q1 net loss of $188.3 million; operating profit is down 55 percent; global sales are down 20 percent; and it's going to withhold a financial forecast for the fiscal year that ends next March. It's a shame because Mazda, which has long struggled in the sales department, saw a 19 percent increase on that front through February before the lockdown started. Mazda had a lot of momentum going into this year. It feels gone now.

Does this mean a shift in strategy away from crossovers and upmarket cars? No, it does not. But it's a scary outcome for a small automaker that doesn't have an armada of pickup trucks it can rely on to carry it through this crisis. For now, Mazda is hoping the reopening of dealerships will give it a needed boost, but it's worried about a resurgence of the virus in the fall.

I, for one, am thrilled to talk to about Tesla in a way that takes a break from Elon Musk's absurd and attention-seeking fight with county authorities in California. Instead, let's talk about batteries. Specifically, where Tesla wants—needs, even—that technology to go long-term.

Reuters has an exclusive report on Tesla's aggressive battery plans: designed to last for a million miles, able to be profitable when priced the same as gasoline cars, and with greater energy density and storage capacity than the world has ever seen before. If perfected, this technology could permanently move battery EVs into the mainstream with fewer compromises than ever.

From the story, highlighting two parts I find especially interesting:

With a global fleet of more than 1 million electric vehicles that are capable of connecting to and sharing power with the grid, Tesla’s goal is to achieve the status of a power company, competing with such traditional energy providers as Pacific Gas & Electric (PCG_pa.A) and Tokyo Electric Power (9501.T), those sources said.

The new “million-mile” battery at the center of Tesla’s strategy was jointly developed with China’s Contemporary Amperex Technology Ltd (CATL) (300750.SZ) and deploys technology developed by Tesla in collaboration with a team of academic battery experts recruited by Musk, three people familiar with the effort said.

The plan is to launch those batteries in China first, followed by other markets after that. It's worth noting that General Motors is chasing similar targets: driving down the price of batteries while pushing up range, longevity and reliability, with the goal of achieving parity with gasoline cars in terms of manufacturing costs. This is the next frontier for EVs. Who will get there first?

Auto manufacturing in most U.S. states is set to slowly restart on Monday, May 18. Automakers will be putting in aggressive safety measures to try and prevent spreads of the virus, and as I've written before, I think it will be a significant test case for whether we can restart the economy in general without sending us spiraling back to where we were in March.

Outside the U.S., Mexico is an incredibly important manufacturing sector, especially for GM's lucrative truck operation. Automotive News reports the Chevrolet Silverado and GMC Sierra plant will be vital to replenish truck supplies and drum up revenue again. From that story:

Mexico’s general health council on Wednesday added auto manufacturing, construction and mining to its list of essential activities, enabling those three sectors to resume operations starting May 18 if they meet certain safety protocols. GM believes its plants meet those standards and has shared its practices with local suppliers, one of the people said.

Many automakers will benefit from the country’s lifting of production suspensions, as about 80 percent of the wiring harnesses used in U.S.-made vehicles cross the border with Mexico, according to the Center for Automotive Research.

All of this is to say that we're paying close attention to manufacturing in the U.S. But if disruptions happen in Mexico, whether it's with car plants or suppliers, it could be devastating to global carmaking as a whole. That will be a situation worth paying attention to.

Is Tom Cruise Too Old to Be a Fighter Pilot? A ‘Top Gun 2’ Investigation (MEL)

How does Mazda make it out of this? And don't say "more rotary engines." That ship has sailed and you know it as much as I do.