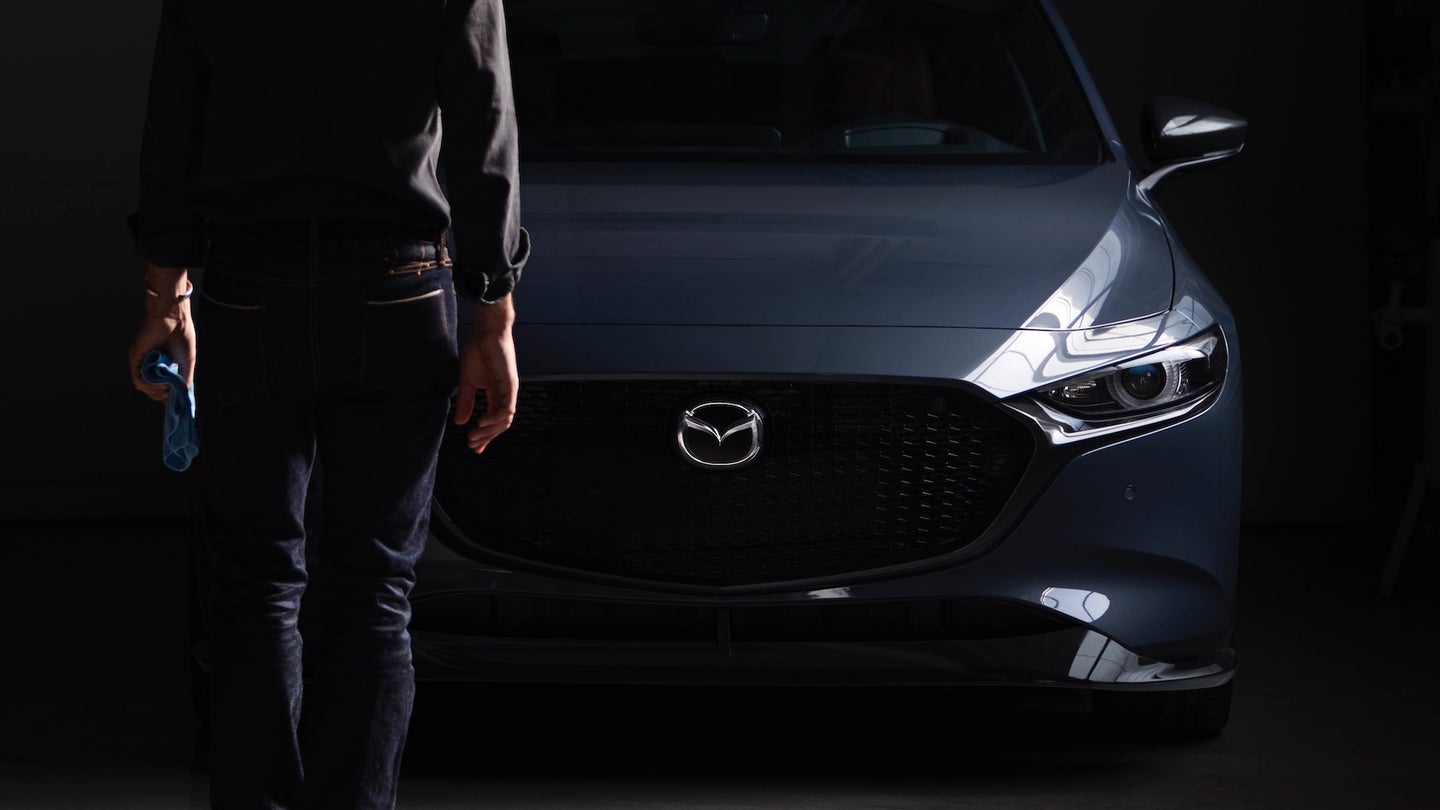 After years of waiting for the Mazda3 to get back to having the power it deserves, the 2021 Mazda3 Turbo became official on Monday, breaking cover two days early thanks to a little mix-up down in Mexico. But a couple details remained uncertain—was 227 horsepower all Mazda would give us in the turbocharged Mazda3, and was it going to deny Americans the privilege of purchasing it? Happily, the answer to both those questions is no, as Mazda confirmed Wednesday that the 2021 Mazda3 Turbo will be sold Stateside, and with up to 250 horsepower and 320 pound-feet of torque.

This new engine is a 2.5-liter turbocharged inline-four, similar to what you get in the turbo Mazda6 sedan. Those previously reported 227 and 310 respectively weren't necessarily wrong; they were just the numbers you'll get from a turbo Mazda3 filled with 87 octane. Gas up with 93 instead and you'll get the full 250, which zips through a six-speed automatic to Mazda's predictive I-Activ all-wheel drive, potentially making the Mazda3 Turbo a more modest rival to the Subaru WRX.

Mazda signifies its full-fat turbo models with enlarged exhaust tips, 18-inch aluminum-alloy wheels, and a Turbo badge on the trunk—hopefully in some nice, bubbly, Radwood-era font out of the late '80s or early '90s. Maybe some giant orange side stickers. Turbo models also come with standard LED headlights and DRLs, a blacked-out grille, and on the sedan, a blacked-out grille and "sleek lower front bumper decoration," which sounds an awful lot like a splitter.

Inside, snail-fed Mazda3s offer a host of premium features, which will make owners of more hardcore hot hatches jealous. Apple CarPlay and Android Auto are supported as standard by the 8.8-inch infotainment touchscreen, which broadcasts your favorite track off Redneck Vikings from Hell to a 12-speaker Bose audio system. Heat radiates from the leather wheel and leatherette front seats, keeping your butt and what you use to scratch it from freezing, and should said scratching get too thorough, Mazda's suite of modern safety tech will do its best to prevent a crash.

Premium Plus further improves these technologies by adding—among other enhancements—Traffic Jam Assist, which takes radar cruise to the next level by helping with steering up to 40 mph. This package also upgrades upholstery to real leather, slips an air dam on hatchback models, and rear spoilers on both body styles.

2021 Mazda3 Turbos will zoom-zoom their way to American dealers by the end of the year, though Mazda has yet to announce pricing for this upgraded powertrain. Anticipate a figure somewhere in the upper 20s at the lowest, but don't be surprised if the Monroney sticker starts with a three instead.