Tata Nano, the ‘Cheapest Car in the World,’ is Dead

Bloomberg argues that its bargain-basement safety and image led to its ultimate demise. 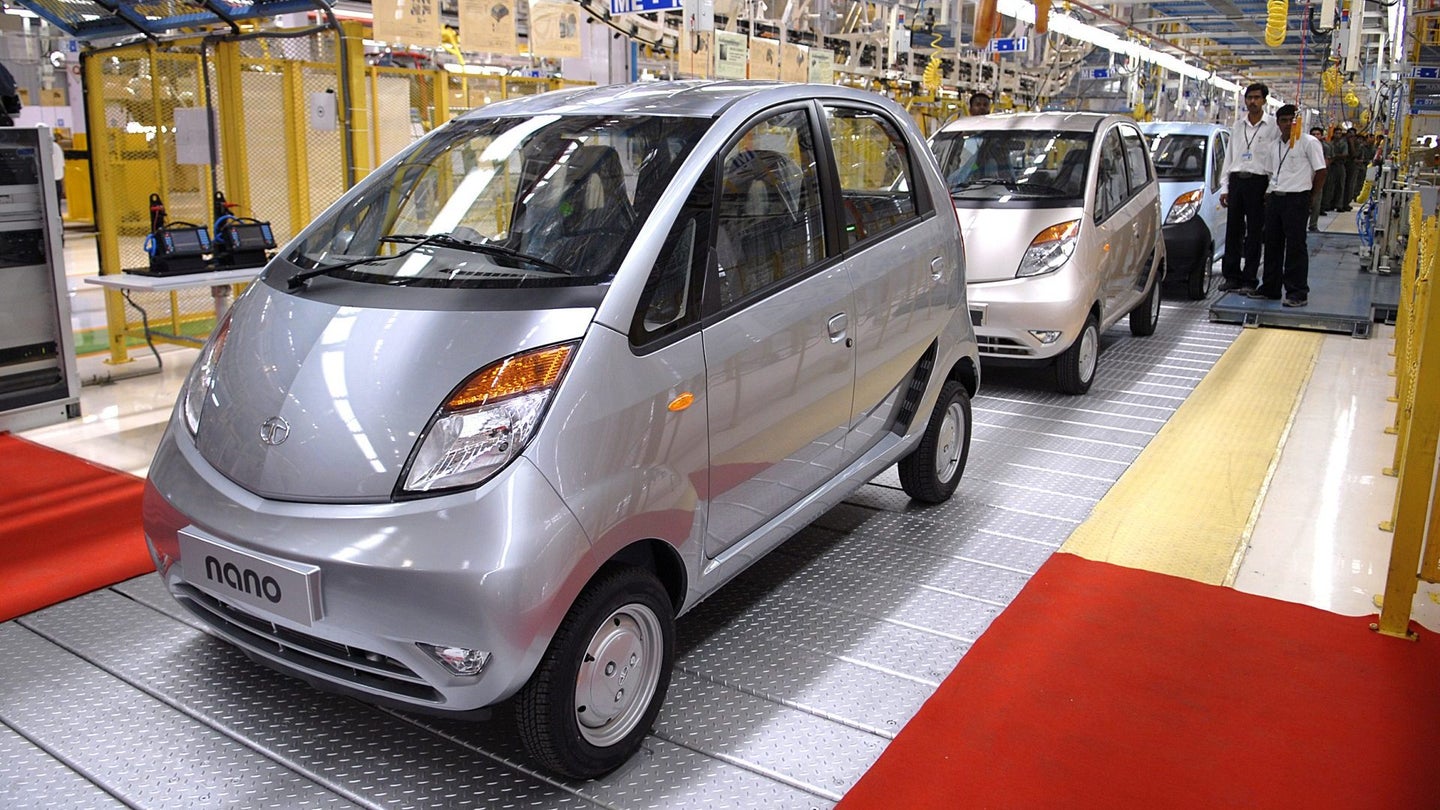 It's the end of the line for India's Tata Nano, a product famously billed as the world's cheapest car.

According to a Bloomberg report, production of the subcompact city car is coming to an end after dwindling demand found Tata only building a single Nano in June. In the same month a year ago, 25 cars were built. The company says the Nano in its "present form cannot continue beyond 2019."

The Nano's bargain-basement price apparently came with bargain-basement safety (the car had a nasty habit of catching fire), marking itself as an inferior good and perhaps leading to its ultimate demise.

Bloomberg columnist Anjani Trivedi argues that Indian consumers have moved past cheap-for-cheap's-sake econoboxes, pointing to the Nano's declining sales while the rest of the Indian car market rapidly grows. Passenger vehicle sales in the country reportedly increased 38 percent in June while commercial vehicles and two-wheelers grew 42 and 22 percent, respectively.

"While consumers may be value-conscious, cutting costs to the bone in pursuit of a gimmicky claim to fame is no use if the end result is a second-rate vehicle with a tendency to catch fire," writes Trivedi. The columnist goes on to point out a crucial—and in the case of the Nano, damning—gap between the Indian automakers' and consumer's idea of value, writing, "A widely held view is that they have largely misread the value-oriented psyche of a proud and aspirational middle-class, which scorns handout-like product propositions."

Moral of the story? Everybody likes saving money but few want to wear that fact on their sleeves.

What Is The Cheapest Car To Own In The U.S. Of A.

New or Used? Old or Young? We take a deeper dive to figure out which car out there is the cheapest to own.

VW Had India On The Brain, Renews Talks With Tata

Tata Elxsi Boldly Goes Where No Self-Driving Car Has Gone Before: India

Chemistry prize shared between three researchers for work in nano-machines.