We Talked to the Man Restoring Louisiana’s Flooded Mazda Miata

A kind soul is putting his heart into fixing up the car that was part of a viral sensation. 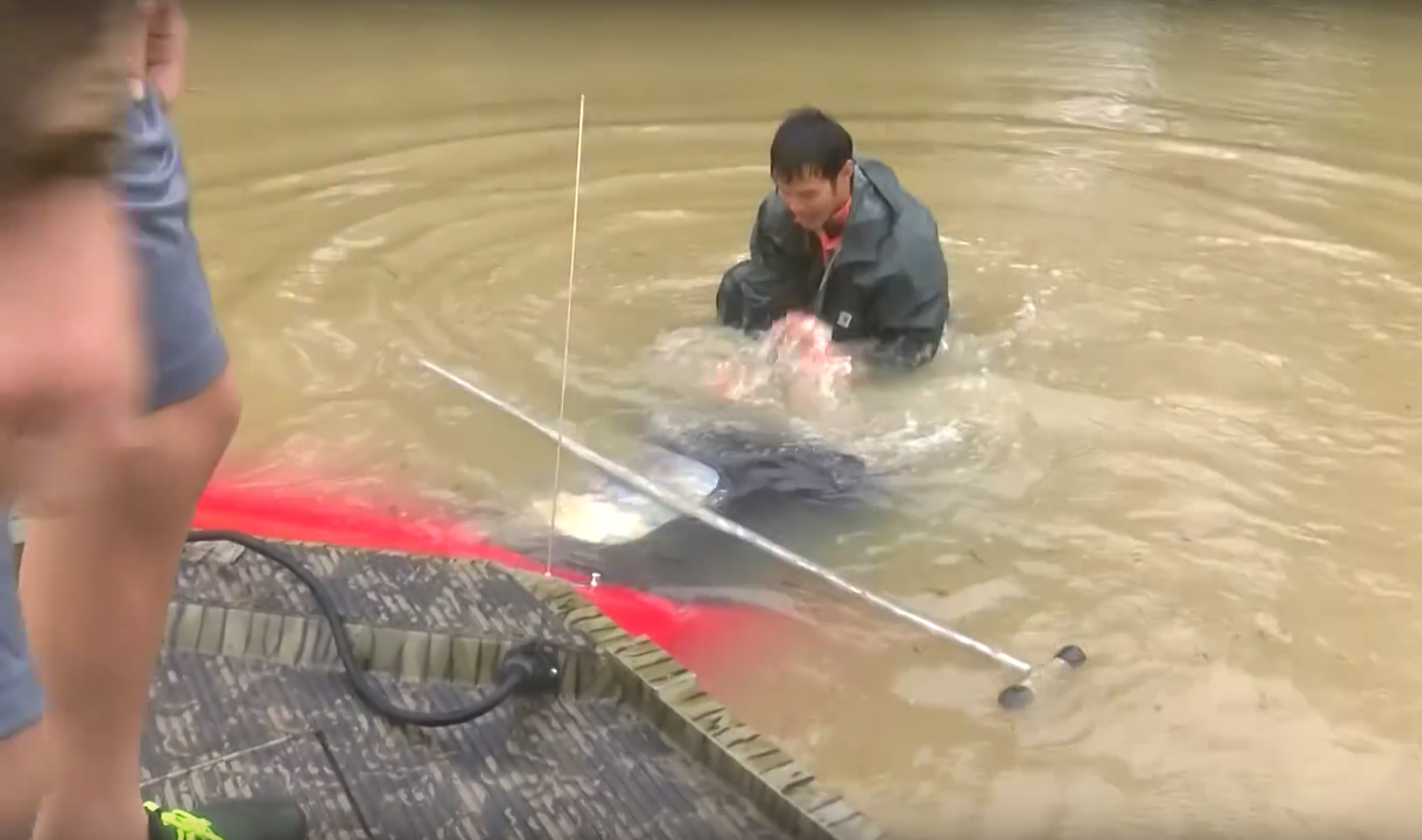 In what the Red Cross has declared the worst storm since Superstorm Sandy, rescuers in Louisiana have saved more than 30,000 residents from rising flood waters in Baton Rouge this month. One of those rescues, a woman and her dog being saved from a sinking Mazda Miata, went viral after a clip made it online. While everyone was happy to see the woman and her dog made it out of the water alive, gear heads will be happy to hear that the water-logged Miata also is getting a second chance at life, thanks to a local Mazda lover.

"I saw the video of the car going under and like me being who I am, I’m just like ‘Goddammit, another Miata down," Ethan Castille, a Baton Rouge Miata owner who says he's considered his area's "local Miata guy," tells The Drive. But when he learned just how close the Miata was to his place, he knew he had to step up.

"A day or two after I saw the video, my roommate on his way to work saw the car in the ditch, still kind of underneath water and I was like, 'Hold on a minute, this car is totally local to me.’ You know, whenever you see stuff on the news, you don’t really expect much, but this car was totally local."

Castille says he took to Facebook to track down the owner of the red roadster, and quickly learned he and the daughter of the Miata's owner had friends in common. Within just four hours of posting on Facebook, he says, the Miata was inside his garage and ready to be pulled apart.

But as it turns out, there was more to the story than he first knew when he sought the car out. After tracking the car down, Castille says he learned from the owner that the woman who drove the car into the flood zone a) didn't have permission to drive the car in the first place, technically rendering it stolen, and b) may have been drunk at the time of the accident.

Since Castille posted on the Club Roadster Miata forum that he would be taking the project on, other Miata fans have been offering him their free parts and spare time to help. Castille says he believes that in total, the whole restoration of the water-logged Miata shouldn't take longer than a month.

So far, he has drained all fluids from the car, including all the water that the car took on while it was trapped in the flood.

"I haven’t seen if the motor is hydro-locked yet," he says. "I drained all the fluids yesterday, and boy, did that car have some water in it. When I drained the oil, there was probably a gallon of water in the engine. It was insane."

For this Miata lover, his ambitions are all about giving back.

"The main focus is just getting these people a car again. If my Miata went underwater, I would’ve lost my mind. I would’ve cried like a little girl. The owner showed me a bunch of print photos he had of the car, from like back in the day. I couldn’t imagine being in his situation. [If I were,] I would hope someone would at least try and help. So I’m just trying to do my part, help him out and get him a car to drive again."

The United Way of Southeast Louisiana is accepting donations to assist the thousands of victims from the Louisiana flood.