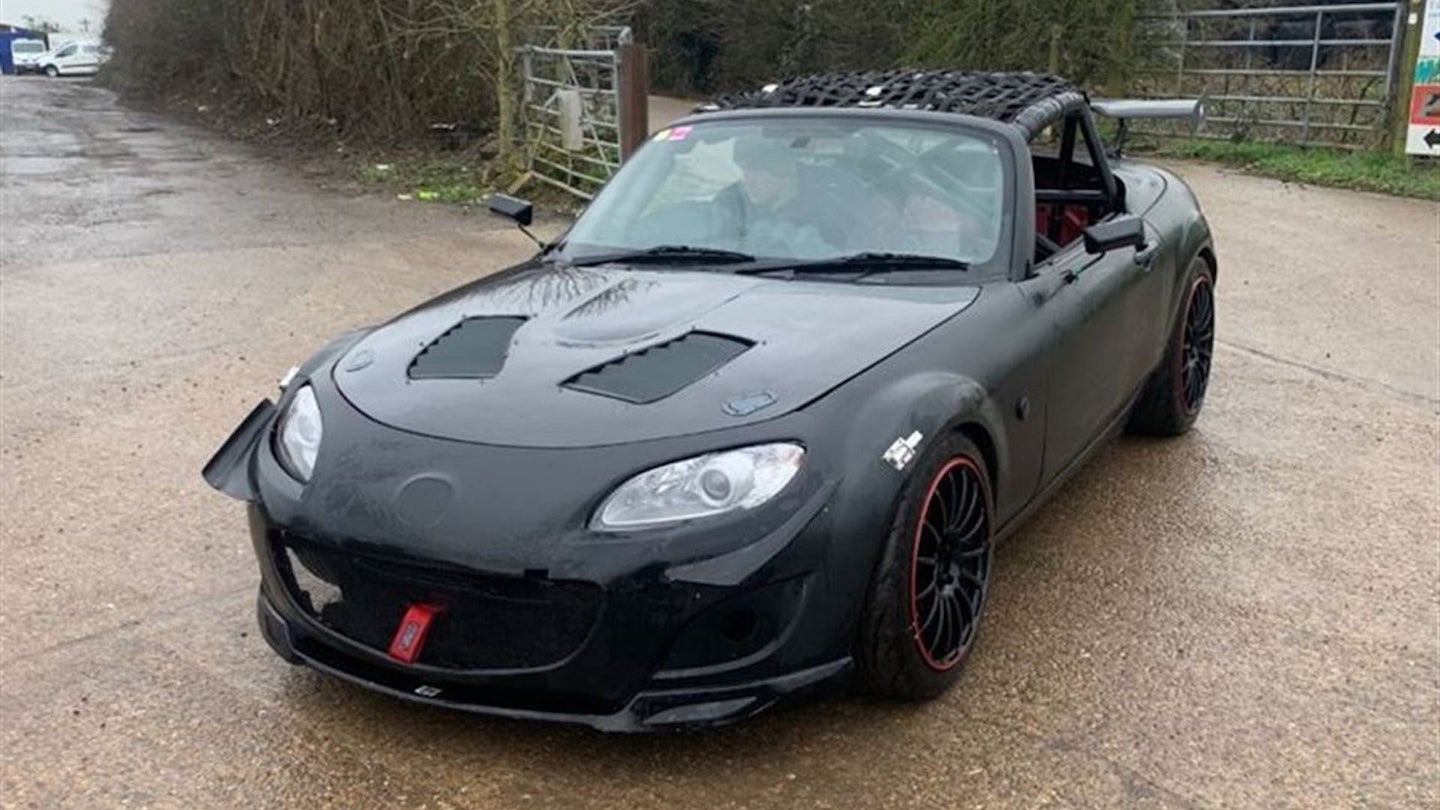 Mazda's iconic Wankel rotary engines may be neat pieces of engineering, but they have ill reputes that aren't entirely undeserved. They lack torque, chug gas and oil alike, and are so sensitive to improper maintenance and operation that they simply aren't fit for most people's lifestyles. As such, it may seem like the RX-8-powered Miata race car currently being sold on Race Cars Direct for the equivalent of $15,500 is an overpriced, five-alarm dumpster fire, but those who know their Mazdas will recognize this car for what it is: A cleverly conceived machine.

We say that because in motorsport, rotaries buck their reputation for unreliability thanks to oil consumption as part of their combustion cycle, normally one of their flaws. Extra oil in the combustion chamber means their apex seals—functionally equivalent to piston rings—wear out more slowly at high rpm, meaning rotaries have a surprising record for reliability in racing. Mazda's Wankel-powered 787B prototype, for example, won the 24 Hours of Le Mans not due to outright pace, but because it outlasted its competitors.

Though the rotary's racing merit should now be clear, you may still be worried about whether this tuned-up, 228-horsepower 13B-MSP "Renesis" engine is a good fit for a Miata since it's smaller and lighter than the RX-8. There's more good news on that front, though, because this third-generation "NC" Miata's platform was in fact based on a shortened version of the RX-8's "SE" architecture. As this particular Miata actually uses RX-8 front and rear subframes, the Renesis and its associated manual transmission fit almost like a glove.

This Miata admittedly has a few of shortcomings, the first of which is that it lacks a hardtop—a baffling design decision for a car apparently built by Brits, whom you'd think would be tired of rain. The second is that it hasn't been on track in about a year, meaning it'll need some limbering up and shaking down before entry into whatever race you see fit. Third and final will be the most important issue to our mostly American reader base, that being this car's location in Britain. It's legal to import a car for racing use before the infamous 25-year embargo expires, but even legal importation still means paperwork, and there's no faulting anyone who doesn't want more red tape in their life.