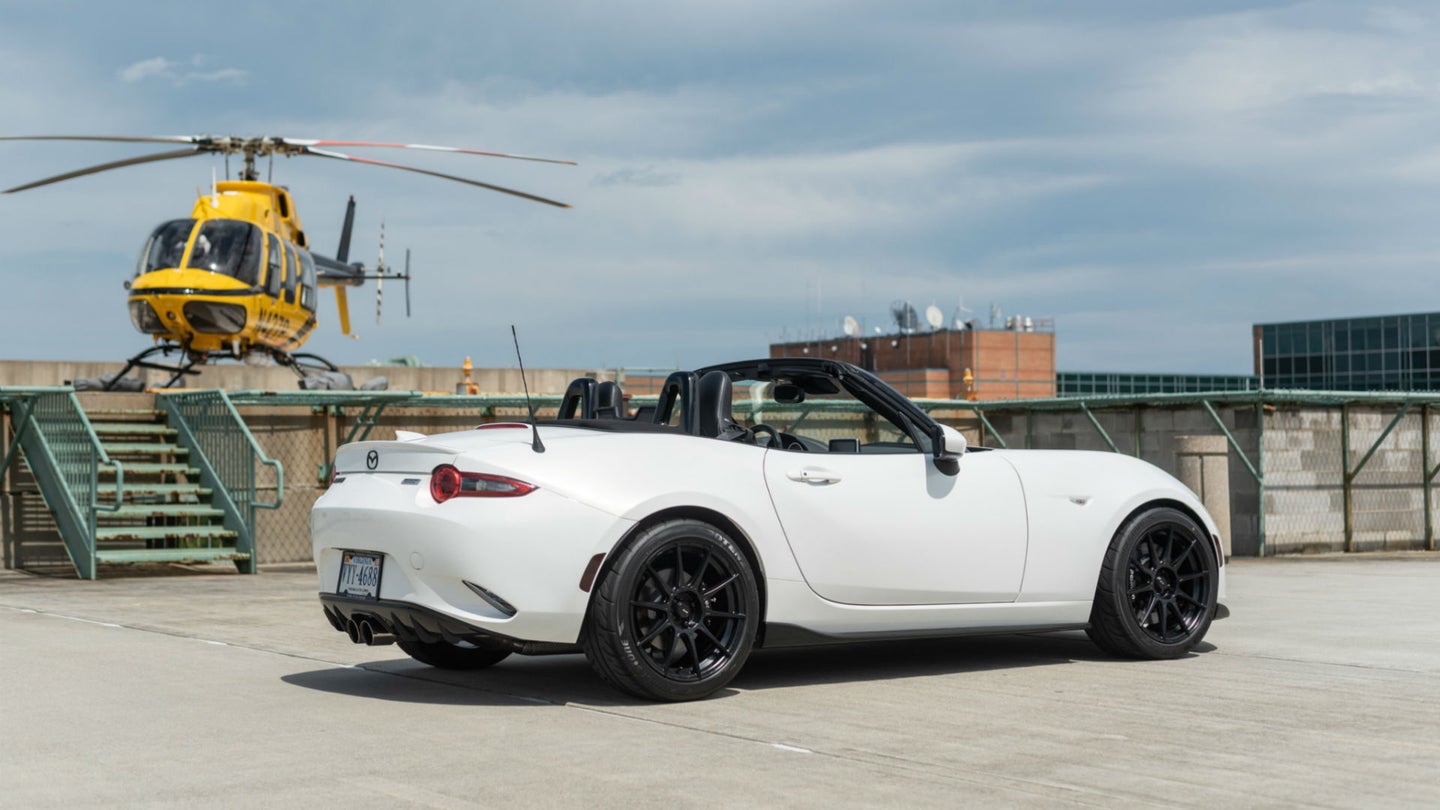 Are you of the mind that the sub-200 horsepower that comes from Mazda's factory isn't nearly enough grunt for the magical MX-5? Well, spotted for sale on Bring a Trailer is a barely-used, LS-swapped ND Miata seemingly made just for you.

According to its listing, this white 2016 MX-5 is the first customer car to get the V8 "Habu" conversion from the tuners at Palisade, Colorado's Flyin' Miata. The swap consists of a Lingenfelter-built, 6.2-liter LS3 V8 out of a C6 Corvette paired to a Tremec T56 six-speed manual and a GM differential.

The LS3-swapped Miata is said to produce 525 horsepower and weigh just 2,600 pounds.

For maximum peace-of-mind, the car is being sold by Flyin' Miata themselves on behalf of the owner and includes a clean Carfax and Virginia title, all the factory and conversion literature and documents, and—most notably, perhaps—just a little over 2,000 miles on the odometer. The thing's barely broken in.

I'm not usually the biggest fan of modified cars but I gotta say, this thing looks really cool particularly from the rear three-quarter view.

The auction ends on Wednesday and is currently sitting at $55,000, or pretty much double the price of a new, soft-top 2019 Mazda MX-5 Miata.