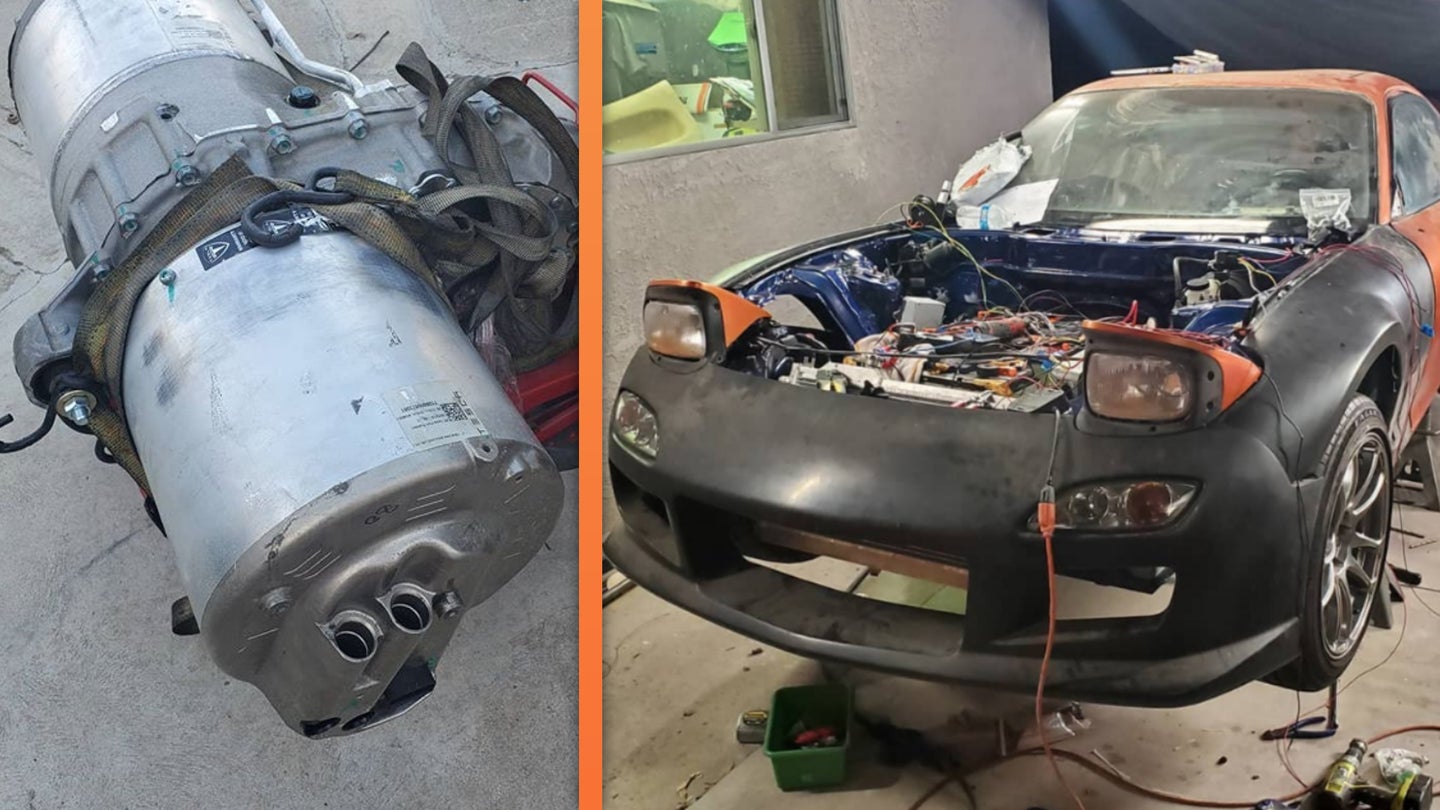 Is Tesla-swapping a car going to become more popular than LS-swapping a car? I'm not sure. Electricity is very confusing. I mean, nobody really knows how it works. Well, perhaps this guy does. He managed to install a Tesla drive unit and a battery pack of unknown origins into his Mazda RX-7. I wonder if he can fix my dryer.

The Tesla-swapped RX-7 was built by the owner of the appropriately named Instagram account, tsla_rx7. A little sniffing through their photos will tell you most of the story. It looks like they bought the car as basically a shell, and spent around a year getting it to where it is now.

In stock form, the FD RX-7 the Tesla-swapped car is based upon has a 1.3-liter, twin-rotor Wankel engine known as the 13B. Making a maximum of 280 horsepower in stock form, it's a favorite amongst tuners, with horsepower numbers over 1,000 not uncommon. Without some help from massive turbos, however, this motor makes very little torque. The owner of this RX-7 must've been a bit tired of that.

It appears as if this electric RX-7 is equipped with the drive unit out of a Tesla Model S. It's unclear where he got this drive unit, but perhaps it was from a car that crashed using Autopilot. The origins of the battery are also unknown. Perhaps somebody with more battery-related knowledge than me can clear that up.

Reading through some of tsla_rx7's other Instagram posts, it seems like getting this car going was no simple task. The amount of current running through electric car's drivetrains is no joke, it's easy enough to kill you. That's why you have to be extra careful when doing a swap like this.

I guess LS swaps aren't necessarily simple either, however the risk of being instantly vaporized by a jolt of powerful electricity does diminish significantly when you take the internal combustion route.

Regardless of the risks, this is an impressive build. The owner states that this sort of swap is around the same cost as dropping in an LS, which is pretty cool. I predict that cost will only get lower as more and more Teslas get wrecked, or their parts become more widely available.