7’s Day Was a Celebration of Mazdas, Tuners, and New York City

Every year, the Big Apple gets invaded by Mazda rotaries and their JDM pals. It’s a must-see event.

"If I can make it there," Frank Sinatra once sang about the greatest city in the world, "I'll make it anywhere." I think that goes for just about everything in New York City, including car enthusiast culture. Many people don't even think such a thing exists here, and why would they? Between the traffic, terrible roads, bad weather much of the year, the high costs of living and the lack of easy garage space to tool around in, New York seems like the last place in the United States where you'd want to be a gearhead.

Here's the truth: It kind of is, actually. But in spite of that, an enthusiast scene does thrive across the five boroughs and their outlying areas. The people who make it happen have to work harder than just about anybody else in this country to chase their passions.

Don't believe me? Then come back next July 7 for 7's Day, the giant, annual event for Mazda rotary aficionados and their close friends in the Japanese car and tuner scenes. You'll see what New York City's gearhead culture really looks like: diverse, energized, hardscrabble and delightfully weird, just like the town itself.

7's Day began several years to celebrate the Mazda rotary. It has since grown to be something of a global event, including in that automaker's home country of Japan. I hate to break this to you if you didn't know, but they aren't exactly cranking out new Mazda rotary cars; perhaps as a result, 7's Day events also host all sorts of Japanese cars, both the domestically sold and the imported kind, as well as a smattering of tuner BMWs and other friends in the automotive scene. It's a truly great modern car event. Everyone is welcome and everyone is down to hang out (and post on social media and their YouTube channels).

In New York, the local event is put on by Japanese tuner collective Prime (primenyc.co), and they do a really stellar job of inviting a wide assortment of cars and gearheads while making sure to prop up and celebrate the reason we're here in the first place—the Mazda rotary engine. Not just the RX-7, either, although you see tons of those here; you'll also catch tons of rotary rides from yesteryear like the RX-2, RX-3, RX-8 and the REPU, not to mention countless engine swaps.

Thanks to our 25-year law, in 2022, if you have the cash, you can now import pretty much everything from the Golden Age of Japanese cars—one that fell off in the late 1990s and early 2000s as that country went deep into a recession and its auto industry subsequently cut back on the really extravagant stuff.

So when you go to 7's Day, it's not uncommon to see things like a pair of Autozam AZ-1s parked next to one another with their gull-wing doors up; panda-livery AE86 Corollas; all sorts of mini-trucks and kei vans; rare birds like the Nissan Pulsar GTi-R; various Mitsubishi Lancer Evos that were never sold here; and enough Nissan Skylines to start a spec racing series on the spot. (As for the R34 Nissan Skyline, which began production in 1999, don't ask how those are here right now. What are you, a cop?)

There's no exclusivity here. The rotaries are front and center, but I've shown up in stuff like a Porsche 911 Turbo S Cabriolet, a Lexus LC 500 and, this year, the new Acura Integra. All of them have been extremely welcome. This year's event was huge, too; well over 100 cars, by our (very) rough count. One person even brought a freaking TVR Chimaera; I'm not even sure I've ever seen one of those in this country before.

After gathering in a park in New Jersey, the convoy moves into the city itself and eventually makes it down to Times Square, which this year got pretty jammed up thanks to road construction. Typical New York stuff, right? But that's the magic of it all. Bathed in the cyberpunk-esque billboard lights, you see the magic of how cars can bring so many different kinds of people together. And they're all locals, too; a good many of them willing to import, drive, wrench on and enjoy their dream cars, even if that means dealing with potholes, alternate-side parking, limited garage space and the misery that is swapping out a radiator fan on a Brooklyn street when it's 18 degrees outside. (Ask me how I know about that one.)

7's Day NYC isn't just a showcase of the thriving rotary spirit, it's a testament to the iron determination of New York's gearheads. They're as deep into this passion as anybody else in the scene. They just have to work a little harder for it than most. As the Prime folks themselves said: "Most people do not understand how rich and deep the automotive culture of NYC and the East Coast is. We have to go through a lot just to own and drive a car here, so to be an enthusiast, you need to be cut from a different cloth."

After all, nothing that's truly worth it is meant to be easy, right? 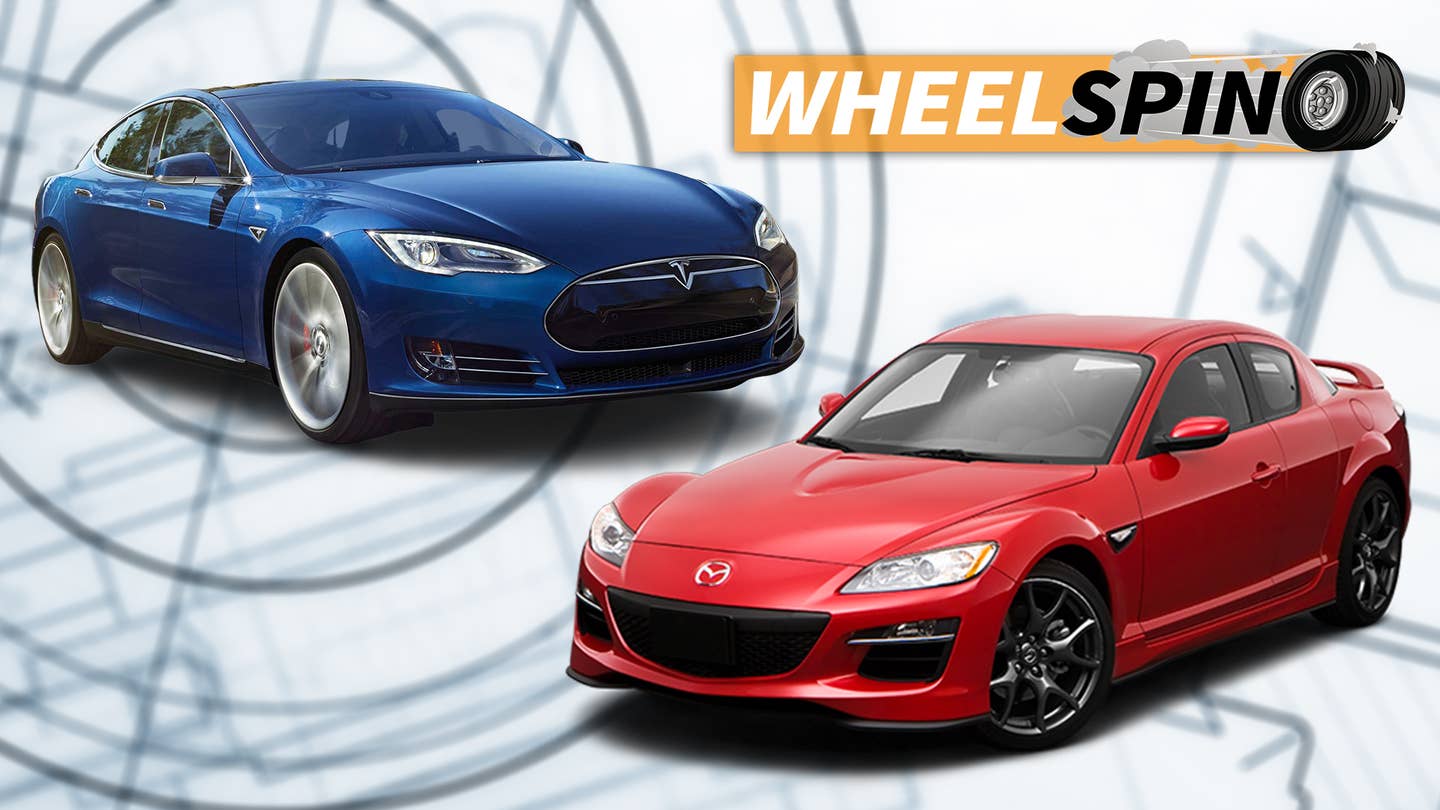 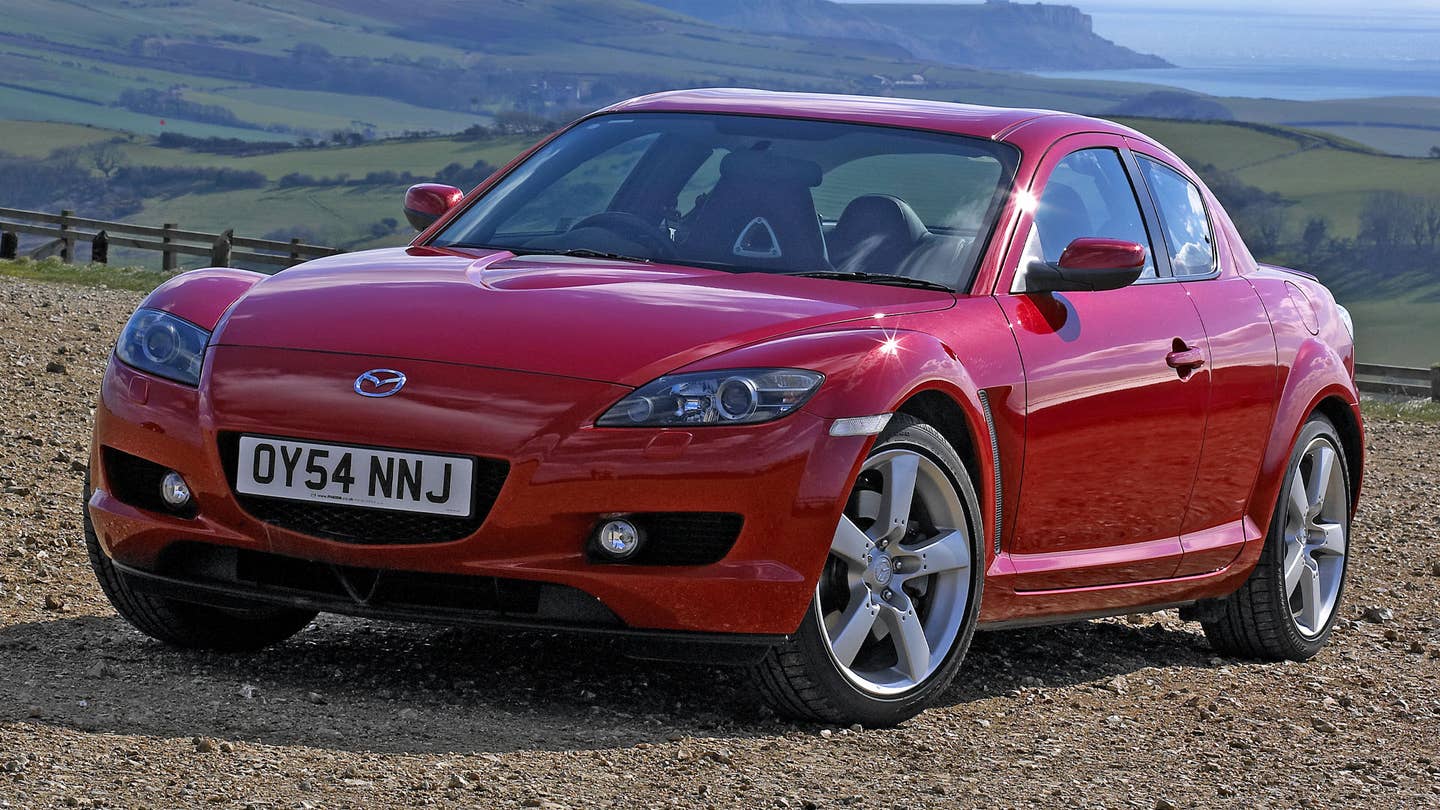 Final Rotary: The Last Mazda RX-8 Was Built a Decade Ago Today

The RX-8 was the last vehicle fitted with a wankel motor driving the wheels. The future of that style of engine is still unknown. 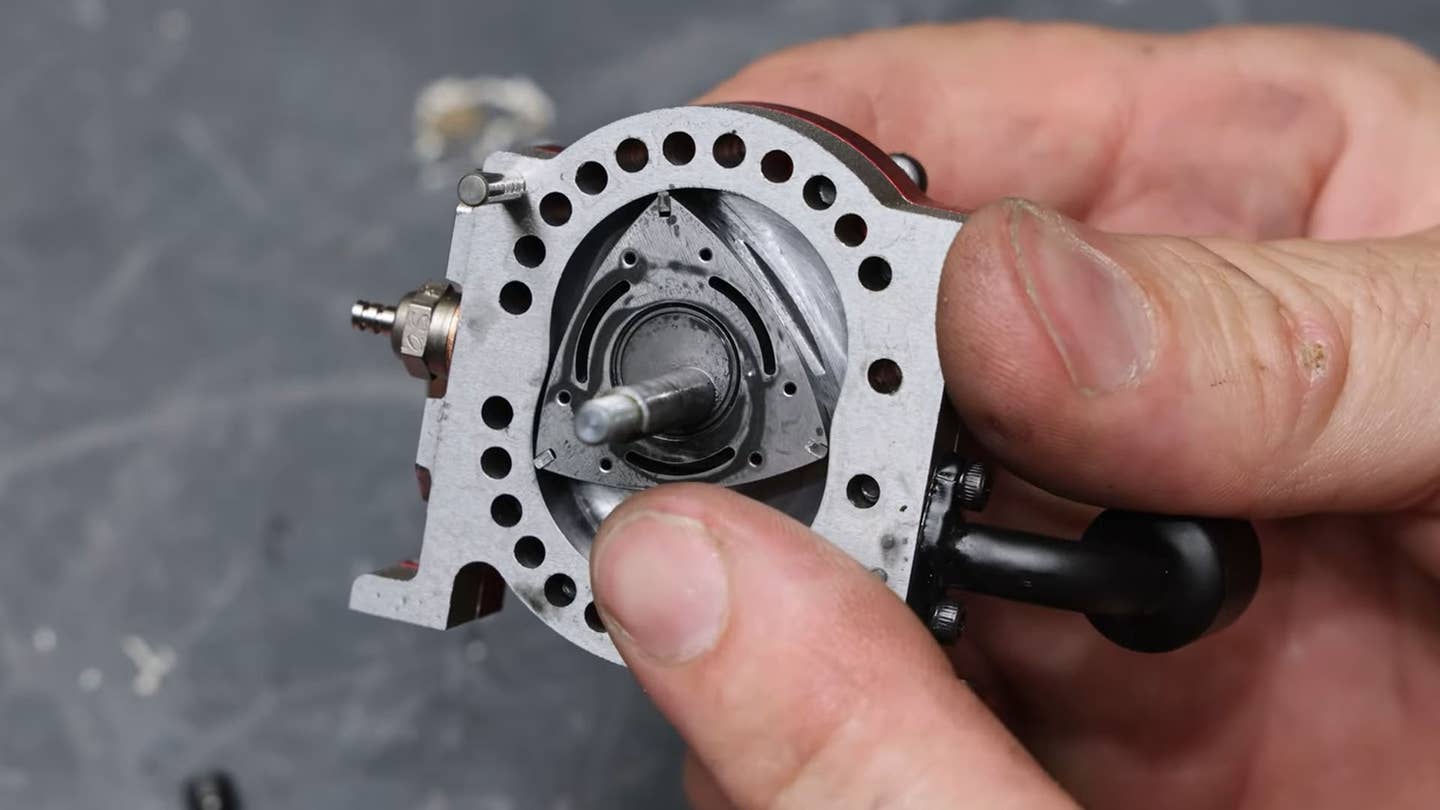 Listen to the World’s Smallest Rotary Engine Scream at 30,000 RPM

The microscopic motor has just 2.46 cubic centimeters of displacement.