This gives a whole new meaning to ‘biker gang’ as this wrecking crew came through on 10-speeds. 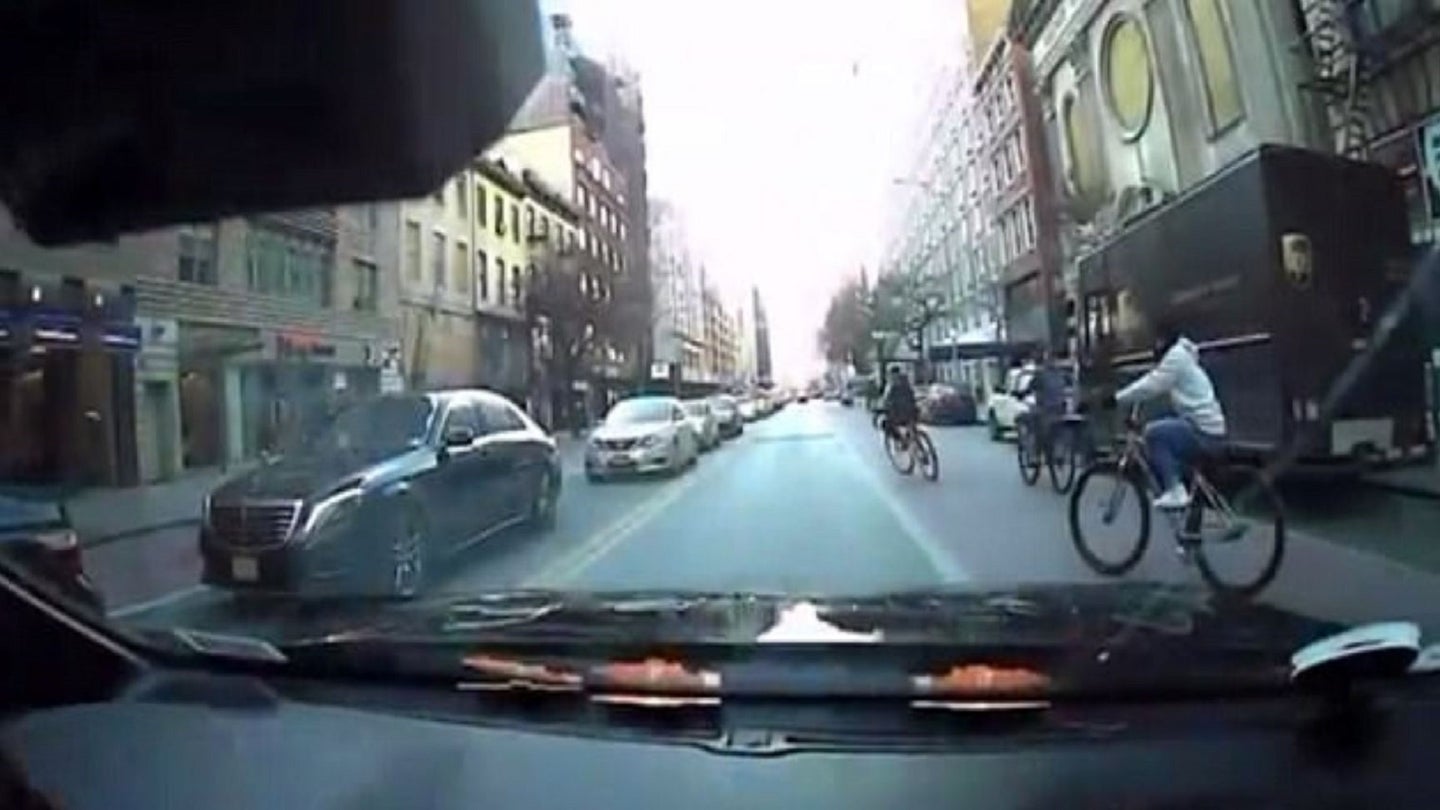 Normally when you hear the phrase “biker gang” you think Hell’s Angels, Sons of Anarchy, or an equivalent crew of leather-clad tough guys swinging chains and causing general mayhem—you don’t think of helmets or spandex shorts. Times are changing my friends, because now there are roving mobs of people on 10-speeds tearing up the streets. According to NBC New York, a gang of 14 to 16 bicycle riders showed up on the streets of New York’s Chelsea neighborhood riding down the street the wrong way, surrounding cars, and harassing drivers.

Resident Timothy Lanley was attacked when his rear windshield was smashed in by the hoodlums. When he rolled down his window to yell at them, he got smacked in the head. Lanley said, “They mobbed the car, and then when I got out the car to tell them not to do what they were doing to the car, they attacked me.”

An unnamed Uber driver also had his car damaged. As he was dropping off a passenger, the bicyclists came up to his car, kicking it and scratching up his paint job. The driver estimates the mob did about $1,000 of damage to his new car.

Witnesses say some of the cyclists were wearing masks as they zig-zagged through cars, going the wrong-way down Seventh Avenue at around 4:00 p.m. EST on Saturday. Resident Emily Stephen saw the roving pack heading down the street, a surreal sight. “It was crazy," she said. "I just saw all the bikes going up Seventh Avenue and I saw them surrounding the car.”

There was all sorts of madness going on. A driver who had been assaulted whipped a U-turn against the flow of traffic to try and catch up with the group. During their illicit turn, they accidentally hit a New York Police Officer, injuring the officer’s leg and hand.

Thanks to the wonder of the internet, we’ve got dash cam footage of the event. Be sure to check it out as it’s worth a watch.