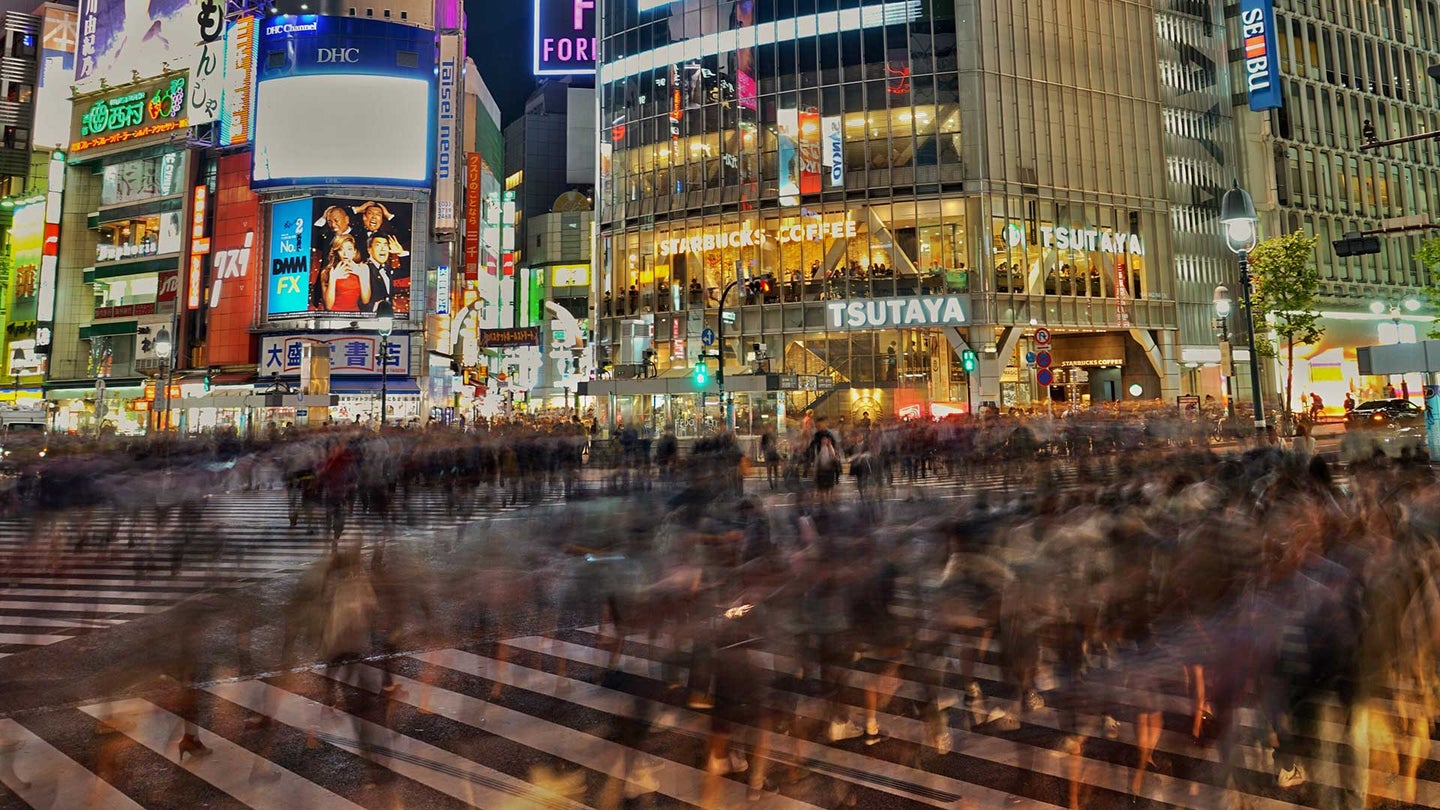 Around the world, the idea of “shared spaces” is slowly taking root. Not in the sense of offices for upstart entrepreneurs or some new touchy-feely social movement; rather, the idea that motor vehicles, cyclists, and pedestrians can happily coexist without any traffic lights, lane markings, or signage. Zero. Zilch. The idea is that both parties—through the sheer power of self-preservation—will be extra-vigilant in the absence of specific instructions. When you’re in a shared space, you proceed cautiously, as does everyone around you. No one gets hurt, everyone gets out alive.

The concept began in the Netherlands in the early 2000s and has spread to urban and suburban centers in Europe, Africa, and Asia, mostly in isolated experiments in specific intersections or neighborhoods. It hasn’t taken root in the U.S. just yet, though Seattle has at least one shared space—Bell Street Park—and there’s a three-block stretch of Argyle Street in Chicago that’s also a shared space.

Results have been mixed. While some areas report double-digit decreases in accident percentages and improved traffic flow, others report confusion about how to navigate the areas and a degree of visual chaos that the removal of signage and lights was itself meant to eliminate—that is, too many cars and people heading every which way. But according to a new study of no fewer than 11 shared spaces in England, the idea just might outlive its growing pains. The U.K.’s Chartered Institution of Highways & Transportation (CIHT) released the report, called “Creating Better Streets,” this month, finding that, for the most part, the changes were having net-positive impacts on their communities.

For instance, of the 11 projects examined, most saw overall improvements in terms of ease of movement throughout the street and the overall quality of the environment, given the decreased traffic infrastructure clutter and the increase in things like benches and public art. Safety and public health saw mostly neutral or positive benefits, while the quality of creating an inclusive environment—that is, being hospitable to a wide variety of users—was the sole category that saw neutral or negative impacts. These specifically related to users with physical or visual disabilities, who either found the new environments more hostile, often to the degree that they’d avoid them.

One of the key take-homes from the study, however, is the idea that even if the specifics of traffic movement are left purposefully vague, the terminology used to describe the environments shouldn’t be. CIHT recommended, in fact, abandoning the term “shared space” and replacing it with more specific terminology that better describes the philosophy behind specific designs. So “pedestrian-prioritized streets” would refer to those designed for people to move about freely, with cars designated as guests; “informal streets” would be absent all traffic controls but still have sidewalks and streets for people and cars, respectively; and “enhanced streets” would be restrictions on pedestrian movement have been removed, but where the traffic control systems remain. The designations would be chosen based on the estimated daily traffic flow, with enhanced streets being the least impactful.

Given the U.S. fondness for at least a hint of structure, such clearly defined categories could help sway more towns on this side of the ocean to give it a try. After all, American drivers in the Chicago and Seattle efforts have reportedly been befuddled about where to park in the shared streets...or even whether they’re allowed to be there in the first place.