The once-in-a-lifetime trade-in contained one first-generation MR2 for every year of production. 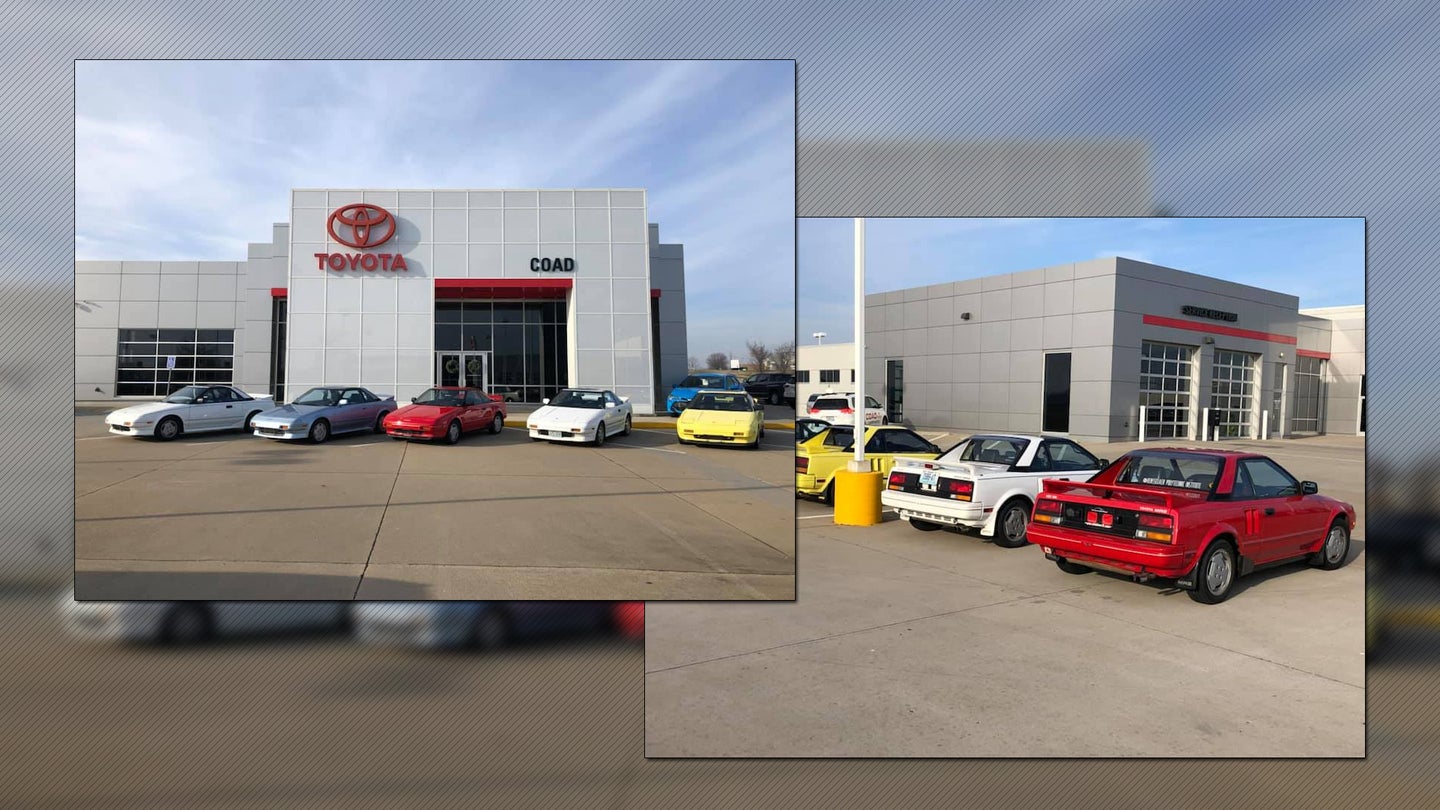 Would you trade in your collection of uncommon '80s dream cars in order to get something a bit more modern into your stable? Earlier this week Ben Brotherton, the sales manager at Coad Toyota in Missouri, received a rather obscure trade-in of not one, but five first-generation Toyota MR2s.

According to Brotherton, the once in a lifetime trade-in came from a retired college professor who had fulfilled his dream of collecting one of every model year first-generation MR2s. After declaring that maintaining five classics was just too much to keep up with, he wanted something a bit more commonplace to be the centerpiece of his collection.

Here's a brief look at what the trade consisted of:

It's also worth noting that the particular gentleman who traded in the collection also sold the dealer a black first-generation MR2 in 2017 when he bought a new brand new Tacoma, meaning that the collection consisted of at least six cars at one point. These five examples helped fund his newest purchase; a low mileage 2016 Mazda Miata.

According to the dealer, after posting the trade-in on social media, prospective buyers reached out from all over the country wanting to purchase the cars. At the time of writing, all but the yellow 1985 MR2 have been sold since Monday.

Think of it as a working-class Tesla Roadster.