The Chevy Colorado now sits in third, followed by the Jeep Gladiator and aging Ford Ranger. 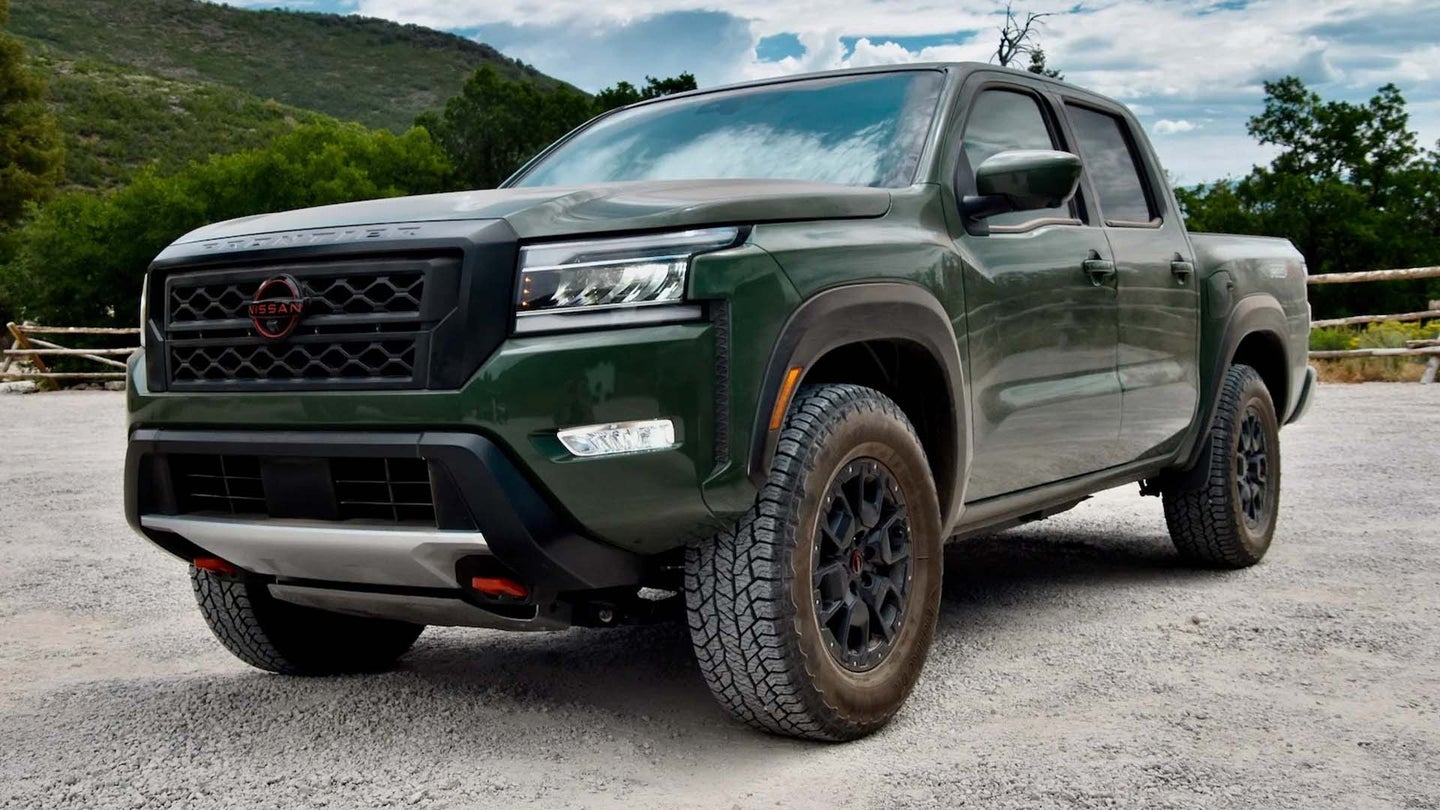 You've probably noticed by now that there's a new Nissan Frontier around. After 15 years of seeing trucks that looked virtually the same labeled as "new" by the automaker, we finally got a legitimately fresh Frontier for 2022. Drivers have shown their appreciation by actually purchasing them in the first quarter, pushing Nissan's midsize truck into the category's second slot behind the Toyota Tacoma.

To be clear, the Tacoma is still far ahead with 53,182 units sold in the United States through March. Even then, that's a 20 percent decline year-over-year, while the Nissan saw a 107.8 percent surge to 22,405 sold. Folks must like this Frontier's new styling and its 310-horsepower V6.

This means the Chevy Colorado is stuck in third place as General Motors reported 21,693 sales of the truck, a 9.9 percent drop. Combined with the 6,160 GMC Canyons that reached customers in the first quarter, GM sold more midsizers than Nissan, but it took two brands to do it. Take that as you will, but in terms of single models, the Frontier wins this battle.

Somewhat surprisingly, the Jeep Gladiator is a good distance behind in fourth place with 17,912 sold. Maybe people are getting fed up with those all-too-familiar market adjustments. Ford's Ranger rounds out the top five, then, with 17,639 sales year-to-date. And yes, that's fewer than the Maverick.

We'll have to see how this story plays out in the next three quarters, but a strong start is undoubtedly important for Nissan. Sales of its full-size Titan pickup are dropping still, totaling just 6,415 year-to-date, so the car company's gotta lean heavy on the Frontier. It looks poised to beat out the domestic offerings on their home turf, but the question remains, who can dethrone Toyota and the ancient Tacoma?

The Project Hardbody is one of three modified Frontier concepts coming to the Chicago Auto Show.

2022 Nissan Frontier Review: From Afterthought to a True Midsize Contender

Driving Nissan’s redesigned midsize pickup will remind you of the old model—but mostly in good ways.