People really do want smaller pickups—especially if they’re on the cheaper side. 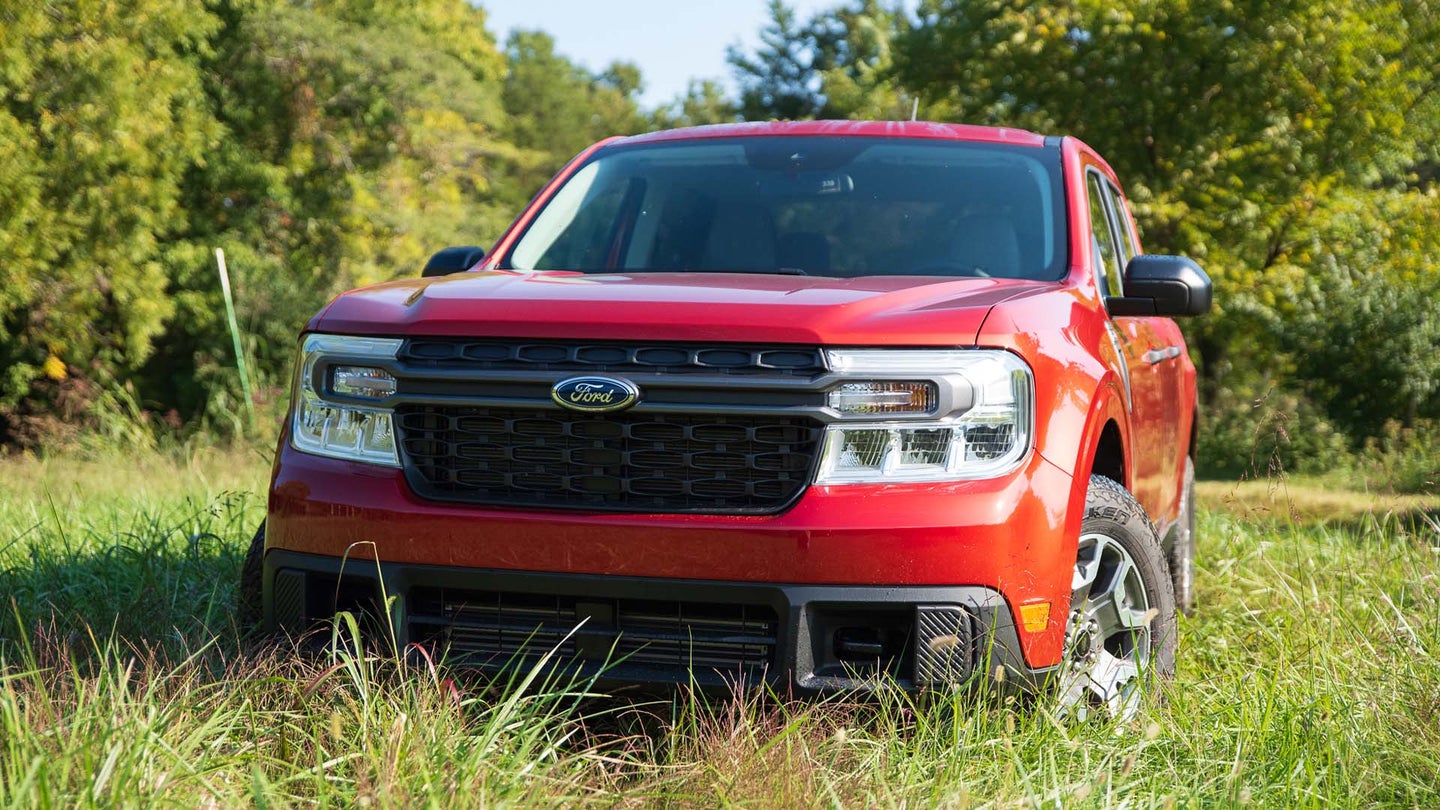 So long as the world keeps turning, Ford's going to keep selling trucks. That's long been true of the full-size F-Series range, and now, it can once again be said for compact pickups. The Ford Maverick is a hot-ticket item—when one hits dealer lots, it only stays there for an average of four days—and it outsold its closest competitor, the Hyundai Santa Cruz, by more than double in the first quarter of 2022. Oh, and it also outsold the Ford Ranger.

Ford's Q1 sales report shows it has moved 19,245 Mavericks through March, while precisely 8,400 Hyundai Santa Cruzes were sold during the same period. This is significant given that these two are by far the most direct rivals with unibodies, four-cylinder engines, and front-wheel drive as well as all-wheel drive. And if you're curious about the Honda Ridgeline, people bought 9,189 of 'em.

When it comes to Rangers, Ford sold 17,639. That's a decrease of 27 percent year-over-year, which can be attributed to new offerings in the midsize pickup category—namely, the Nissan Frontier. Indeed, the Maverick might also be to blame as people who simply don't need that much truck now have a more modest option to turn to. Consider both of those, and the fact that a next-gen Ranger is coming very soon, and you'll see why the current, aging model isn't doing so hot at the moment.

Ford has essentially locked in demand for the Maverick by closing orders for the truck until this summer. In the meantime, it's working on the backlog of existing orders that built up for months. You're not likely to find many at a dealership unless someone decided to ditch their order prior to delivery, and as a recent study shows, they're likely to be marked up a whole bunch. That's the world we live in right now, which just isn't great for buyers.

While unconfirmed by the automaker, it's believed that order banks for the Ford Maverick will open up again in August with production of 2023 models supposedly starting in October.

The Maverick is one hot-ticket item, but Adam Edwards is cutting into it like it’s nothing.

Making accessories for the tiny pickup is getting a whole lot easier.