The 1979 Porsche 928 From Risky Business Is Up for Auction

Clearly, this is not the one that sank to the bottom of Lake Michigan. 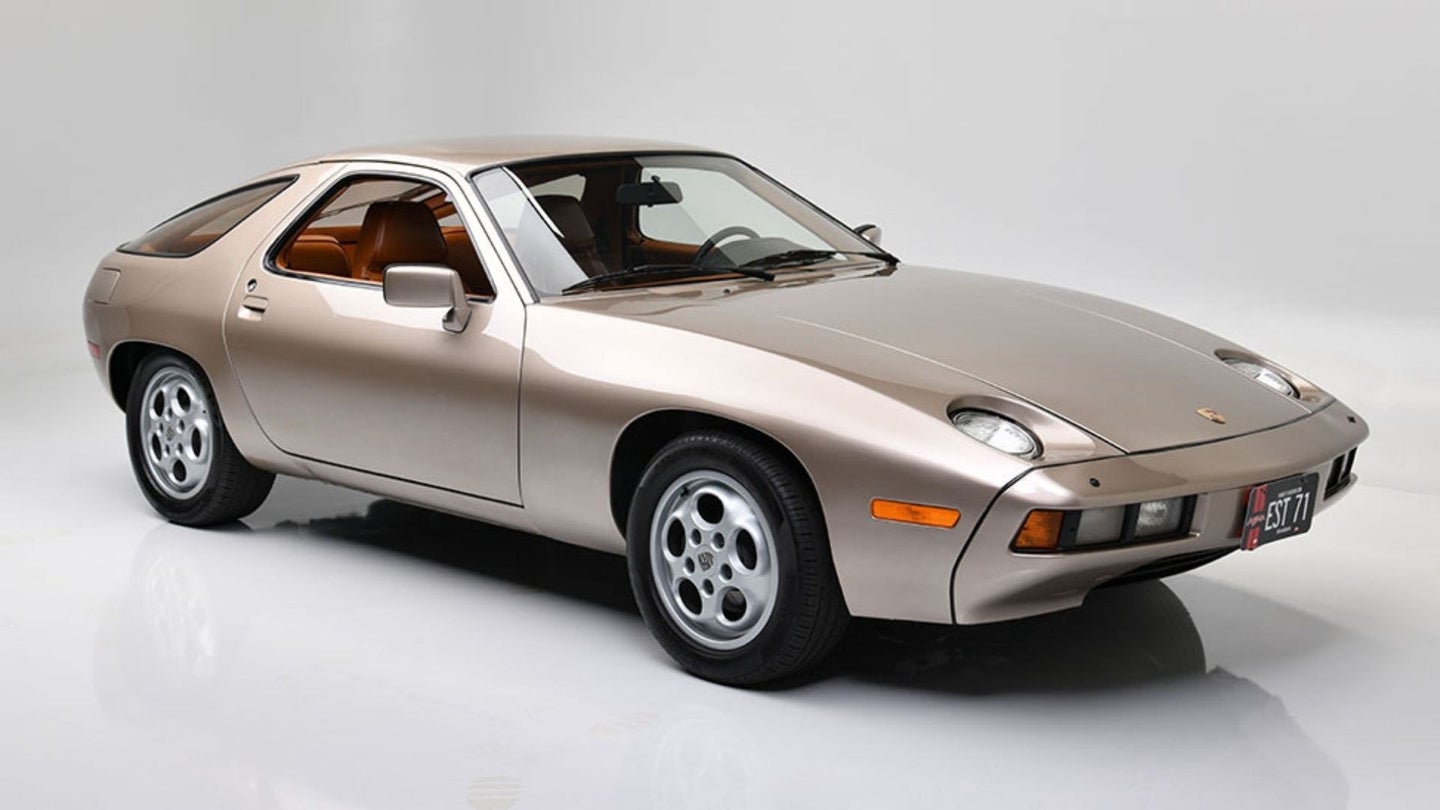 Before Tom Cruise took a wrong turn down Wackadoodle Lane in his personal life, he was cranking out more movies than my ice cream maker serves up frosty treats. He played a small part as a hyper teenager on The Outsiders and hit his stride in the cult classic Risky Business, the explicit coming-of-age story from 1983, before moving on to big hits like Top Gun, A Few Good Men, and the Mission Impossible franchise.

Risky Business offered a big breakout role for Cruise and co-star Rebecca De Mornay, but the real star (for enthusiasts, at least) was the iconic Porsche 928. After a long and pampered life in a private collection, one of the hero 928s from the movie will be available for sale at the upcoming Barrett-Jackson Houston auction with no reserve.

According to the auction house, this is the hero car Cruise piloted through most of the scenes. Before product placement was a thing, Porsche got more than its fair share of publicity and Autoblog reported that producer Jon Avnet recognized this would be big for the German brand. Cruise’s character Joel Goodsen even lowers his Ray-Ban Wayfarer sunglasses and looks straight into the camera to repeat Porsche’s slogan: “There is no substitute.”

Barrett-Jackson says Cruise learned how to drive a manual on this very Porsche, which I would imagine set him up for disappointment for future cars with a stick. This five-speed 928 has a 4.5-liter V8 under the hood making 219 horsepower and it’s capable of accelerating from zero to 60 mph in 6.8 seconds. The top speed on the RWD 928 is 143 miles per hour.

This car was originally sold to the filmmakers by Chicago-based Lee Klinger Porsche, which was recognized in a pivotal role near the end of the movie. In his documentary The Quest for the RB928 (Risky Business 928), filmmaker Lewis Johnson tracked his search for this particular Porsche, and later owned it for a brief period of time. Johnsen uncovered the information that the Lee Klinger dealership sold more snub-nosed 928s than any other showroom in the country in the 1980s.

This Porsche will cross the block at Barrett-Jackson's inaugural auction in Houston, Texas September 16-18. Tempted? As Goodsen’s friend Miles Dalby would say in the film, “Sometimes, you gotta say what the f%^&.”