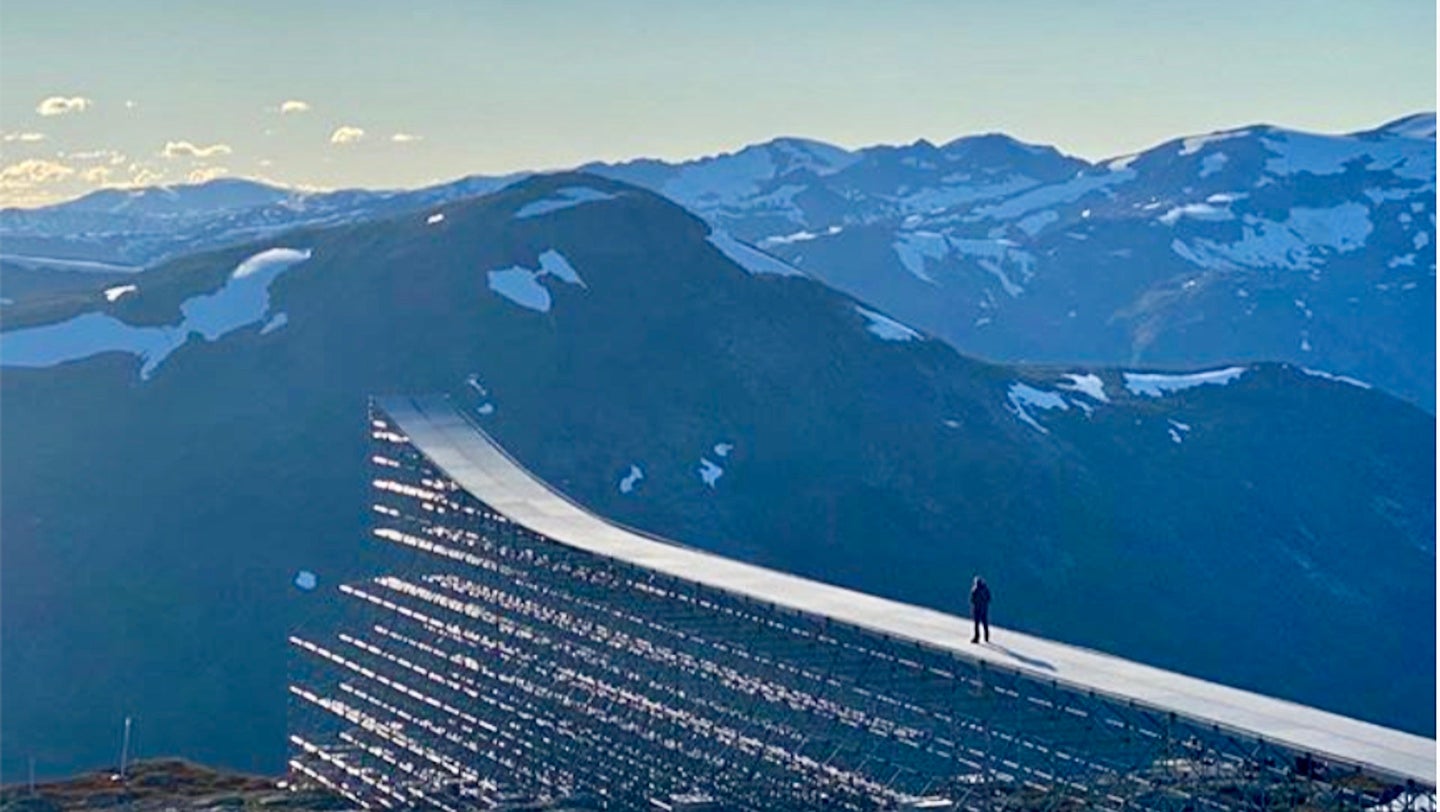 After a lengthy delay due to COVID-19, production on the next Mission: Impossible movie has finally kicked off, and it doesn't look like Tom Cruise is slowing down one bit for Ethan Hunt and the gang's seventh cinematic outing. Just look at the size of that ramp.

Taking to Instagram, director Christopher McQuarrie posted a picture of this absolutely ridiculous structure built by the production in the mountains of what is reportedly Norway. "Action... #MI7 Day 1," the post is captioned.

If you thought Tom Cruise would be jumping this thing in a motorcycle sans helmet, you assumed correctly because captured by a Norwegian news outlet and popping up on Twitter a couple of days earlier is footage of him doing just that with both a drone and a camera helicopter in tow.

The video isn't really clear enough to confirm what kind of bike was just sacrificed for the sake of entertainment but, for what it's worth, Cruise was recently spotted riding what appears to be a Honda CRF450R during what looks like rehearsals of some sort for this same stunt. Unless the IMF has suddenly switched out its BMW-supplied M5s for Civic Type Rs, however, don't be surprised if the bike that actually makes it to the screen continues to be some kind of BMW.

What we do know for sure, however, is that in typical Tom Cruise fashion, the man on the back of said bike is, in fact, Tom Cruise and not a stuntman.

As an auto writer, sometimes I like to think I get to do cool things in the name of "work," but jumping a motorcycle off of a dope ramp built on a Norwegian cliff before transitioning into an epic BASE jump is not something I can compete with.

The Chevy-powered movie car comes with a signed photo of Cruise and is expected to fetch around $90,000.