A French photographer drove this one of 2,000 Smart Crossblade roadster into a car wash on a dare. 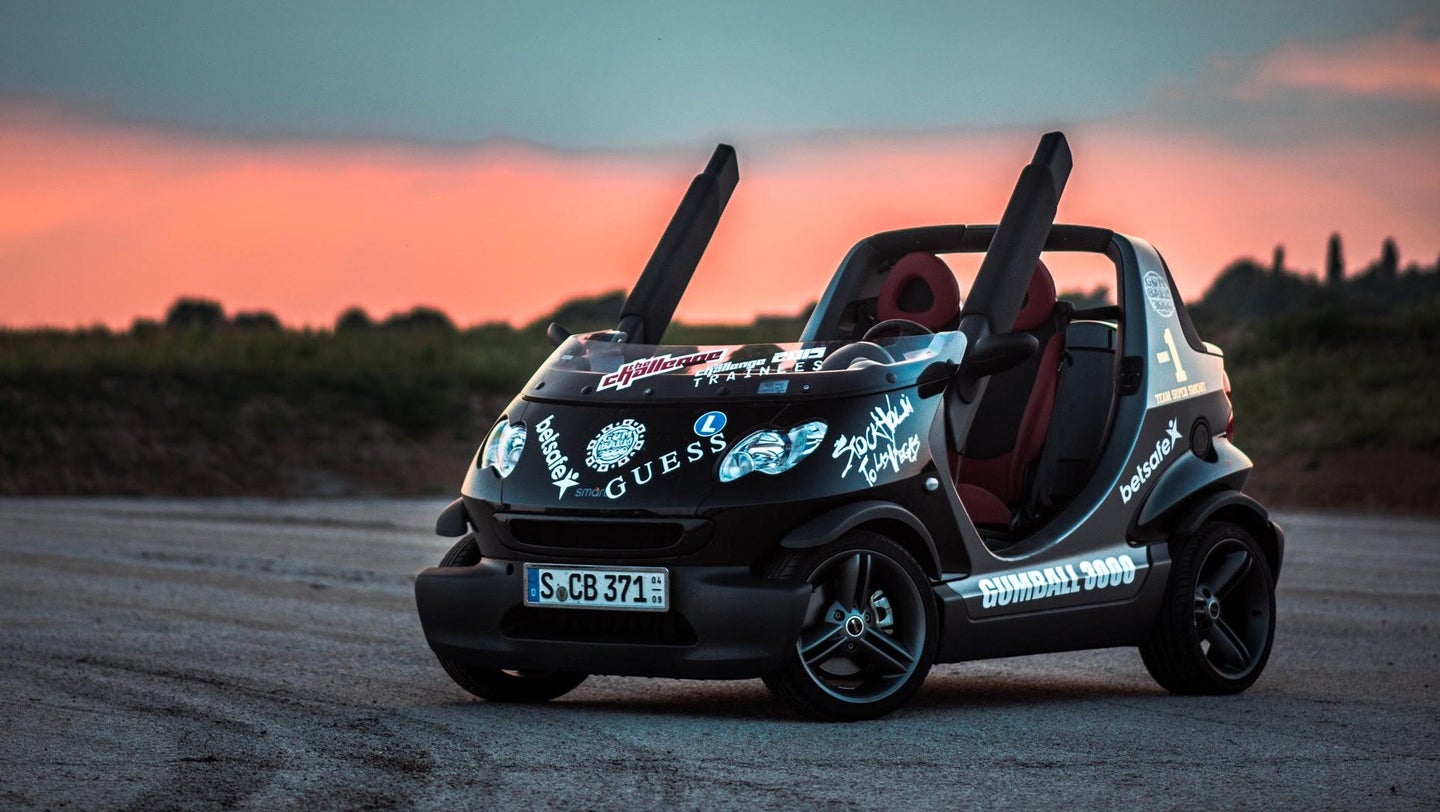 A professional automotive photographer by the name of Calvin Courjon recently drove an open-air Smart Crossblade through an automatic car wash in France, and he filmed the event for us all to laugh at.

If you've never heard of a Smart Crossblade before, that's understandable. Only 2,000 examples of the quirk-mobile were produced, and they were sold by Mercedes solely in the European market. There are two important features that distinguish a Crossblade from a bog-standard Smart ForTwo. First is the complete removal of the cars roof, doors, and glass. In their place are some safety bars and a motorcycle-style windshield. The car's real party trick, however, is its "weatherproof" interior, made possible by strategically placed drain holes in the body. This allows the Smart to be safely driven in the rain, or through a car wash.

To get an idea of what it's like to be sprayed in wash solution with only a snorkel for protection, The Drive got in touch with Courjon over email. When asked why he would attempt such a stunt, he responded: "Well, I'm leaving Paris for one year as I'm going to Asia. So was my last day with my best friend and I told him I bet you wouldn't go with me in a carwash as I wanted to do something fun to have good memories with my best friends and a funny video for the launch of my newly created Youtube Channel!"

Courjon and his co-pilot first did some dry runs with the automatic washer to make sure the spinning brushes didn't thwack them in face. While the water spray was cold, he says that drying fan was actually much colder. Courjon also confirmed to The Drive that the Crossblade is really as weatherproof as Mercedes claims, and filling it full of soapy water has not caused any issues.

To see some examples of Calvin Courjon's photography work, including shots of Paganis, Bugattis, and a 250 GTO, you can go check out his Instagram page.

You’ll never need to worry about finding a hose again with this bad boy in the trunk.

Learn to be like Jay—or at least, clean a car like him—on a special trip to Leno’s Big Dog Garage.