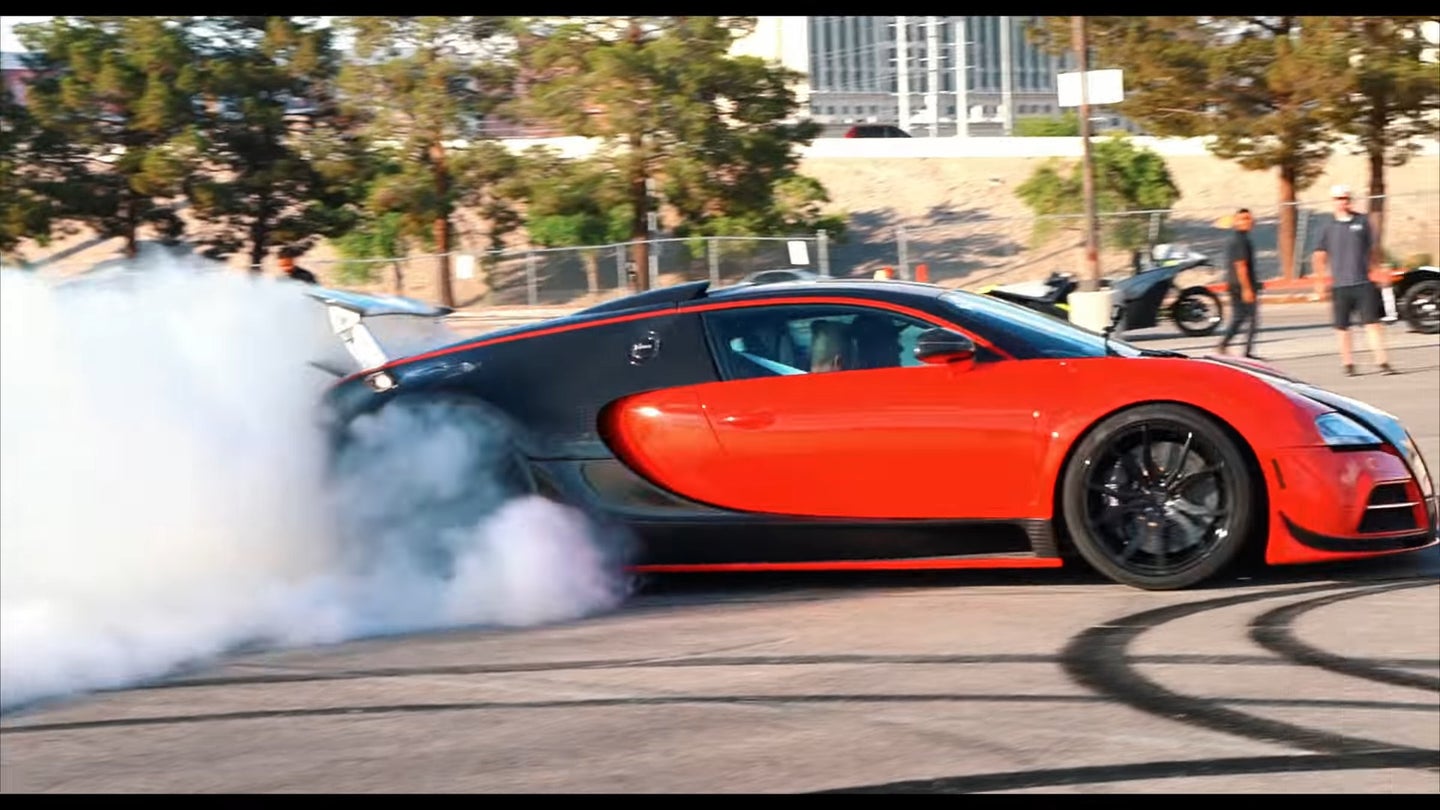 Weighing in at over 4,000 pounds, the Bugatti Veyron is a heavy car. Its awkward handling and abysmal turning radius, attributed partly to its weight as well as its permanent all-wheel-drive system (plus a massive wheelbase), is a common complaint among owners and bottlenecks the driving experience of a car that was once the pinnacle of automotive performance.

Houston Crosta, founder of the Royalty Exotic Cars rental company in Las Vegas, has solved the issue that plagues Bugatti's most iconic hypercar by converting his donut-obsessed Mansory Bugatti Veyron to rear-wheel drive, as detailed in a video posted on the company's YouTube channel. In just a day and a half and with help from fleet manager Jesse Tang, Crosta was able to complete the conversion.

While swapping a car's drivetrain is no easy task, taking apart a car as exclusive and expensive as a Veyron isn't as hard as it sounds. Thanks to Bugatti's acquisition by the Volkswagen group, most of the Veyron's internals are familiar to those who have worked on other VW exotics such as Lamborghini Gallardos and Audi R8s, which Crosta and his team have experience with. To make the Veyron send all 1,100 horsepower (roughly) to the rear wheels, Crosta essentially had to remove the front differential, which meant taking apart the entire front axle– the hardest part of the ordeal.

After a brief test drive, the car miraculously throws no fault codes and the only apparent changes to the car's driving behavior are improvements. "Everything is better now," Crosta explained in an interview with Road & Track. "If you're a good driver, and you enjoy cars, you'd love it. It feels like a car with this much power should."

What do you do when you have a rear-drive Bugatti with brand new tires? You pull off the smokiest of burnouts, which is exactly what Crosta did. According to R&T, Royalty Exotic Cars had previously fitted the Mansory Veyron with bespoke wheels that could fit much cheaper 355/25R21 Pirelli P Zero tires, a $3,000 set of tires rather than the $40,000-plus set that factory Veyrons use.

Watch the rear-wheel-drive Veyron shred its Pirellis below.

Drifting a 911 Turbo S at the Porsche Ice Experience