This Is What a $21,000 Oil Change on a Bugatti Veyron Looks Like

No wonder it's so expensive. But then again, if you own a Bugatti that should not be a surprise. 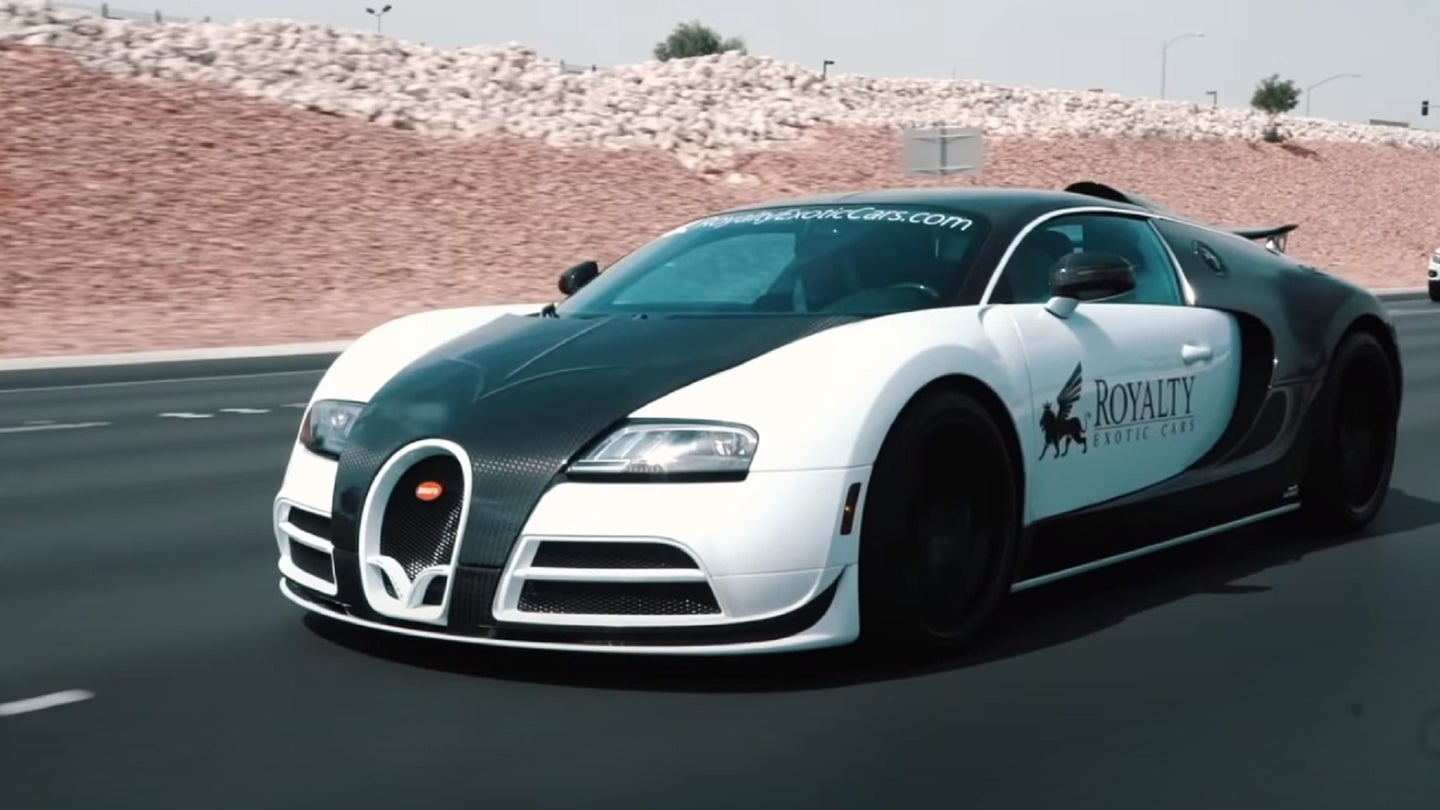 One of my friends owned a Porsche Boxster in Zanzibar Red that he loved, but it had one annoying problem: every oil change cost him upwards of $250. Compared to the $30-50 that it might cost for an average sedan, that feels like a lot even if you have a Porsche. Now imagine what it might cost you to complete the same service on a $3 million Bugatti Veyron Mansory Vivere.

Does $20,000+ sound about right to you? Because that’s what Royalty Exotic Cars of Las Vegas says that’s what it takes, and 31-year-old owner Houston Crosta decided to do it himself instead of coughing up 20 large.

Reddit users went a little nuts today over Crosta’s video of the process, which was recorded in 2018.

Some of the more amusing comments included “Normal dude on Reddit can't afford a Bugatti; more at 11” and “Pssh, my ‘99 Silverado cost me 500 bucks and it came free with a big ass dent on the driver side.” Oh, Reddit.

Changing the oil in a Bugatti is not a simple process by any stretch of the imagination. There’s not one drain plug; the Veyron's dry-sump oiling system has 16. The 60w oil is thick and difficult to drain. And the air filters, along with the oil change, require removing big hunks of the Bugatti’s beautiful body. The tires, rear fender liners and rear deck have to come off just to get to the areas one needs to access to perform the service.

If you’re going to rent an exotic, there’s no showier place to do it than Vegas, where Royalty Exotic Cars is based. Crosta, who started his career hawking electric scooters on the Las Vegas strip, now owns millions of dollars in supercars that his company rents to tourists for hours at a time, including his Veyron. You can’t commission Crosta’s Bugatti, but you could rent a McLaren 720S for four hours for $799. Or a $500,000 750-hp 6.5L V12 Lamborghini Aventador S for a grand.

“No, I’m not broke,” Costa posted on his YouTube channel to erase any doubt. “I just thought it was a fun project and yes, I have a clear protective film all over the car. Here is our first time taking the Mansory Bugatti apart.”

This falls into the if-you-have-to-ask-you-can’t-afford-it territory. If you don’t have an annual $20K ready for your Bugatti’s oil change, you might want to consider a Boxster instead.