Of course, you'd expect it to for hundreds of thousands of dollars. 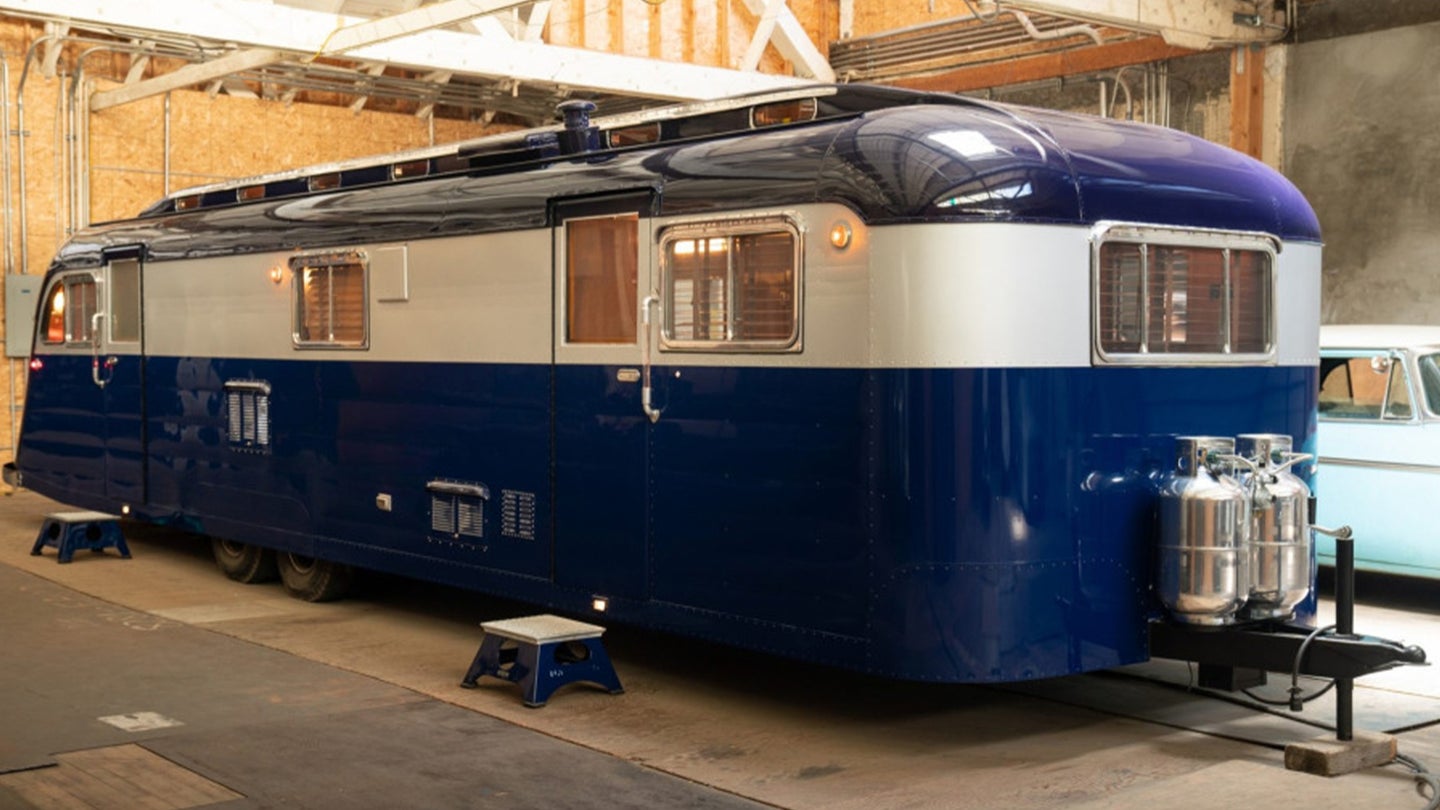 You'd probably agree with me that most new Cadillacs are, indeed, luxurious. Compare any of them with a far more expensive Rolls-Royce, though, and the gap would be clear. That's the case with traditional Airstream campers and this astonishingly cushy 1950 Westcraft Capistrano. In addition to its flawless, three-tone, blue-over-and-under-silver paint job, it flaunts an Art Deco-inspired interior featuring refinished birch wood paneling, pine floorboards, period appliances, and way more for idealistic California living.

It's on the auction block at Bring a Trailer with a current high bid of $240,000. The sale won't be complete until tomorrow so there's plenty of time for that number to climb, which it will. It's nicer than your rich uncle's pool house and it can be towed anywhere, which is great. Only thing is, you've gotta trust other drivers not to smash the 33-foot trailer you're pulling that may also cost more than your rich uncle's pool house.

As you'd expect from something so posh, it's recently been redone by people whose names are mentioned specifically in the listing, like we should know who they are. Maybe you do if you're into SoCal style, in which case, congrats! This seems like your kind of RV.

Exactly what type of recreation this Westcraft is good for may be different than your usual camper as well. It'd be a shock to see this pull up at any national park, and the seller even offered a few suggestions on how to use it. They include "a small home, guest house, pool house, studio, office, man cave, meditation retreat, museum exhibit, or as the centerpiece of a very fine vehicle collection." They also mentioned how it wouldn't truly be suitable for a heavily trafficked VRBO, "but that's just their opinion." 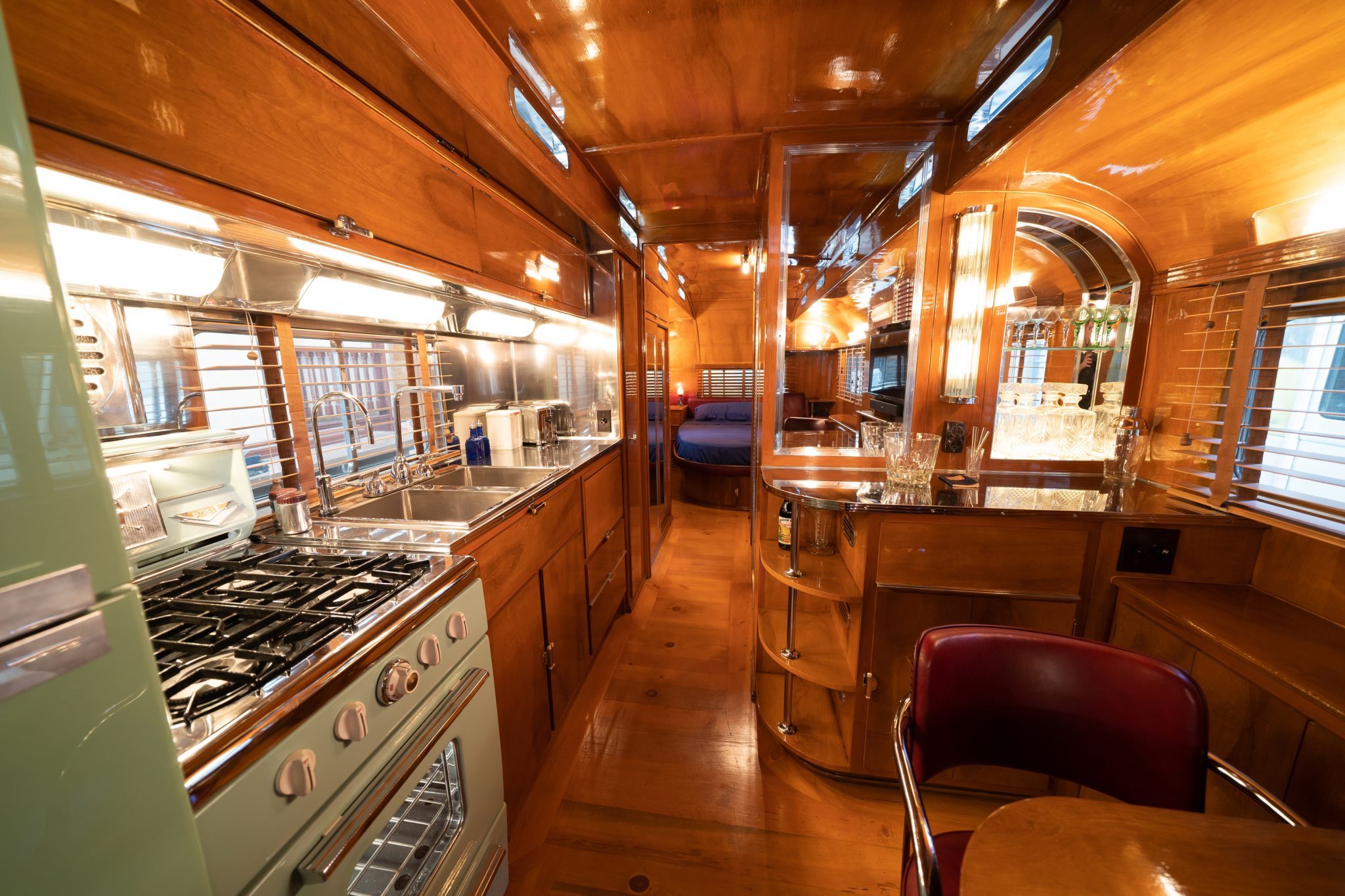 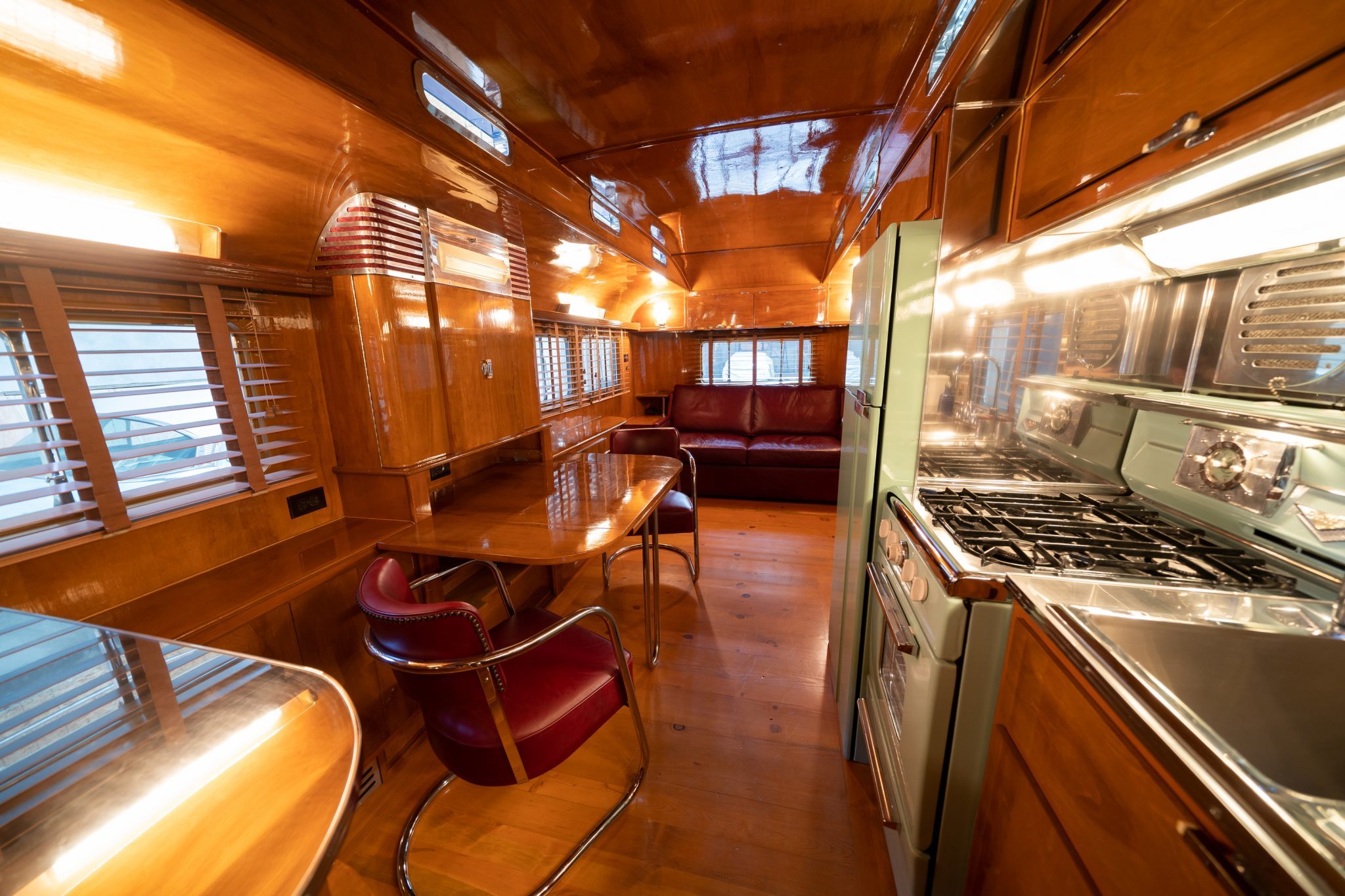 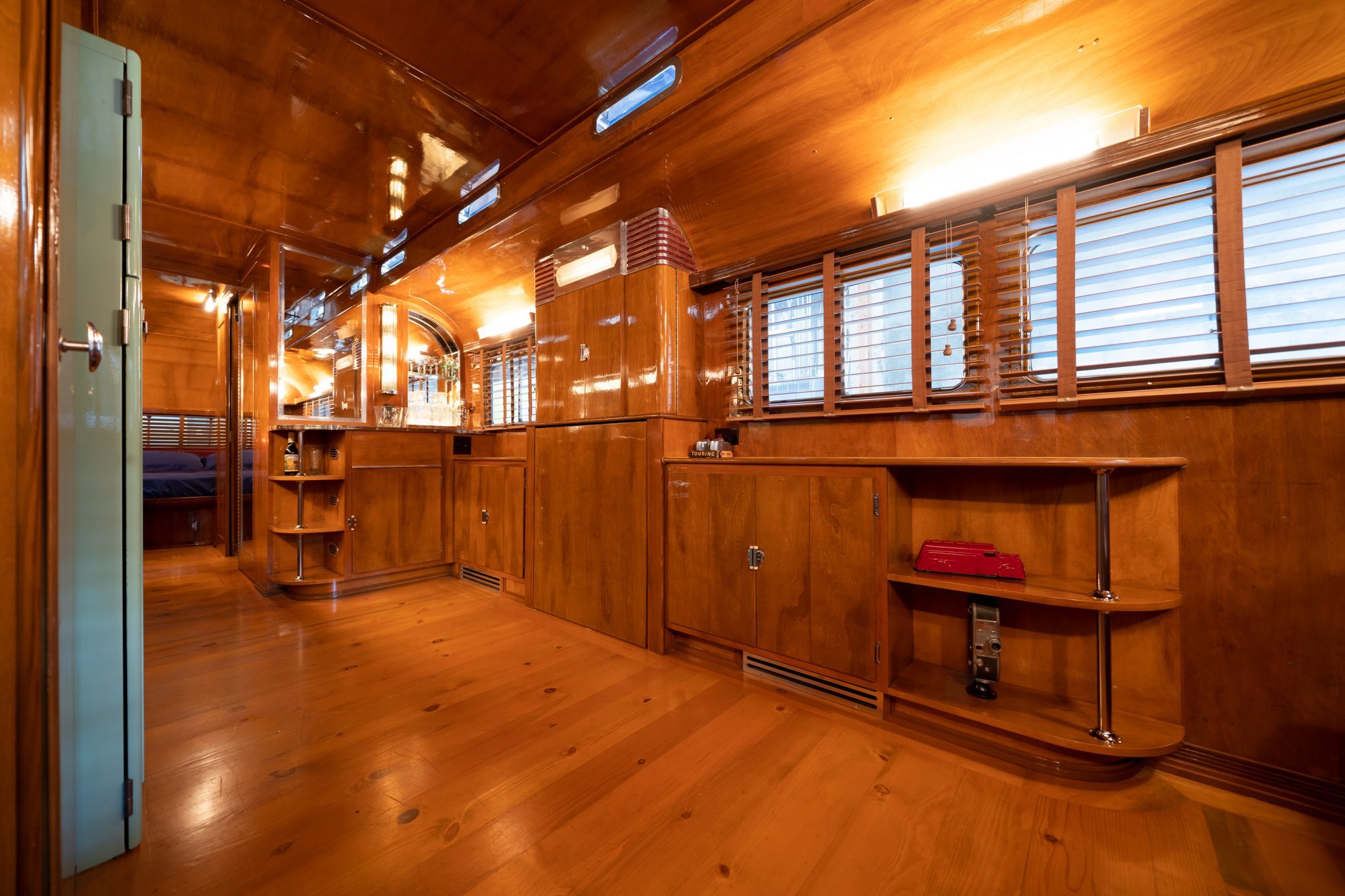 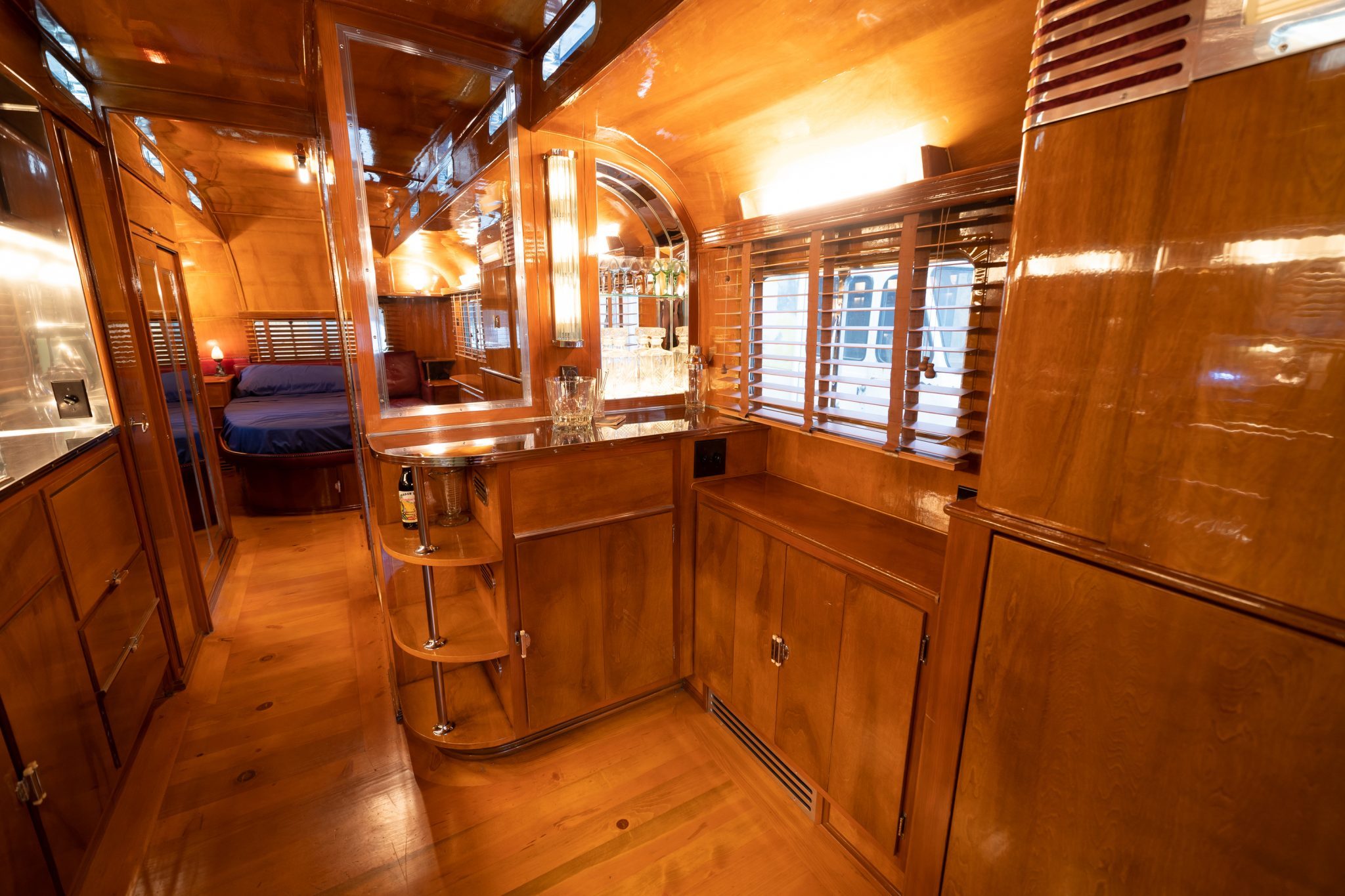 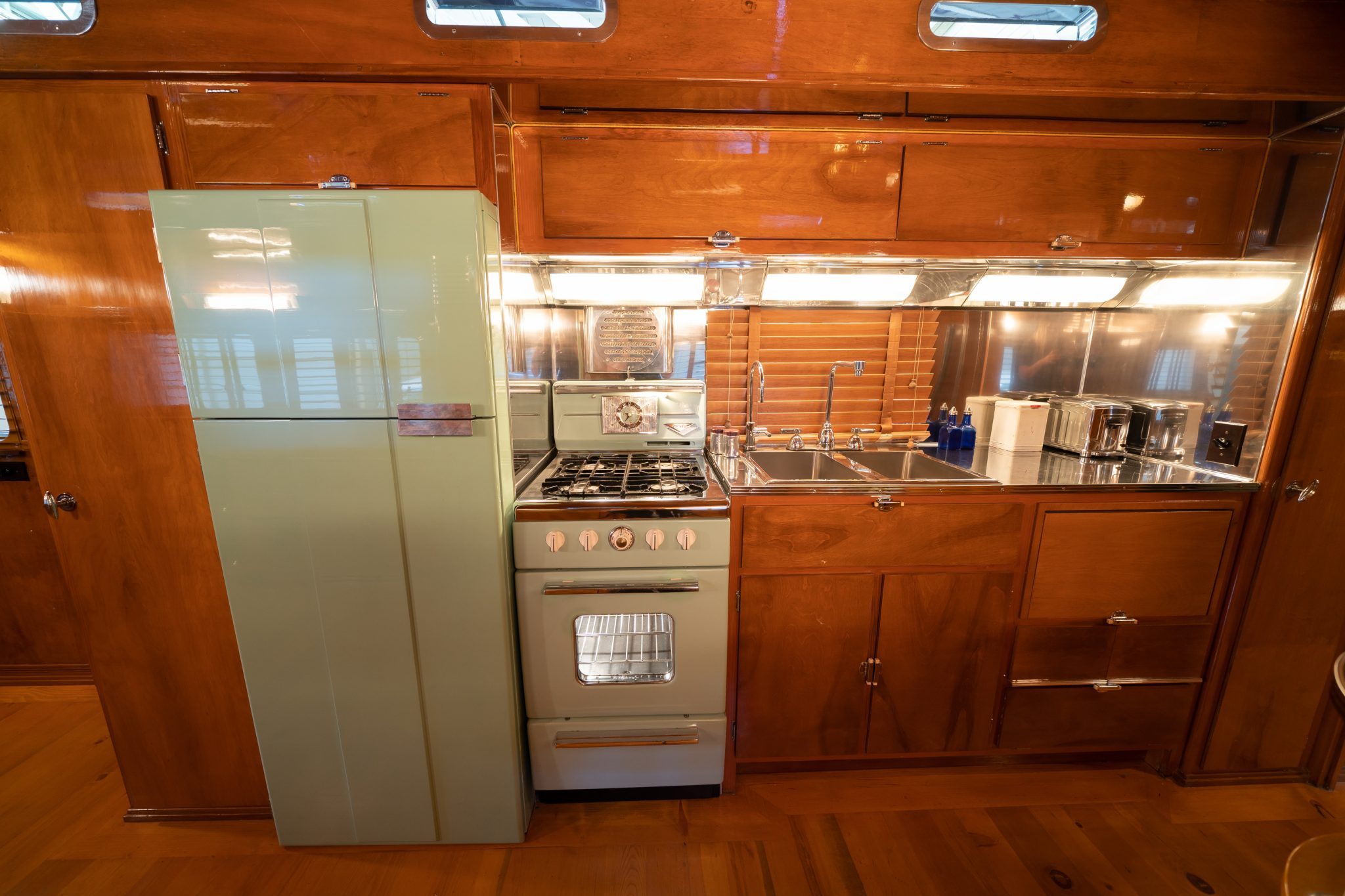 It's obviously fit for a king inside with kitchen utilities that seem perfectly preserved from the '50s—really, they've just been recently restored. Vanlifers have nothing on the Dixie Permaview stove here, nor the Norcold fridge and freezer combo that's been painted to match. That double sink is equally as nice and you can guarantee it's never seen a plastic plate a day in its life.

The bedroom features a king-size mattress and seemingly more entertainment equipment than most Hollywood theatres with Sony flatscreens and audio accessories galore. Imagine watching Forrest Gump with a bag of Cheetos in that bed, resting your Banana Republic undies on 3,000 thread-count Egyptian blue cotton. Nice.

It's had all sorts of wiring done to allow seamless cable and WiFi connection for you and yours, which is surely a plus. Interior headroom is listed at 6'4" so if you're an NBA power forward who's considering this beauty, maybe send a link to your point guard friends. If you're a normal-sized person, then that should be plenty. 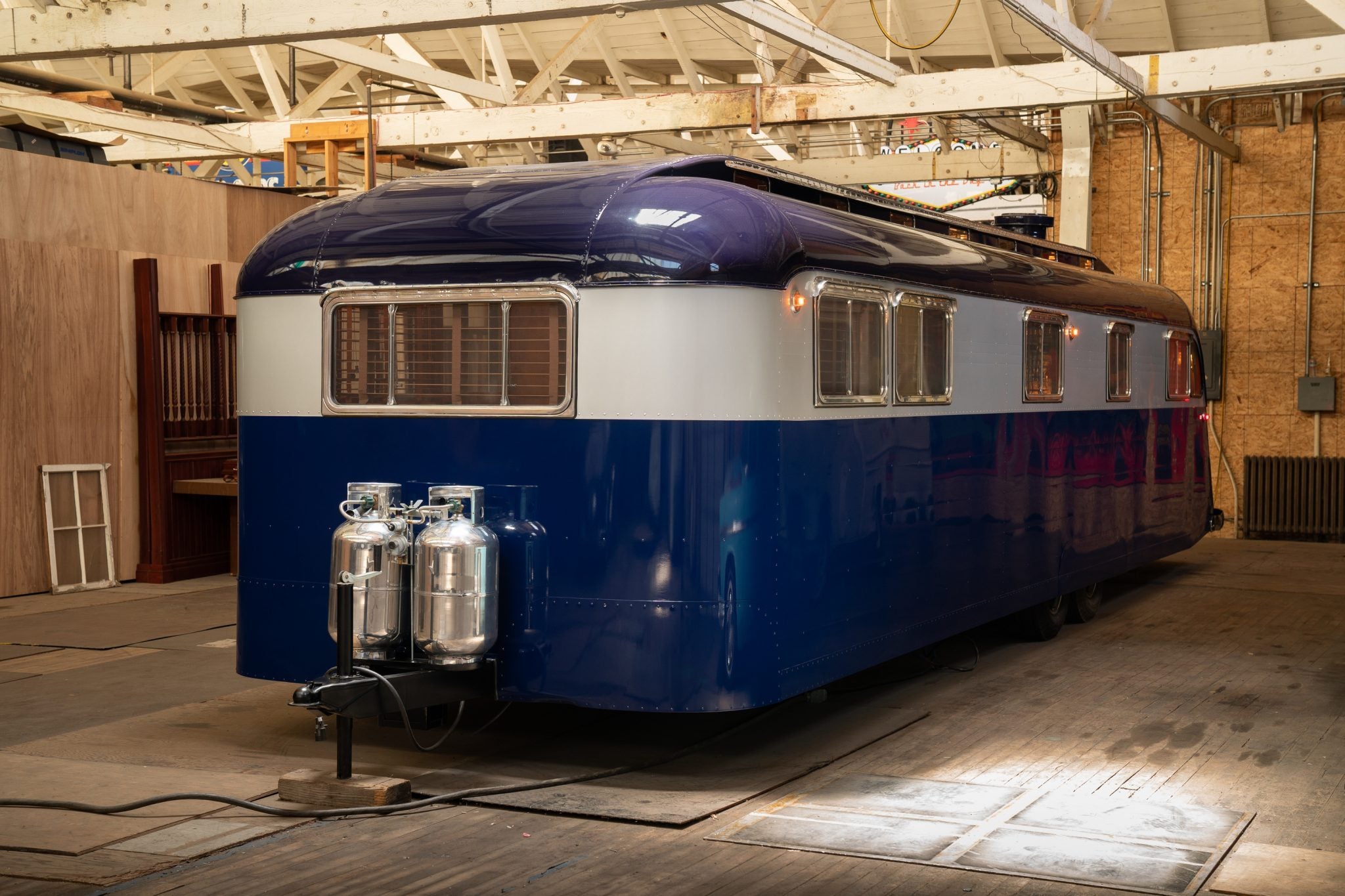 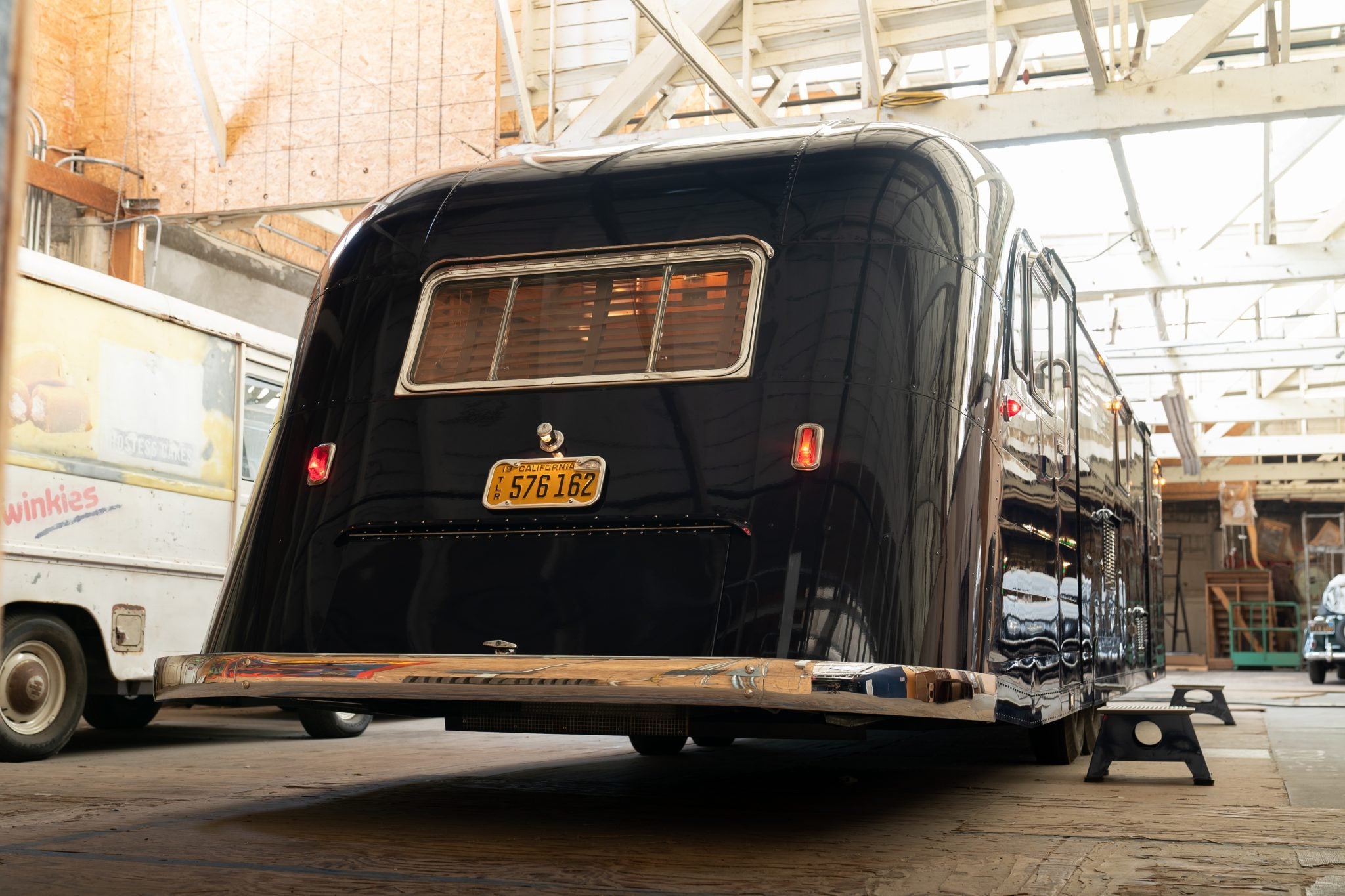 The seller notes its weight of 9,700 pounds, which isn't as much as you might think. A new Ford F-150 Limited could certainly tow that much, though it really deserves a period vehicle to perform that duty. Who are we kidding—whoever moves this thing is getting hired to do so, and they're not out there towing $300,000+ campers with Power Wagon restomods.