It brings long-awaited rough-terrain enhancements to the entry-level LT and enhances the already-rugged Z71 trim. 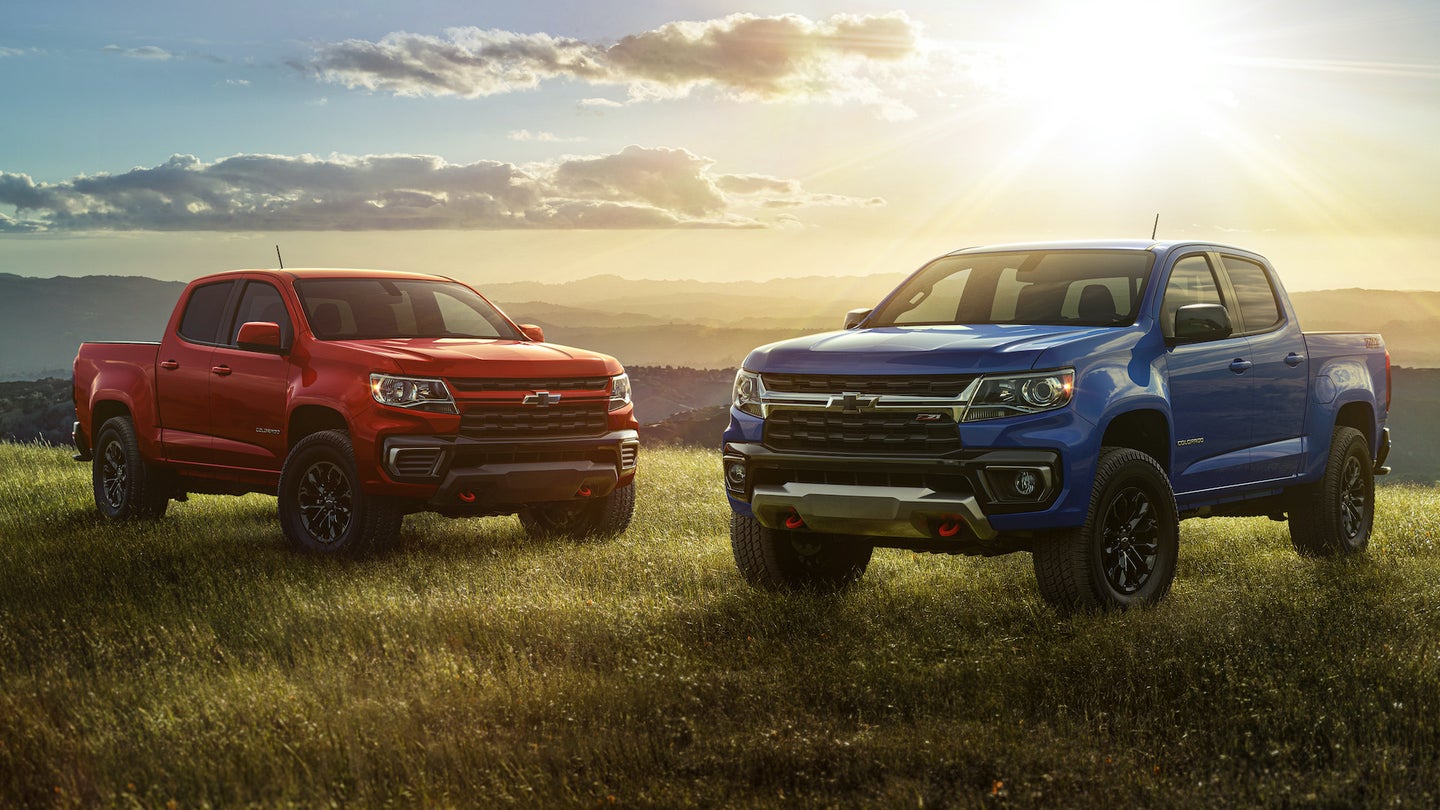 A hell of a midsize truck the Chevrolet Colorado ZR2 may be, but at nearly $10,000 more than a Z71, it's a bigger step up than most truck buyers can justify. Fortunately for them, the 2022 Chevy Colorado will bridge the gap by introducing a Silverado-mirroring Trail Boss package to augment the Colorado's off-road chops.

Coming to 2022 Colorado LT and Z71 trims, Trail Boss will bundle functional rough-stuff upgrades with mild cosmetic tweaks. These consist of black badging and wheels—17-inchers borrowed from the ZR2—and red recovery hooks, ordinarily black on the Z71, and missing entirely from the still plenty-productive Colorado LT.

More importantly, Trail Boss preps mid-trim Colorados for the trail, starting with an air dam delete. This allows Trail Boss buyers to bend down and see the package's added frontal and middle skid plates, which are an entirely new addition to the LT, and on the Z71 highlight its preexisting transfer case guard. It's not the only Trail Boss-Z71 synergy, either; its one-inch suspension-leveling kit pairs perfectly with the Z71's integral off-road suspension and automatic locking rear differential.

Of course, Chevy stops the Trail Boss short from stepping on the toes of the top-trim ZR2. The halo Colorado remains the only way to get Multimatic DSSV shock absorbers, not to mention a wider stock track and a greater factory ride height.

A Trail Boss package was previously offered in 2016, but ceased to exist when the amped-up ZR2 became available to the public later that year. This, then, marks the return of a value-friendly package that's proven to be a hit in the bigger Silverado.

Speaking of value, Trail Boss packages will arrive with the 2022 Chevrolet Colorado in late Summer, running $2,995 on the Colorado LT and $2,895 on the Z71. Taking MSRP into account, that's $31,890 and $38,890 respectively. Its contents will be installed on trucks at their dealership of delivery, which to us says Trail Boss accessories might be back-compatible with previous model years. We have reached out to GM to confirm this along with the Trail Boss package's pricing, and we'll update when we hear back.