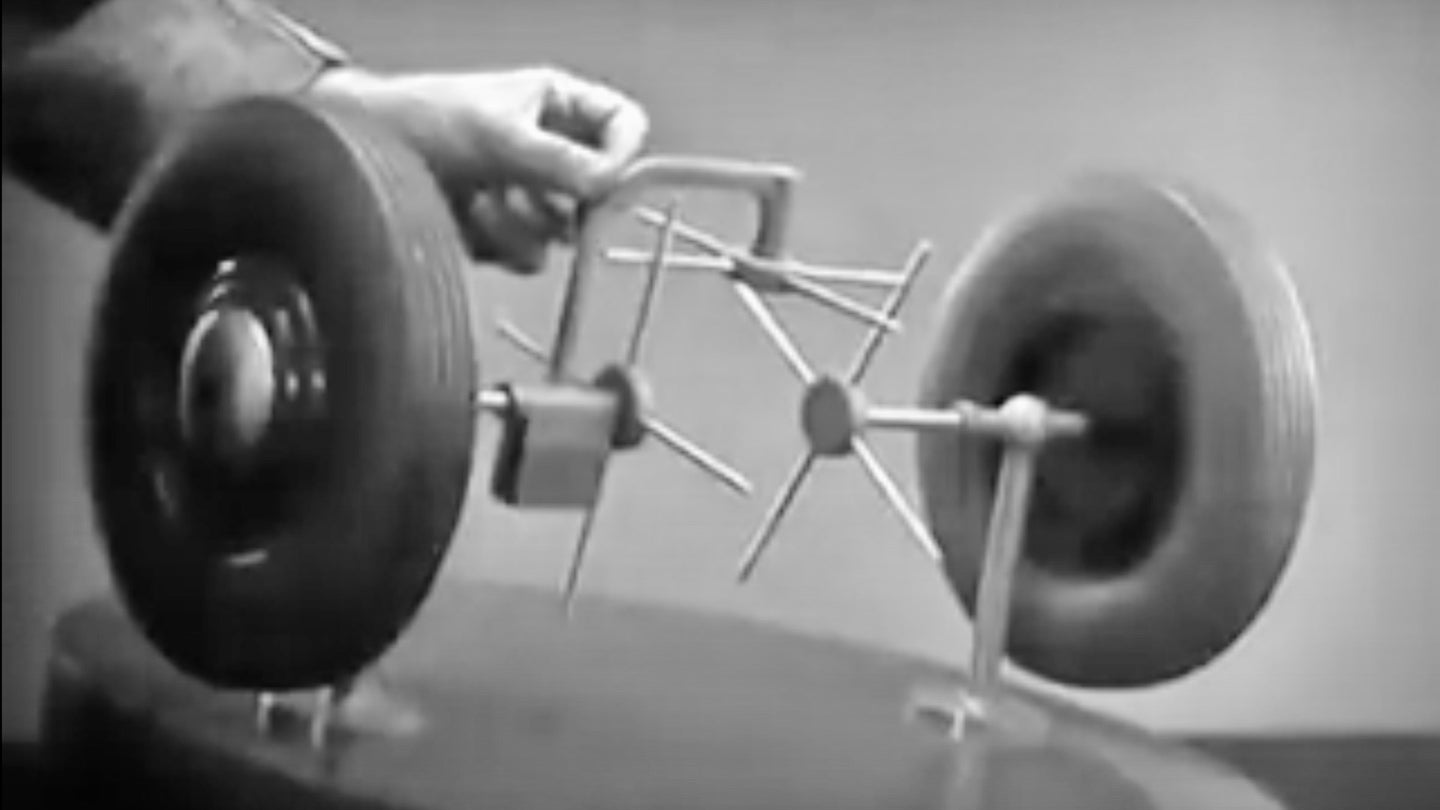 There is a sense of euphoria that washes over the mind once it figures out something it previously considered complicated, like solving a mathematical equation or figuring out what your significant other wants for dinner. Right. That’s the sense you’ll get after watching this informative video on how a steering differential works.

Despite it being 83 years old, it still holds up as one of the best explanations videos to understand what goes on inside a differential. You don’t have to be handy with tools or have an engineering degree to understand the mechanics being shown, as it cleverly breaks it down step by step.

Making this flick even better yet is the fact that it was made in 1937 by GM's Chevrolet Motor Division. Titled “Around the Corner,” the footage has been shared in many sources but is most commonly found on the US Auto Industry YouTube channel. Unlike most promo campaigns nowadays, it doesn't try to sell you anything, it simply uses simple models, gymnasts, and even a motorcycle stunt team to explain why cars need a steering differential.

In a nutshell: when you turn left, the inside (left rear) wheel spins at a slower speed than the outside (right rear) wheel, because it needs to travel a shorter distance. A differential’s job is to allow both wheels to turn at different speeds to make up for the radius of the turn. A concept we, average motorists, never really think about while driving or pulling a u-turn.

The nearly 10-minute film goes by rather quickly, perhaps because it's quite captivating in itself. Besides a new bit of mechanical knowledge, what you take from it is a rewarding sense of achievement.

Warning: this video may cause you to go down an informative video rabbit hole, until you find yourself learning about the internals of a dual-clutch automatic transmission several hours later.