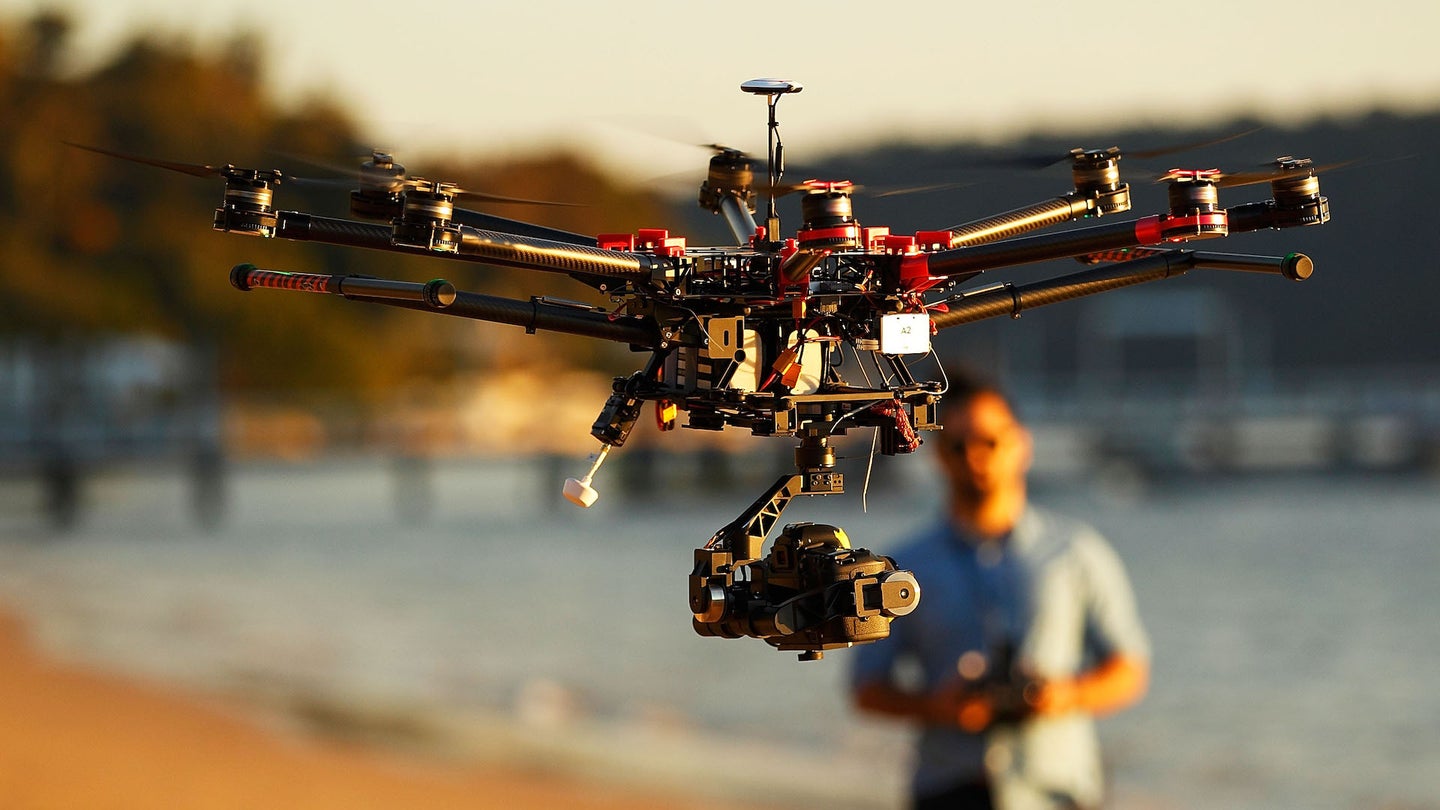 General Manager of Abu Dhabi City Municipality, Saif Bader Al Qubaisi, has launched the trial stage of implementing drones as aerial monitoring and inspection tools for the city’s engineering projects and construction sites, according to the Department of Urban Planning and Municipalities press release via Thomson Reuters

The Municipality stated that taking advantage of modern technologies which could maximize businesses and improve service operations was a priority for the city, and using camera-fitted drones to assist in inspections and monitoring construction projects falls right in line with that ethos. The press release makes reference to the exponential growth of technological innovation, and how our global culture is “moving fast from the Word culture to the Image culture.”

For the Municipality’s Director of Building Permits, engineer Mohammed Omar Basaleeb, utilizing drones as part of a construction project is only logical, and serves to guarantee that all requisite zoning or legal requirements are in order. “With the launch of the trial phase of using drones, the Municipality has become one [of] the leading entities in the UAE that uses these technical resources in monitoring and inspecting project works and progresses,” he said. “The aim of this step is to ensure that works undertaken are compatible with the applicable standards as well as the licensing conditions set by the Municipality.”

Meanwhile, Singapore is about to experience similar unmanned assistance regarding urban drone applications, as the city-state’s Ministry of Transport and Civil Aviation Authority recently selected the Future Flight Consortium to develop an unmanned traffic management (UTM) system to expand commercial drone operations within the city. Drones in construction inspection have garnered increasingly viable appeal to those in the industry, as both autonomous technology and imaging capabilities continue to grow impressively. For a city as technologically progressive as Abu Dhabi, leading the way in these respects not only makes sense, but only doing so now even seems unexpectedly late.

“This modern technology for using drones contributes to shortening the time taken by engineers and saves the hassles of moving from offices to construction sites,” said Basaleeb. “They can coordinate with the site contractor the operation of the drone whenever needed and enable the examination, viewing and inspection of all details of project components.”

The press release makes sure to mention that replacing traditional transportation elements (such as workers driving to and from construction sites) with drones is a purportedly more environmentally friendly option. “The technology also contributes to achieving sustainability standards through saving fuel consumption by reducing the movement of vehicles of engineers, engineering inspectors and accordingly reducing carbon emission and protecting the environment,” said Basaleeb.

While this initial trial run is essentially Abu Dhabi dipping its toes in the unmanned waters, the Municipality is eager to ramp up drone implementation in other industries, as well, provided all the requisite training and legislative measures are in order. “Following the completion of the trial run, the Municipality is keen to widen the scope and use of this technology to all projects within the domain of the Municipality,” said Basaleeb. “The scope of using drones will be broadened to improve other services.”