There's some irony to seeing pigs take over a stretch of road of "Effingham" County. 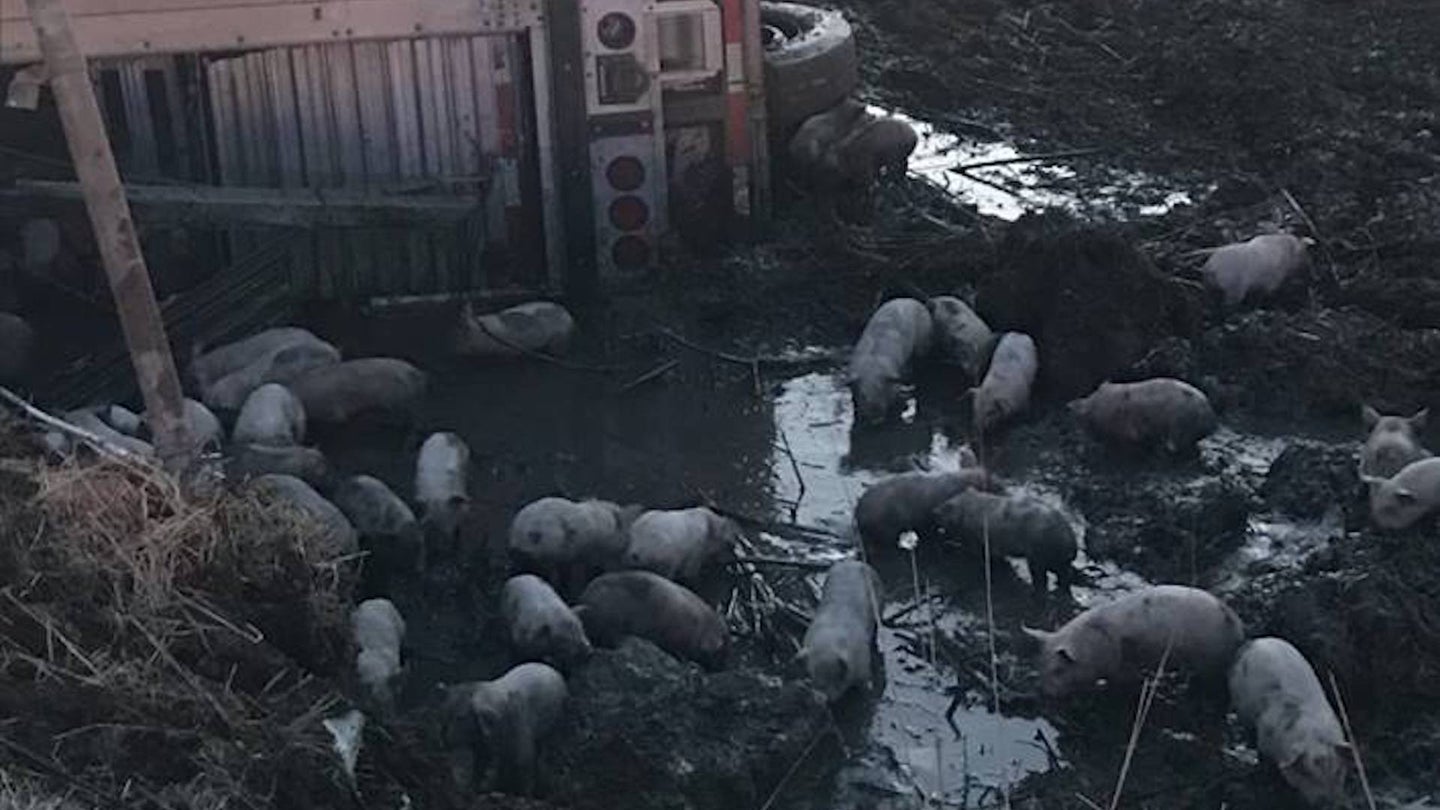 The Illinois State Police have issued a travel safety advisory on Friday morning in regards to a road accident involving a truckload of piglets.

According to Illinois State Police District 12 Effingham on Facebook, a semi truck whose cargo consisted of nearly 3,000 piglets was being driven Friday along Interstate 70 in Illinois's Effingham County by a driver feeling under the weather. For unspecified reasons that resulted in a citation for improper lane usage, this truck overturned around mile marker 127—just outside Casey, Illinois.

Many of the truck's nearly 3,000 pigs were freed when the truck tipped over, though a department spokesperson confirmed to The Drive that approximately 100 animals perished when the truck fell over. Most of the survivors were rounded up safely, and are now en route to their final destination in Indiana.

Illinois State Police District 12 Effingham advised drivers to be cautious along the stretch of road between Casey and Greenup, Illinois; as some of the porkers are believed to have fled the scene of the accident, and could pose a road hazard for unwary drivers.

Despite this accident making for a tricky and potentially gruesome cleanup, there is some humorous irony to be found, as it takes place in a county called Effingham.

"It is a bit ironic. There are many one-liners that could be made here," a Police department spokesperson told The Drive. "There was a great community effort out there today and for that we are proud. "

Live animals and cars are typically a poor mix, and not just because they can result in roadkill. Last October, a cow wandered into a Mazda dealership and managed to deal $2,000 in damage to stationary cars while blundering around the showroom. Better a cow than a bear though, as they have been known to attack classic cars to get their hands on Fig Newtons.