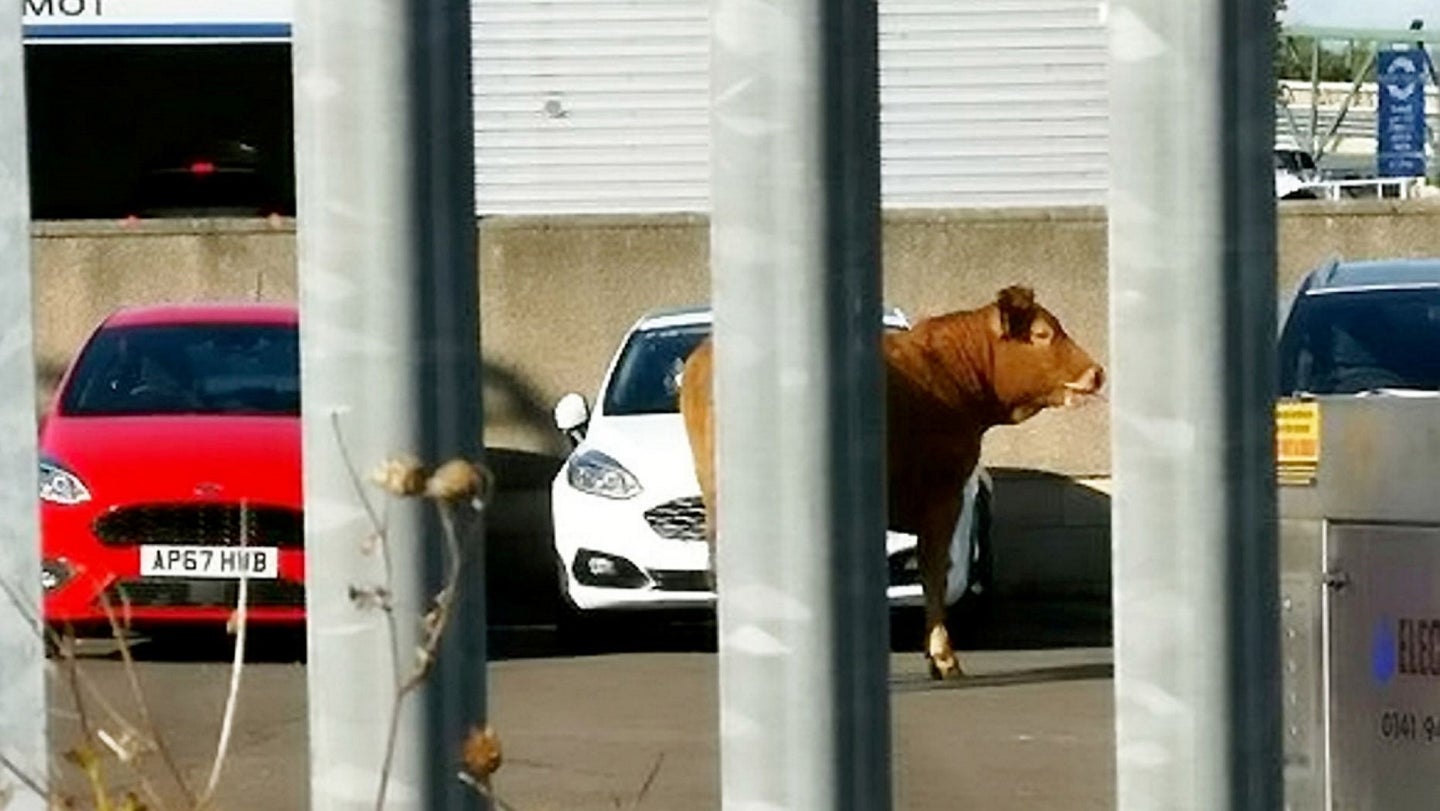 A runaway cow was either lost or shopping for a new car when it wandered into Arnold Clark Stirling Mazda in Scotland according to Fox News. The dealer’s employees were shocked when the bovine meandered into the showroom, causing quite the reaction from customers, too.

It would’ve been nice if the cow could have realized it was lost and walked away, but instead, it freaked out and did some damage. It went on a brief rampage that lasted roughly 20 seconds and dinged up a Mazda2 and, tragically, an MX-5 Miata. After the cow was done bashing the cars, it smashed through a sliding door and ran into the parking lot.

"We were standing in the showroom then I saw one of my guys running towards us shouting 'cow cow cow,'” sales manager James Merrins told local news outlet SWNS. “Next thing you know the cow was in the showroom and it looked as calm as you like. But when the automatic doors shut behind it, it began to panic and that's when we all run for it into the offices because there was no way of stopping it.”

It’s a comical story now, but it sounds like it was actually a pretty terrifying incident while it was happening. This destructive cow did about $2,000 worth of damage. While, in theory, it could have done a lot more damage than that, it’s enough to make for a bad day for the dealership.

The livestock dealer responsible for the heifer in question reached out to the dealer with an apology and an offer to pay for the damages plus a bonus gift. “They have said they will reimburse everything which is great and I even got a lovely bottle of whiskey as an apology,” according to Merrins. Depending on the whiskey, it may have all been worth it.

The 18-month-old cow accompanies her owner on trips through town and enjoys McDonald’s ice cream as a treat.