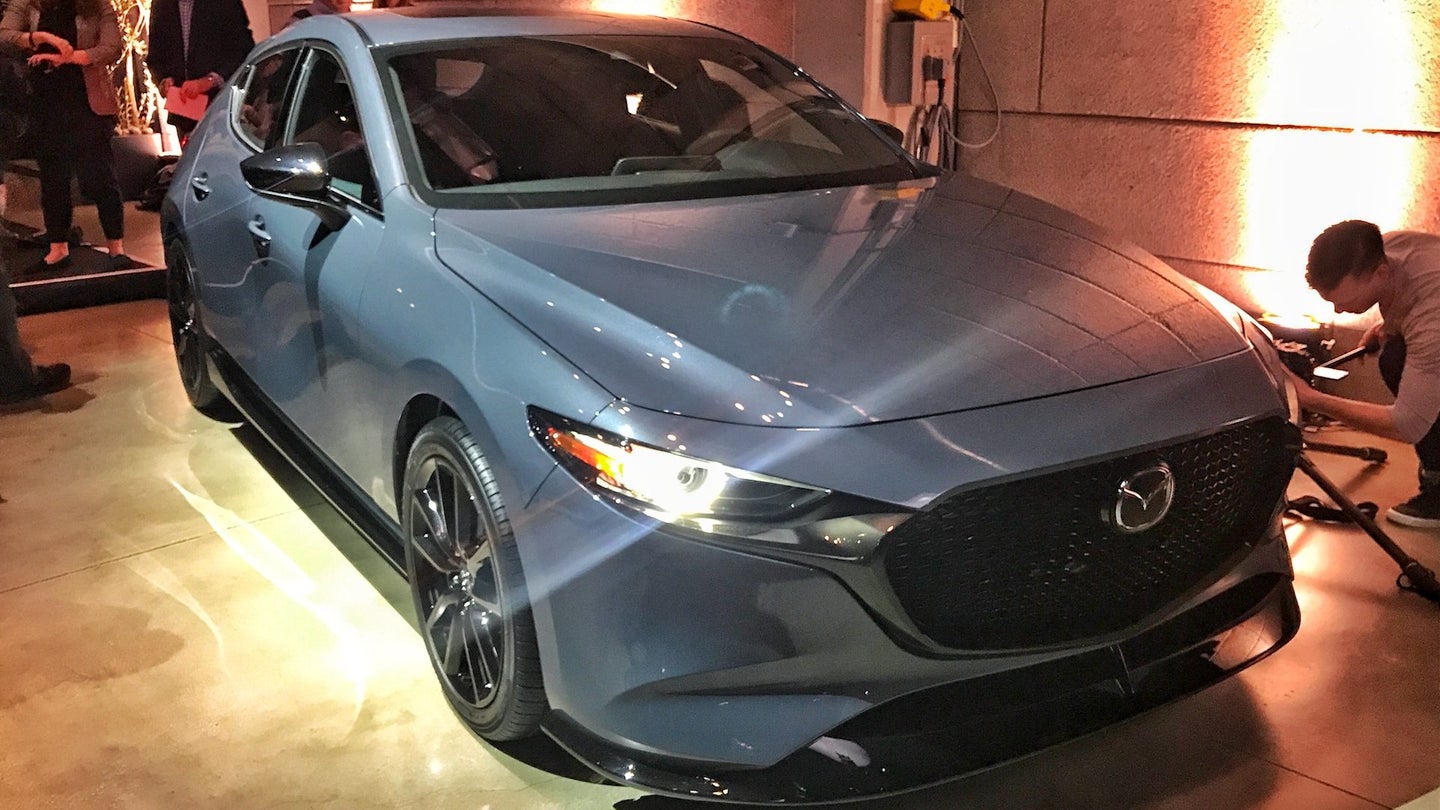 A Mazda official revealed in an interview at the 2018 Los Angeles Auto Show, site for Mazda's reveal of its 2019 Mazda3, that the updated compact is mechanically capable of combining its most enthusiast-friendly components.

The 2019 Mazda3 will be available with both manual and automatic transmissions, as confirmed by the automaker on Tuesday. It also stated that the model would be sold with available all-wheel-drive in the United States for the first time (base models will remain front-wheel-drive), and that as many as five engine options will be available to customers. 1.5-, 2.0-, and 2.5-liter Skyactiv-G gasoline engines and a 1.8-liter Skyactiv-D diesel make up the traditional offerings, while the highly-anticipated, supercharged 2.0-liter Skyactiv-X compression ignition engine will be the most advanced option.

"The all-wheel drive can be paired with automatic and manual, there's no limitation on that," Coleman told the publication. "It just comes down to us looking at the current climate of customers. Everything is on the table."

Skyactiv-X itself has been designed for compatibility with both manual and automatic transmissions, meaning that the above holy trinity is possible. As for whether Mazda will put the combination into production, the company has not yet decided. A Mazda spokesperson told The Drive that the automaker has "not locked" powertrain configurations or trim levels yet, meaning even Mazda doesn't know if it'll ship Skyactiv-X-powered Mazda3s with manuals and AWD—presumably, it'll come down to the business case for such a vehicle.

Additionally, the company spokesperson confirmed that Skyactiv-X will not be an engine available at launch for the car, with the 2.5-liter Skyactiv-G powering early production models, but no timeline for when the Skyactiv-X will become an option. Even if Mazda decides to build the Mazda3 with Skyactiv-X, AWD, and a manual, it'll be some time before such vehicles roll from the production line. Even if Mazda3s aren't built in this spec, the apparent compatibility of the components means the aftermarket may be able to figure that out for us.

Mazda’s fourth-generation MX-5 picks up a new engine, among other updates—but it’s the MX-5 RF’s folding hard top that still dominates the conversation.