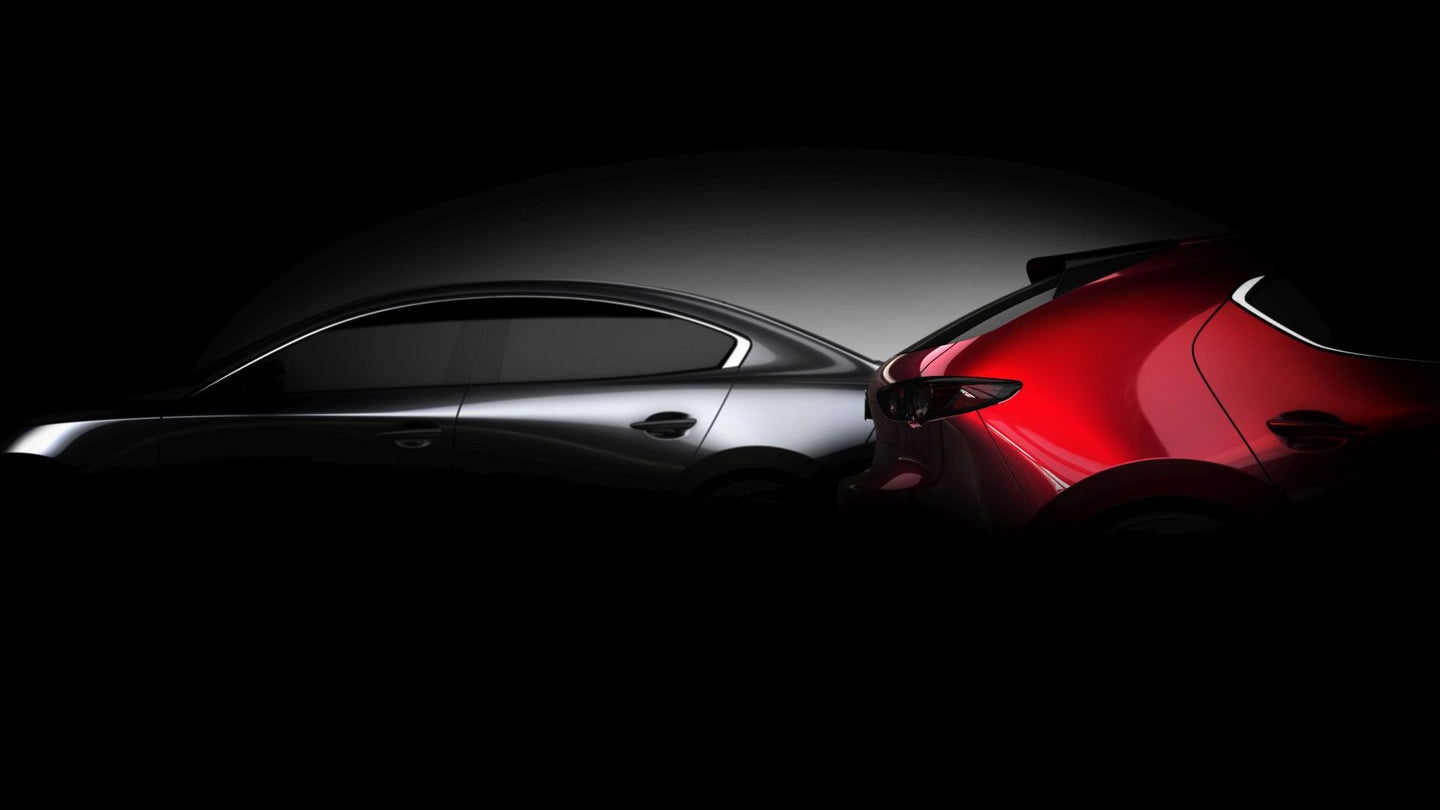 Mazda is bringing a wholly redesigned Mazda3 to the Los Angeles Auto Show later this month, the automaker confirmed Thursday.

Mazda also released a single teaser shot of what appears to be production-ready examples—note the decidedly unfancy door handles—of both sedan and hatchback versions of the compact car, which is expected to look a lot like the Kai Concept revealed at last year's Tokyo Motor Show. According to the Japanese automaker, the new 3 will sport "a more mature interpretation" of the Kodo design language already seen in its current models.

The fun-to-drive compact will also get Mazda's revolutionary Skyactiv-X internal combustion tech that's said to allow the next 3 to have its cake and eat it too, getting from zero to 60 miles per hour in seven seconds while delivering 45 miles per gallon. Expect it to do this thanks to a 2.0-liter supercharged four-cylinder engine equipped with a diesel engine-inspired homogenous charge compression ignition system. It'll be the first of its kind to be commercially available.

According to previous reports, all-wheel drive may or may not be a thing for the next-gen Mazda.

The new Mazda3 will provide direct competition to cars like the Honda Civic, the newly fantastic Toyota Corolla Hatchback, Volkswagen Golf, Ford Focus, and Chevy Cruze. The current 2018 Mazda3 starts at $18,095. Expect its successor to be priced similarly.