Mazda claims a "horse and rider" relationship between its cars and their drivers—so we put it to the test on Colorado's high plains. 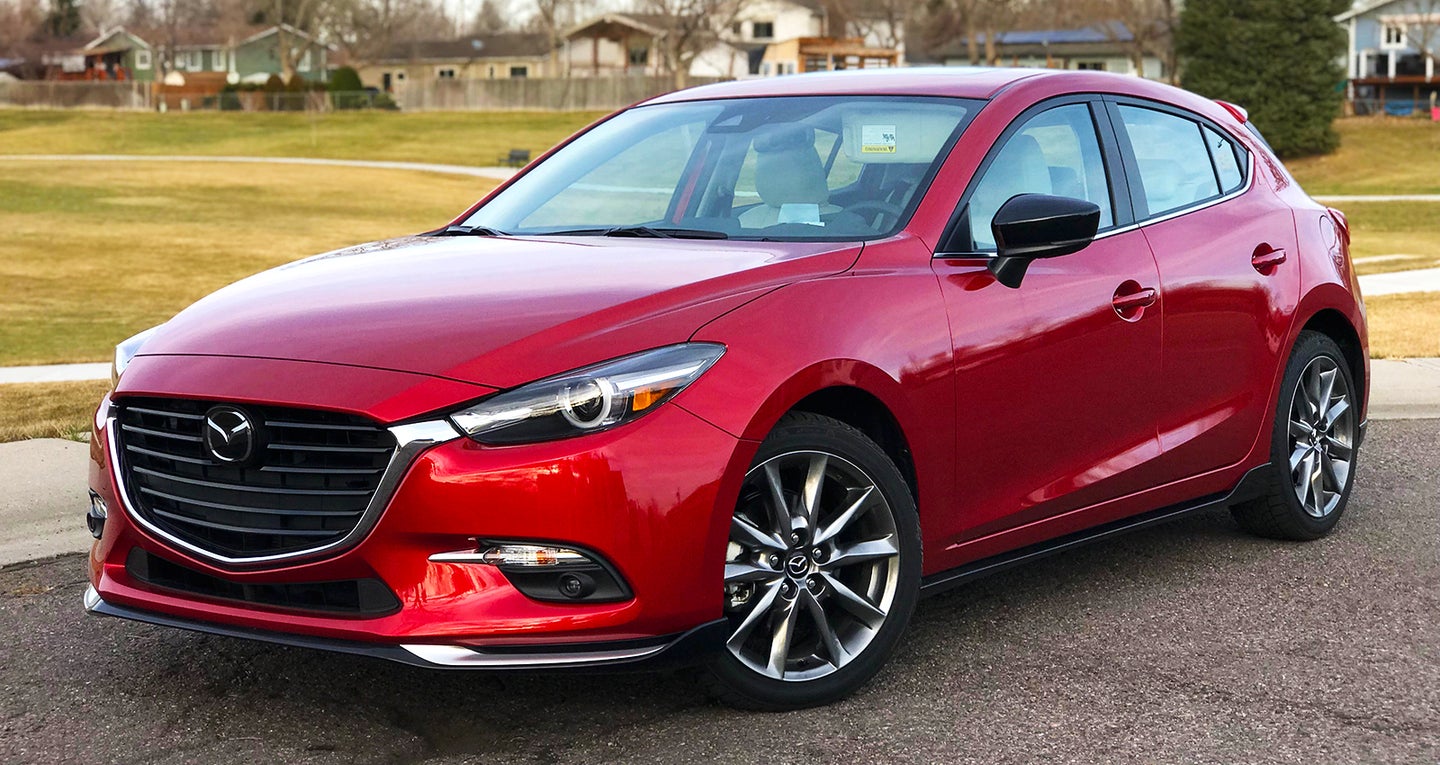 Welcome to Critic's Notebook, a quick and off-the-cuff car review consisting of impressions, jottings, and marginalia regarding whatever The Drive writers happen to be driving. Today's edition: the 2018 Mazda3 5-Door Grand Touring.

You could drown in the ocean of discarded buzzwords and meaningless marketing-speak used across the automotive world. And even though Mazda's vehicles have proved a reliably good time in recent years, it's tempting to roll your eyes at the company's talk of jinba-ittai, the mythical relationship between a horse and rider that the company claims its cars embody. Remove the iconic image of an MX-5 Miata blasting through a sun-kissed curve, and replace it with an econobox trundling through rush-hour traffic; think you'd still feel like a horse-mounted samurai?

As it turns out, yes—to a degree. To cut right to the chase, the 2018 Mazda3 remains the most-fun no-bullshit economy car you can buy today. It mixes a beautifully-sculpted exterior, an upmarket interior (especially in Grand Touring trim), and the lively driving dynamics we've come to expect from the company that brought us everything from the RX-7 to the Miata to the last manual transmission minivan you could buy in America. In hatchback or sedan form, the Mazda3 is a rock-solid steed for everyday drivers, one whose sleek appearance also masks a relatively inexpensive price point.

That is, until you really step on it, at which point the limits of its naturally-aspirated four-cylinder engine become clear. Luckily, that shouldn't be a problem for long; Mazda has already added a turbo to the 2018 Mazda6 midsize sedan, and its next generation of revolutionary Skyactiv-X engines are poised to deliver huge gains in fuel economy and power.

To find out just how well the current car delivers on its promise of equine transcendentalism, The Drive grabbed the reins to a 2018 Mazda3 5-Door Grand Touring for a week and galloped around the high-altitude plains surrounding Denver, Colorado. 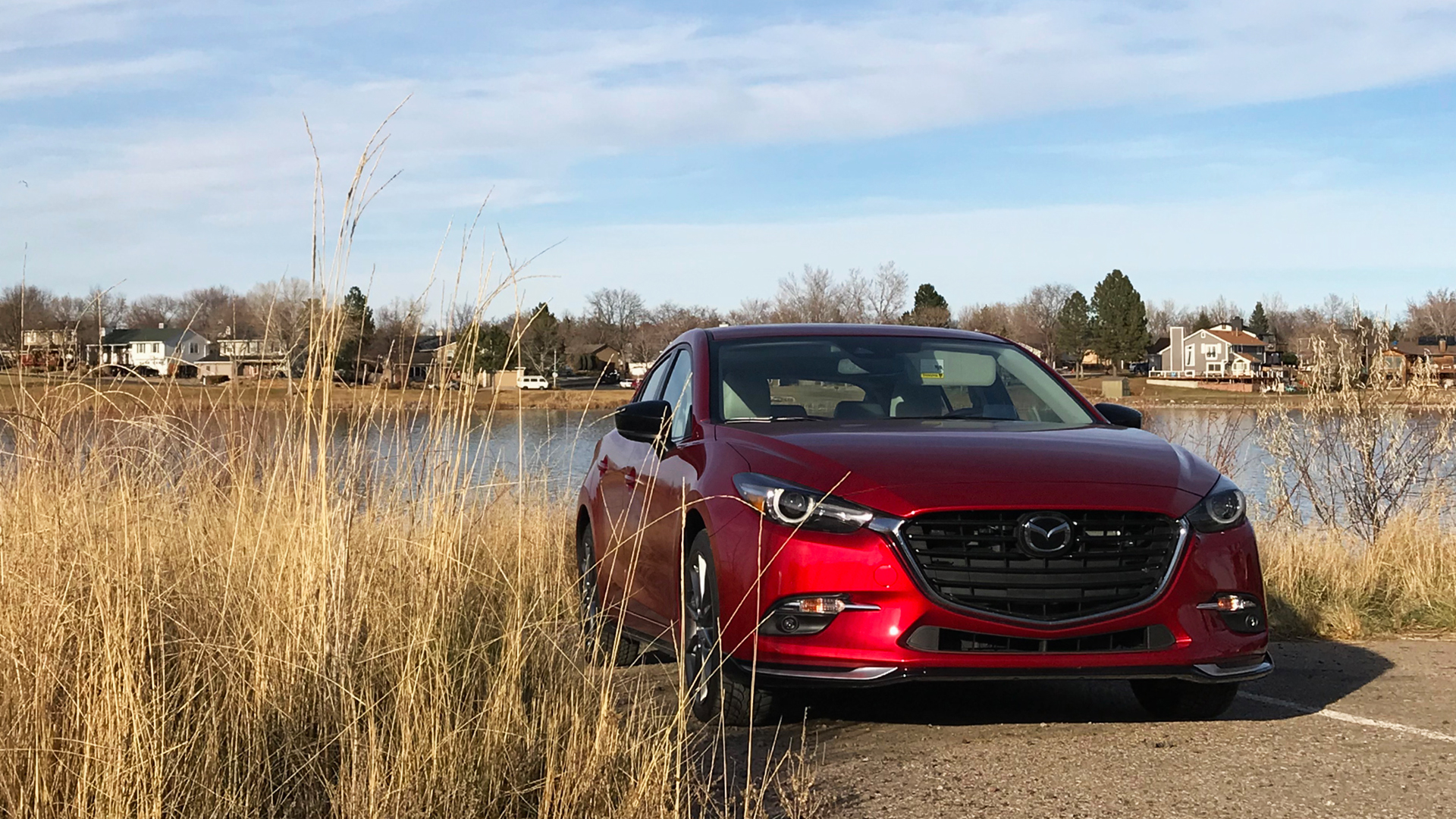 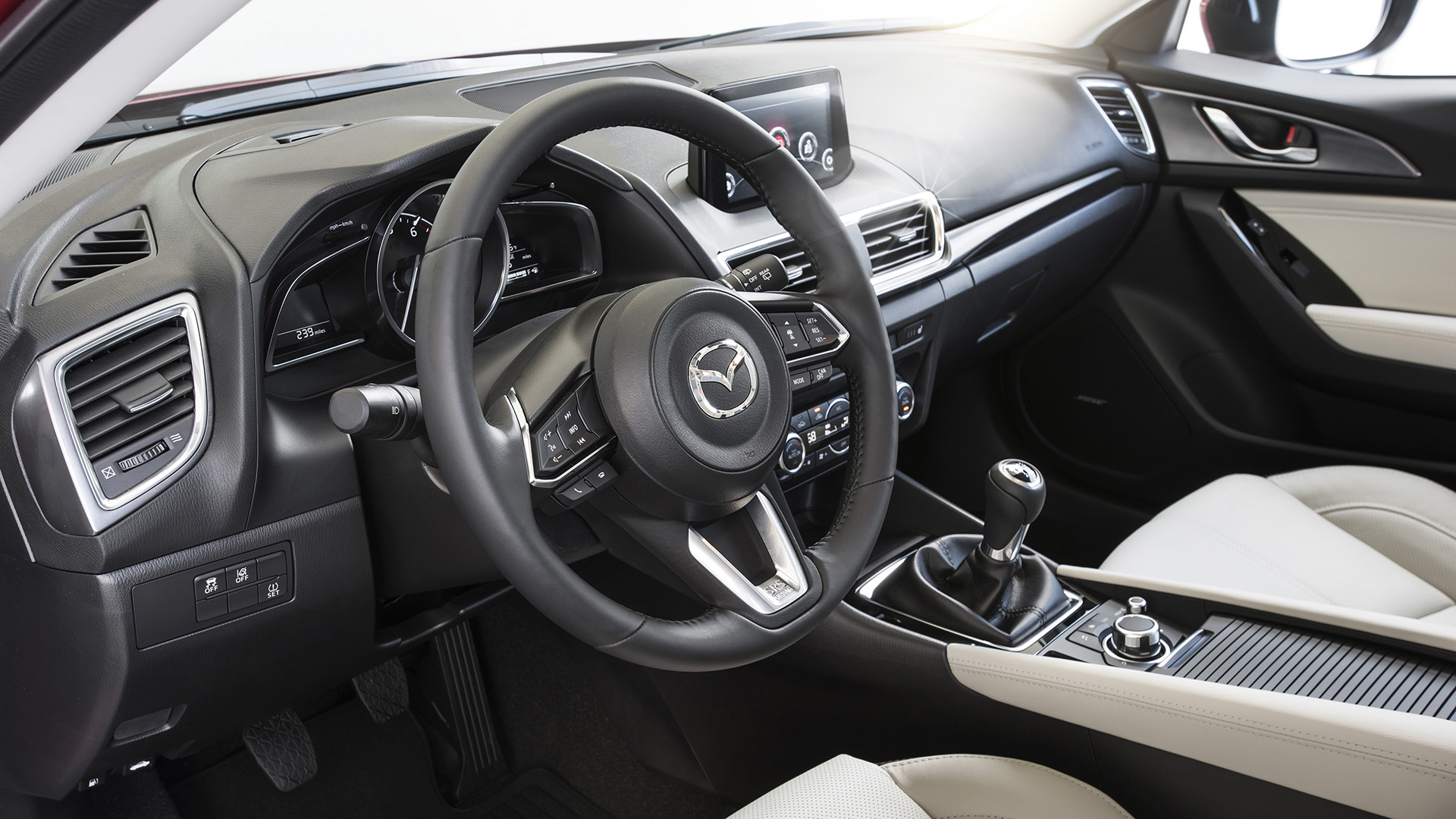 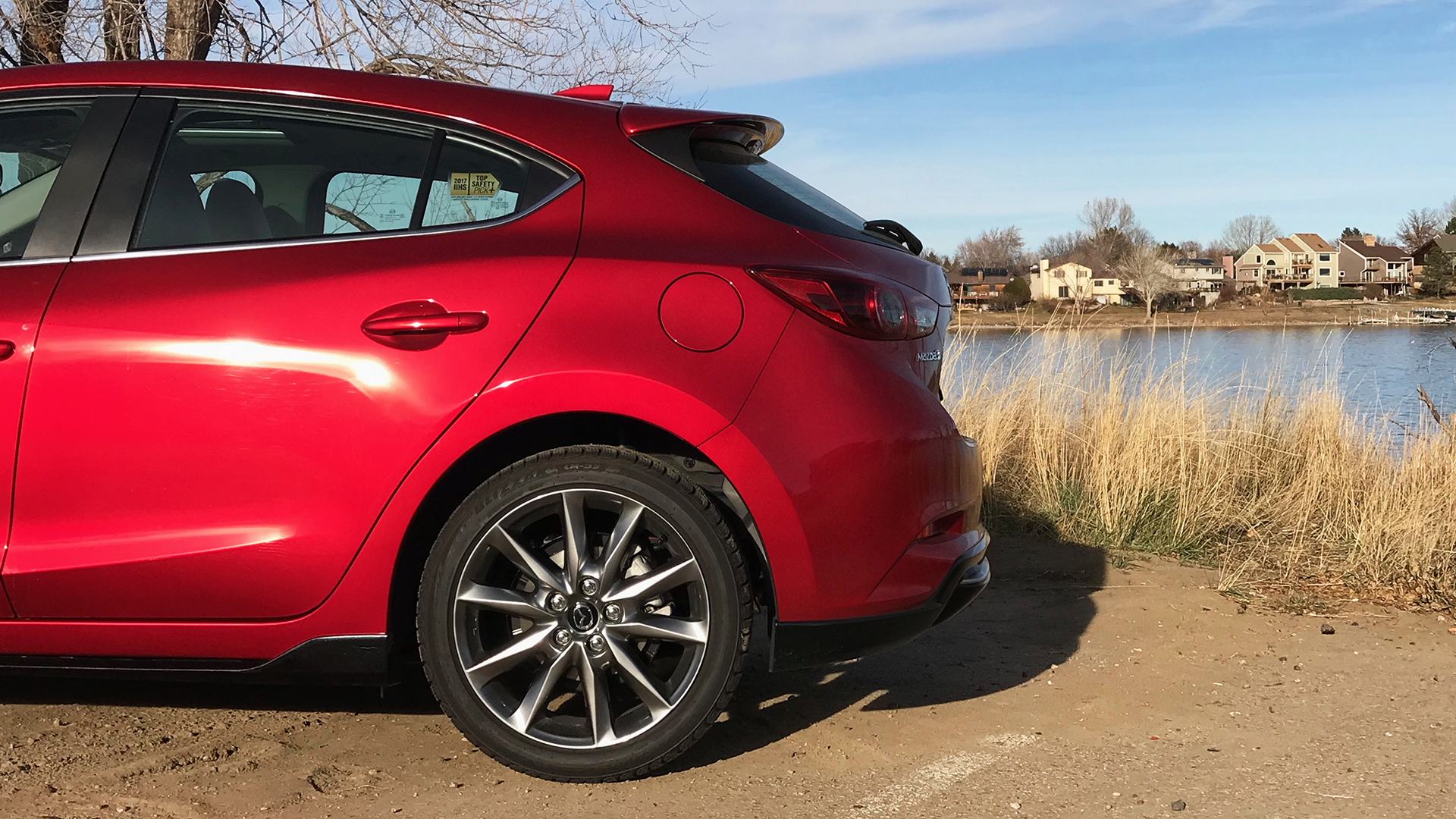 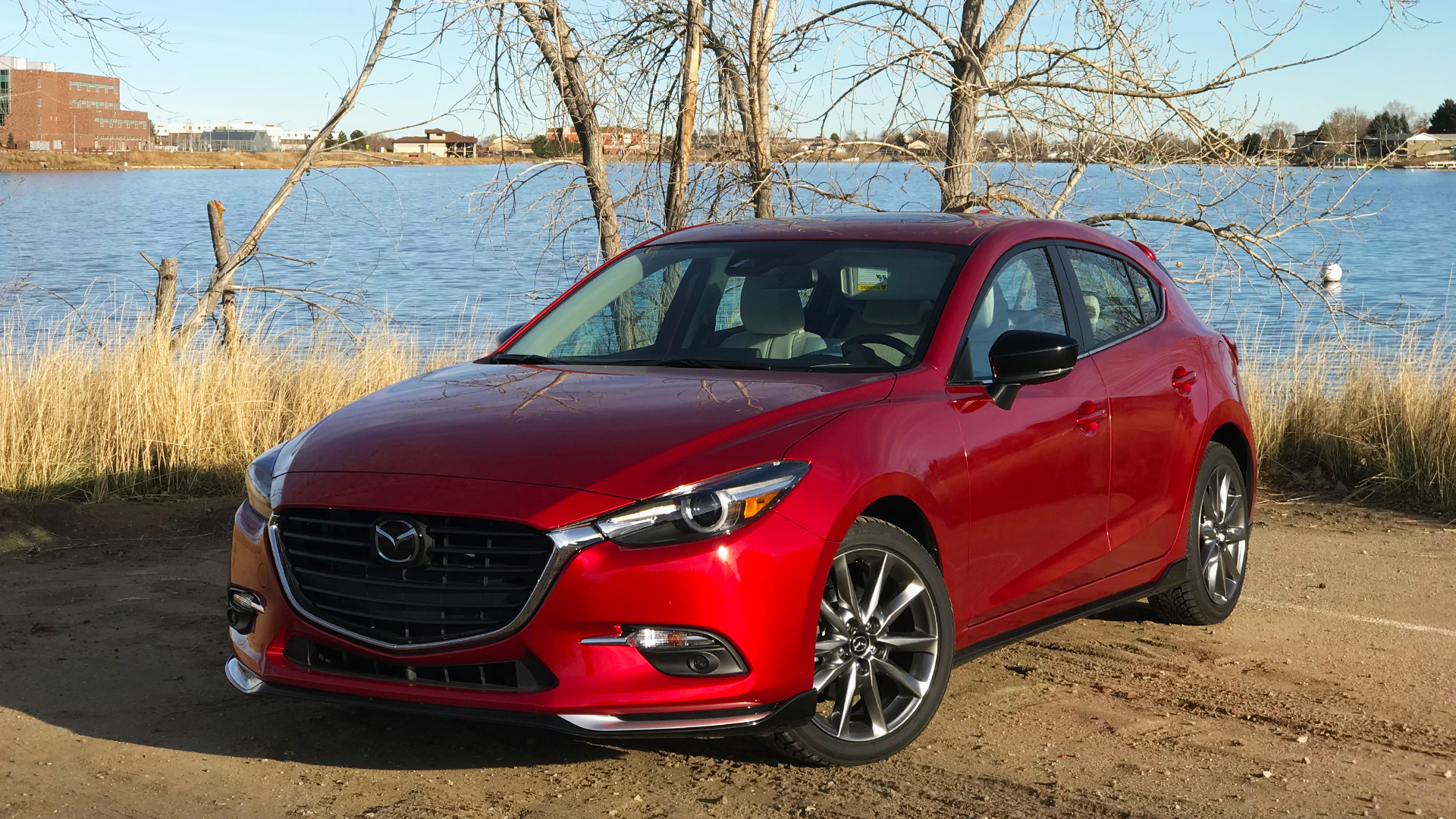 At its core and in either body style, the 2018 Mazda3 is an honest, fun car. There's an old-school simplicity about this Mazda, a harmony that many vehicles of today have dropped in favor of trying to cater to as many needs as possible. It's an economy car for the masses, sure. But it's also a car for people who enjoy the act of sliding behind the wheel and setting off on a random drive, or purposefully taking the long way home.

So jinba-ittai it is, then. The little Mazda3 does an earnest impression of an eager horse, and even if that Avatar-esque connection between man and machine gets a little staticky when you put the pedal down, there's still far more two-way communication in this hatchback than in nearly every other car in its class. So when that jerk in the GTI blows past you, just reach over, pat the dashboard, and remember—what you have with this steed is special.

Number of minutes it took my analog father to figure out the push-button start: 3