2020 Mazda3 Hatchback Review: Quite Possibly All The Car You'll Ever Need

Still, we can't blame you if you want to wait for the turbocharged version. 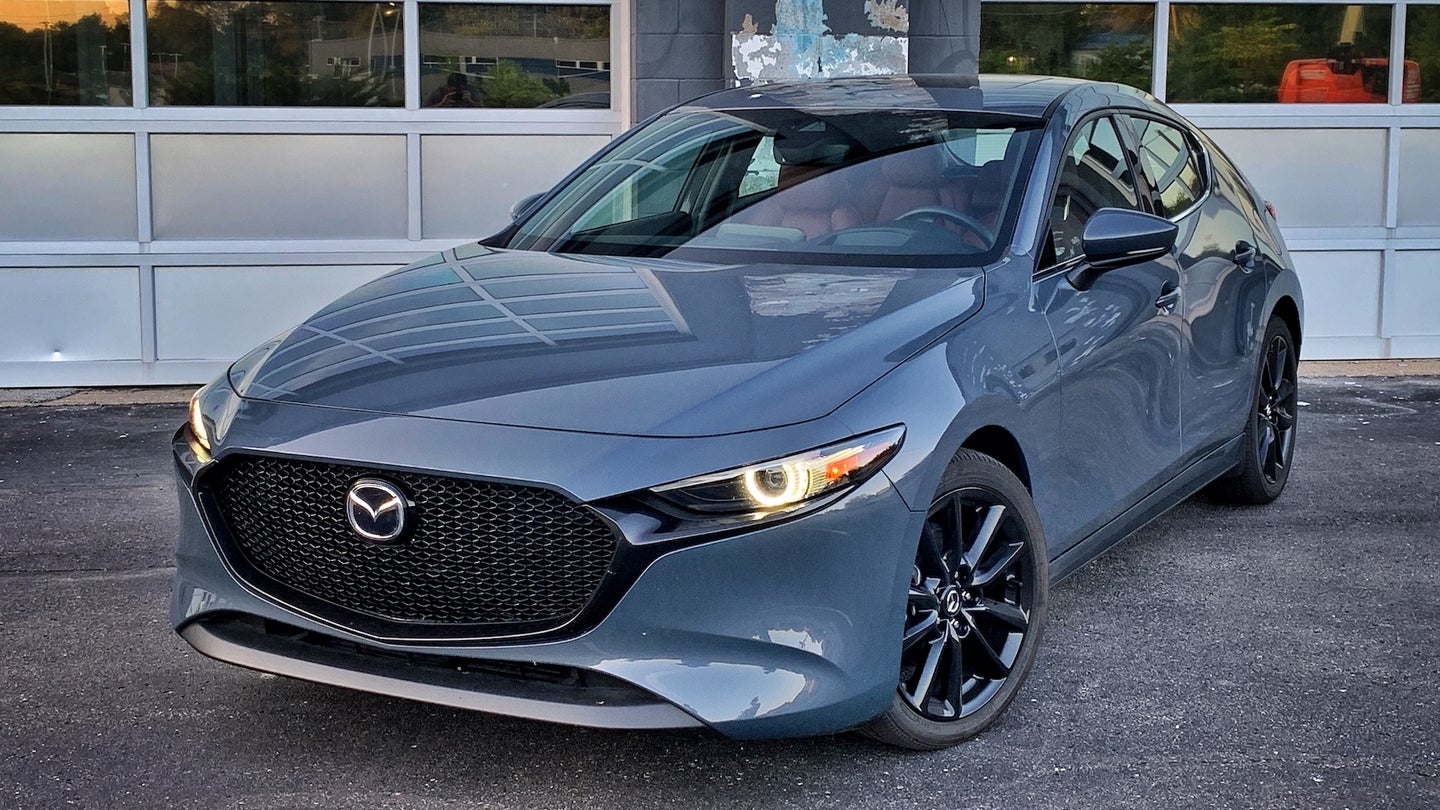 Everyone has a different opinion on what makes a hatchback great. Some folks want their egg-shaped rides to be badass canyon carvers that make them scream while shifting gears Fast & Furious-style. Others want something more chill that focuses on cargo capacity and overall versatility. You know, the kind of folks who have bicycles, dogs, and children to haul around.

I thought about this and more while driving a 2020 Mazda3 hatchback for a week, which despite not really being a "hot hatch"—at least not by today's performance standards—it's definitely one of the best hatchbacks on the market.

Let's get this out of the way first: no, this isn't the new turbocharged Mazda3. Sorry. I know we're all curious about that car, but it's not out until later this year. In the meantime, my week testing the current one proves that even without the power figures we all want, it's still worth looking at.

The 2020 Mazda3 Hatchback AWD Premium, By the Numbers

In my mid-30s, I'm fully settled in my somewhat domestic lifestyle. I've got a few kids, dogs, and a bunch of other crap to take care of, so I'm all about making life easier. I could care less if the hatchback I'm driving was developed at the Nürburgring or on a Kentucky dirt road, as long as it's comfortable, practical, and economical. Sure, handsome looks are a plus. But in a hatchback, practicality is king. 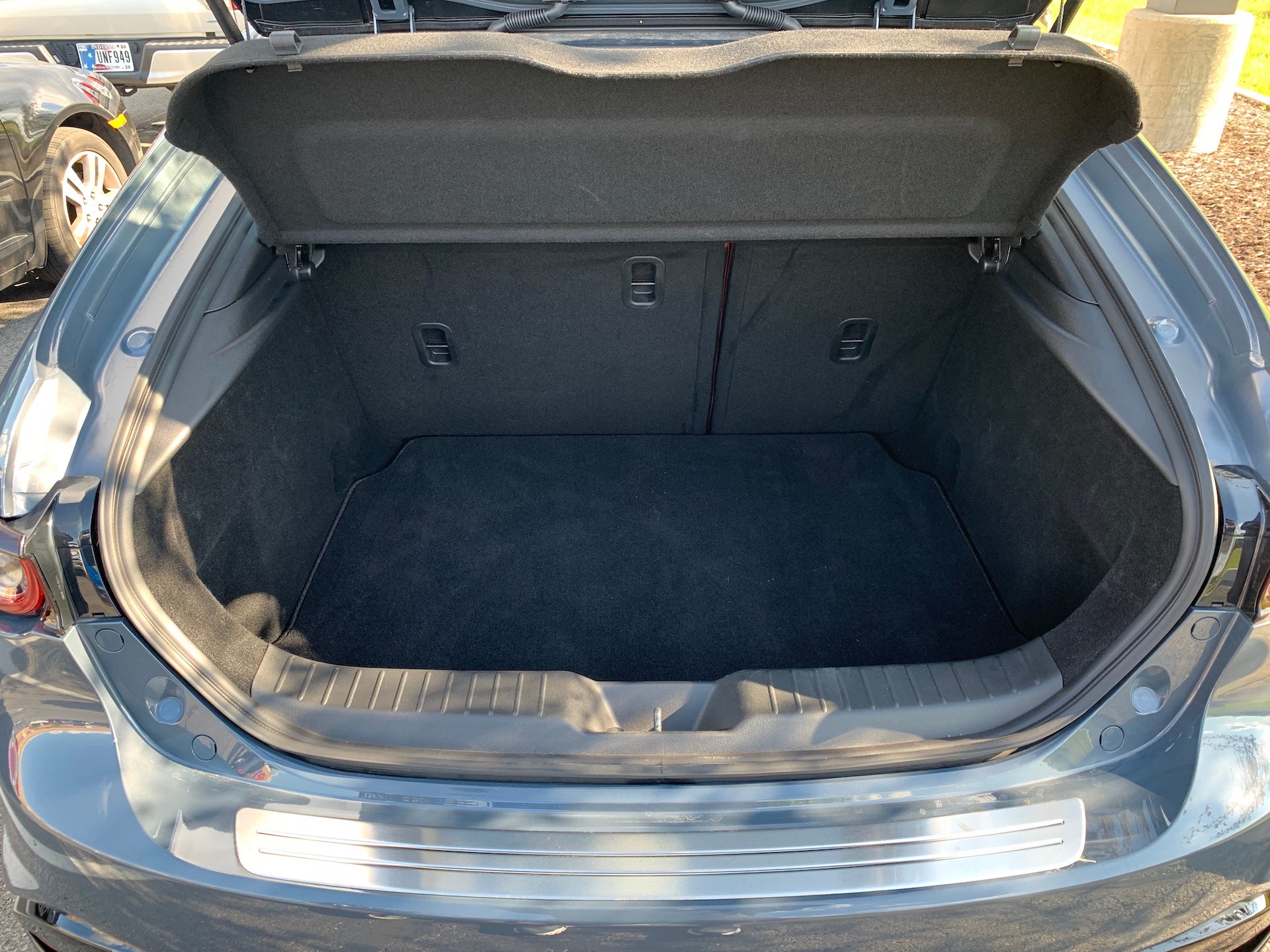 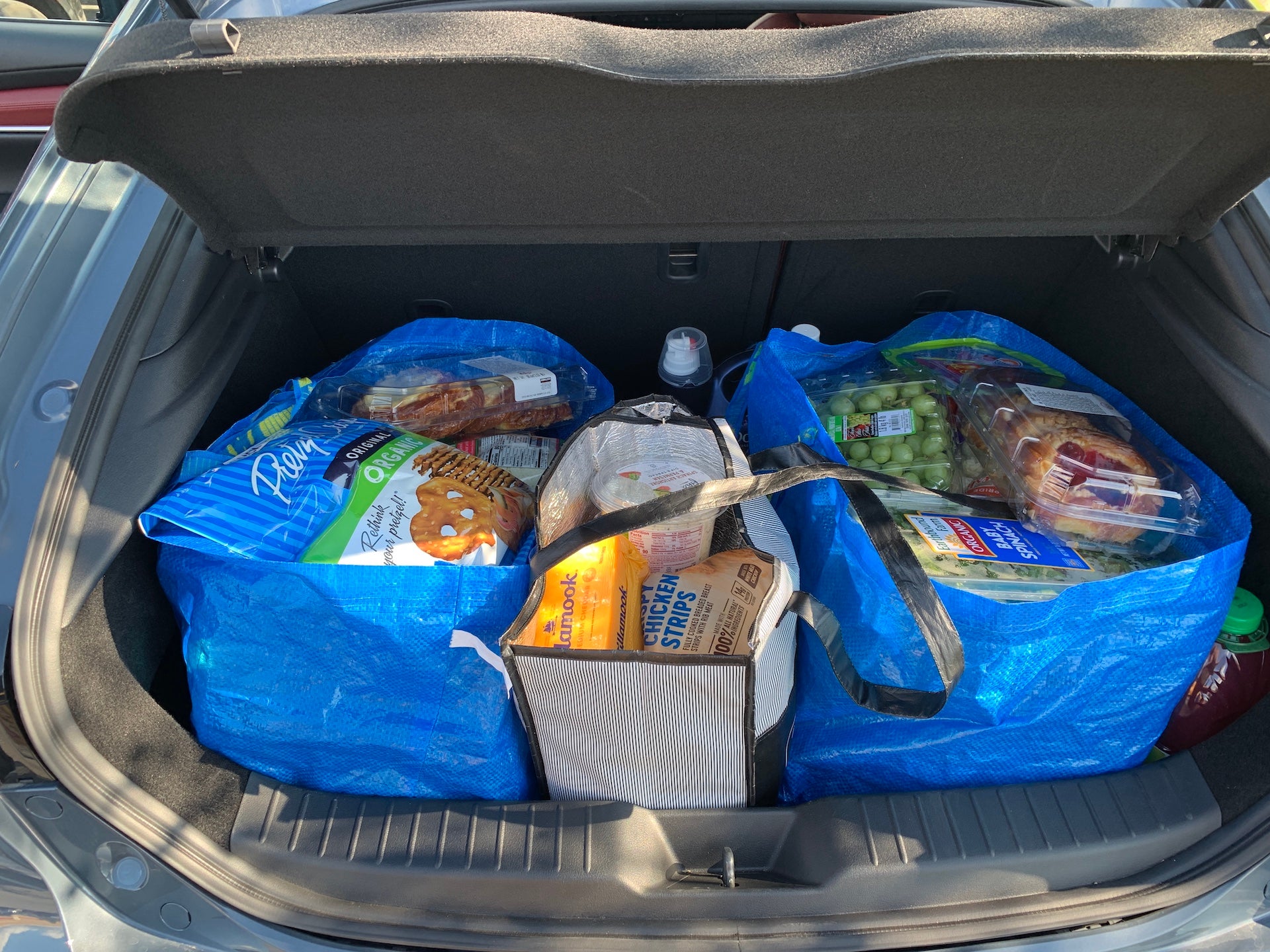 Last year I was able to put some serious miles on the new-gen, 2019 Mazda3 sedan, which is basically the same car as this one here, minus the bubbly butt. As I noted in 2019, I was pretty floored by what Mazda had pulled off in terms of refinement and character, managing to build a fun-to-drive sedan that didn't cost an arm and a leg. My only complaint: the suspension was too stiff.

The 186-horsepower engine under the hood of my recent test car was the same one I experienced in the sedan: a Skyactiv 2.5-liter four-cylinder with variable valve timing and cylinder deactivation. The same goes for the transmission: a six-speed automatic equipped with paddle shifters behind the steering wheel.

Judging from behind the wheel of the Mazda3 hatchback, nothing's really changed. The cabin looks the same because it is the same, and that sense of Japanese minimalism still prevails. The gauge cluster features a combination of analog dials with a digital screen built into the speedometer, which makes it feel like it hasn't gone full cyborg yet—unlike the BMW M8 I recently drove.

But Mazda bills itself as a more upscale, more performance-oriented alternative to Toyota or Honda, and that means the car should at least have some sporting pretenses. In order to get a good feel for this, I decided to tackle the Nürburgring.

No, not that Nürburgring, but Indiana's version of it. Established by good friends of mine, the Schweinefiletring (yes, it means pork filet ring) is a combination of 175 miles of country roads that recreate the shape of the Nürburgring Nordschleife. Supersized, of course. This one also offers multiple stops along the way where you can eat Indiana's famous fried pork tenderloins, and once a year it can be driven to raise money for charity.

I chose the Pork 'Ring more to get out of the city than a burning desire to blitz country roads, which is why I brought the fam along for the ride. After all, butts in the backseats are always good for feedback. You know, kids tend to say the darndest things like, "dad, the A/C sucks," "the seats are hard," or "there aren't any chargers back here," or "it really is a shame they never delivered on the promise of a modern Mazdaspeed3, because this platform's handling dynamics are truly exceptional even at the limit." Gotta love 'em.

Right away my first impression was that the hatchback's ride quality was better than the sedan's. The roads encountered were admittedly quite tight, where oftentimes second gear was more than enough to carry speed through the corners. Regardless of the road surface or layout, the little Mazda3 pounced along from corner to corner like it was a breezy, Saturday afternoon drive. Oh, wait... 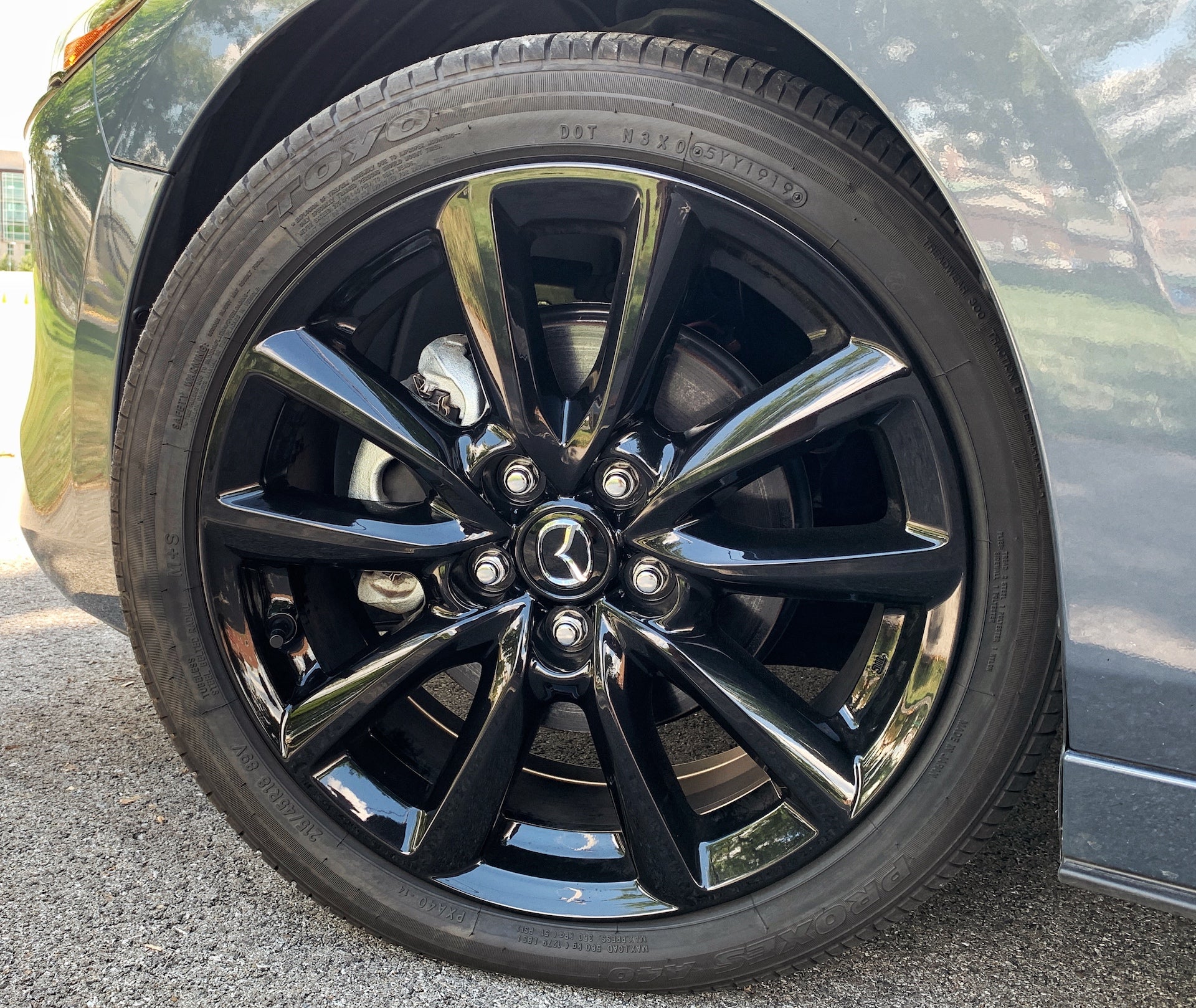 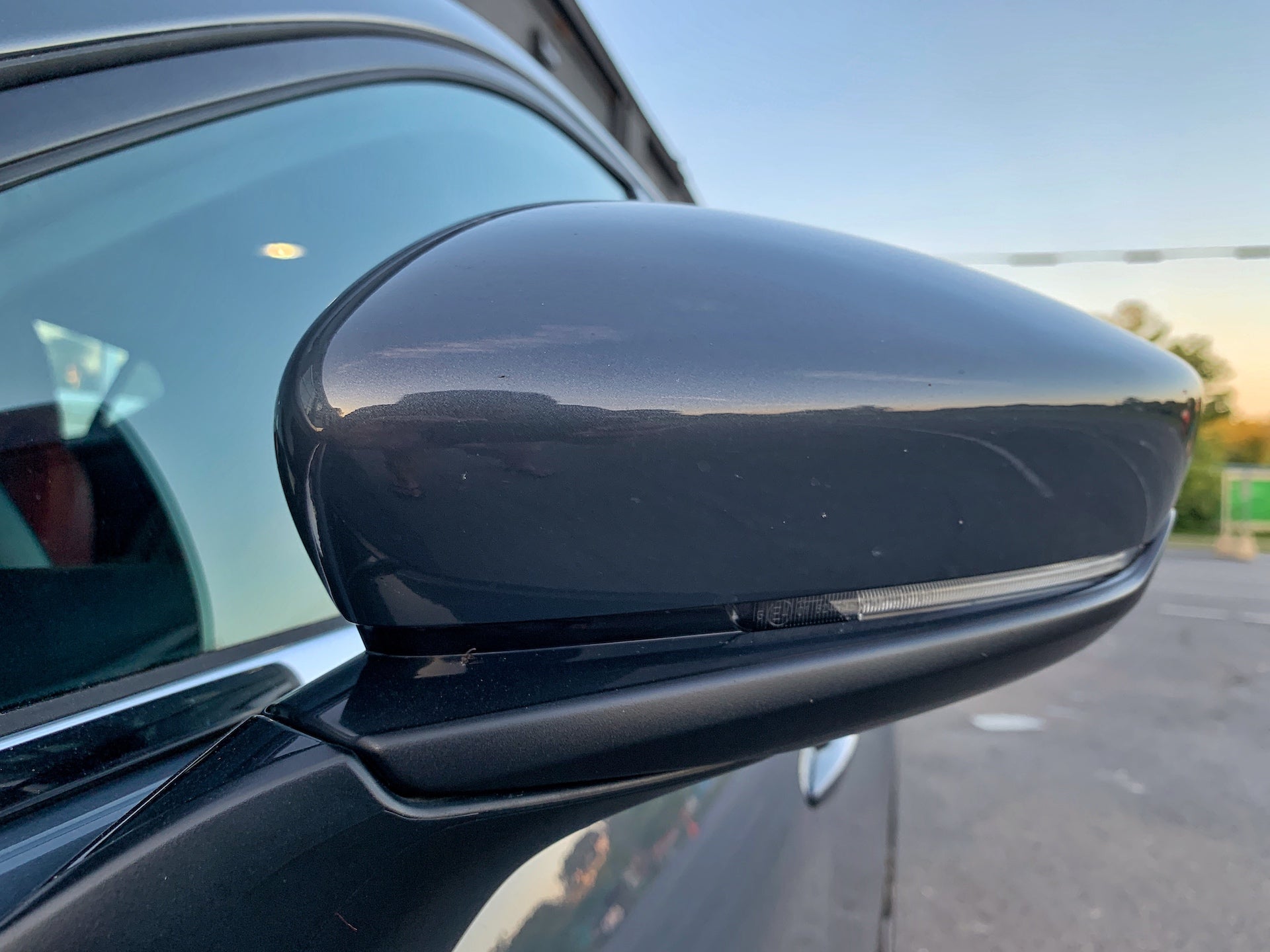 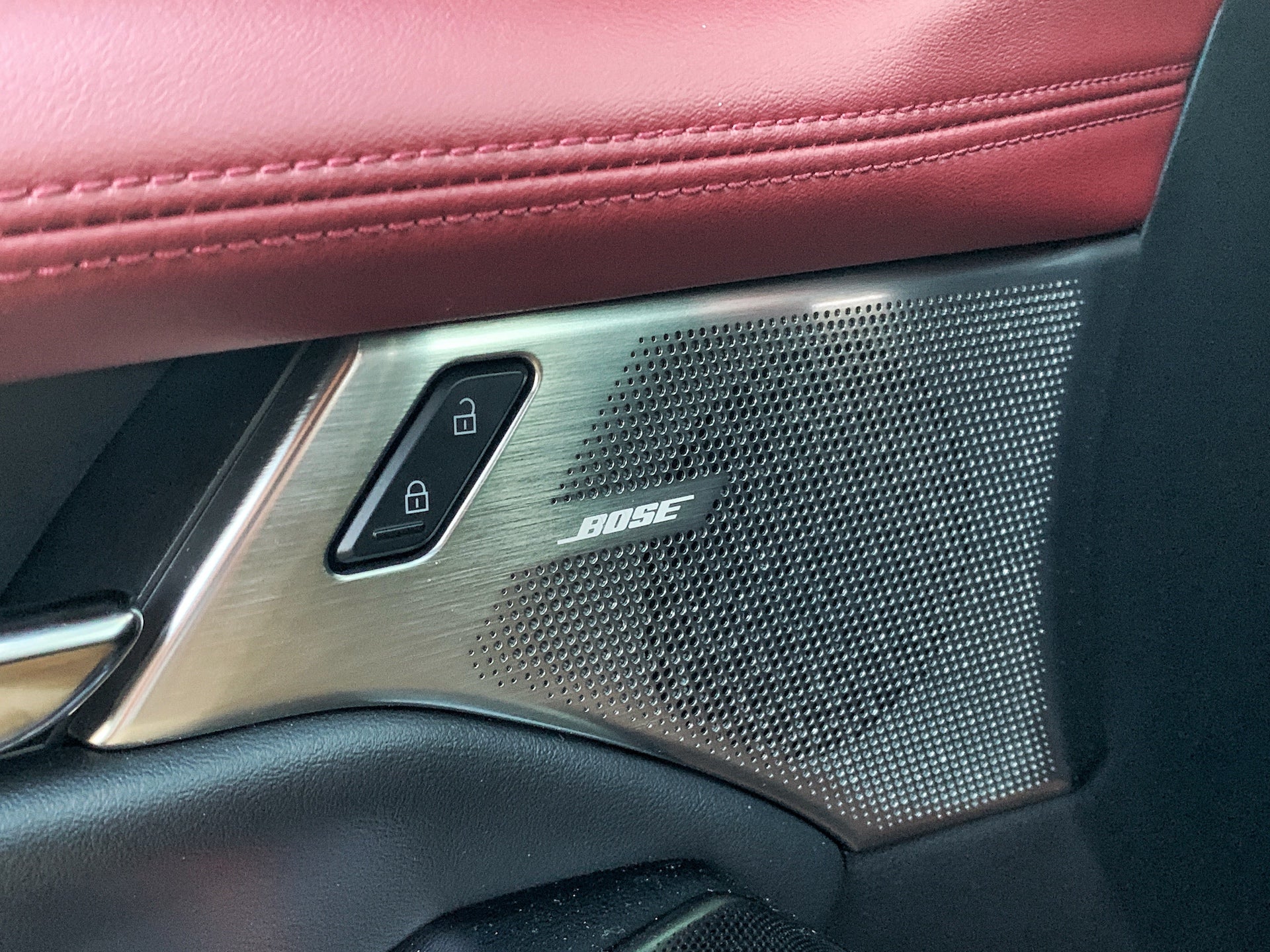 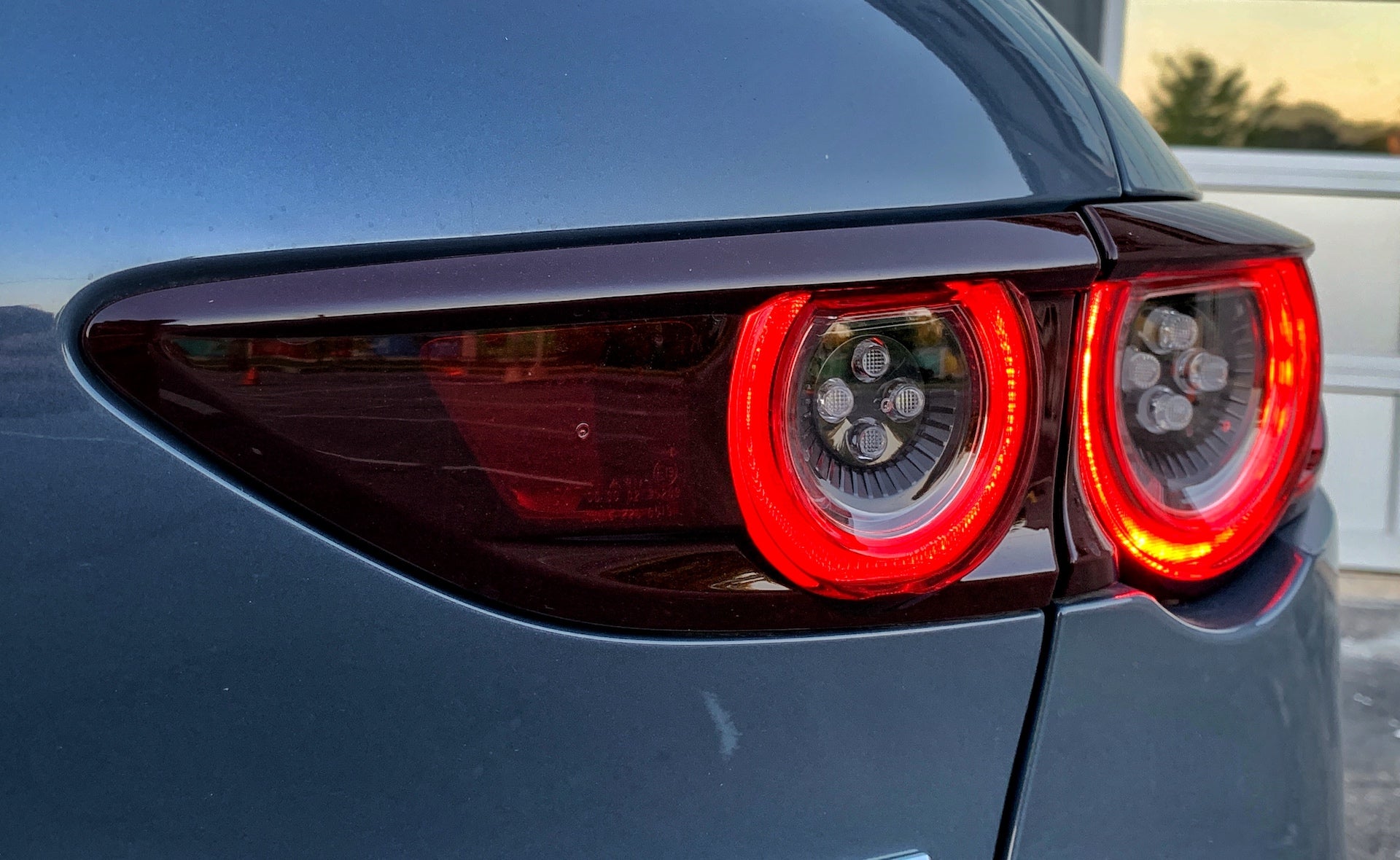 With speeds ranging from 35 to 55 mph, the 150 miles of country roads I traversed were more than enough to pick up on the differences between the sedan and the hatchback. The way the car turned into the corners was similar to the sedan, but around the apex, the hatch felt a bit sluggish coming around the bend.

It's as if the chassis had to take just a split-second longer to decide what it wanted to do. Did it bother me? No, because I wasn't chasing a lap time.

On the highway, the car felt at ease—it was more of a Honda Civic Sport than a Volkswagen GTI—meaning that it didn't feel wound-up and stiff at 80 mph or higher. The first time I drove over a pothole my body pre-reacted as if it knew what was coming, but surprisingly enough, it was all smooth sailing. I suspect that had I thrown a couple of things in the trunk or kayaks on the roof, the ride would've been even better.

After a couple of hours of driving, I was reassured by the fam that no one needed to puke, so that alone is a testament to the hatchback's comfortable ride. Granted, I wasn't really stepping on it, but no one likes being thrown from side to side inside a car at any speed.

I reached out to Mazda to inquire about any possible changes to the suspension between the 2019 sedan and hatchback models, and I was told that the hatchback is actually around six to eight pounds lighter than the sedan. When it comes to suspension tuning, however, a spokesperson claimed that a slight revision could've been made for 2020 models, but nothing considerable.

My verdict is that the Mazda3 hatchback is an even better all-arounder than the sedan, though if you're going to turn it into your weekend toy, you're better off getting the more agile and tossable four-door variant. If most of your duties involve driving to and from work, taking the kids to school, hitting the lake with the kayaks on the weekends, or occasionally exploring your state's take on the Nürburgring, the hatchback is hands-down all the car you need.

But I also can't blame you if you want to hold out for the one with 250 horsepower and 320 pound-feet of torque. You're only human, after all.