Sharp looks, a classy interior, and on-point handling for a price that doesn’t break the bank? Watch out, Germans. 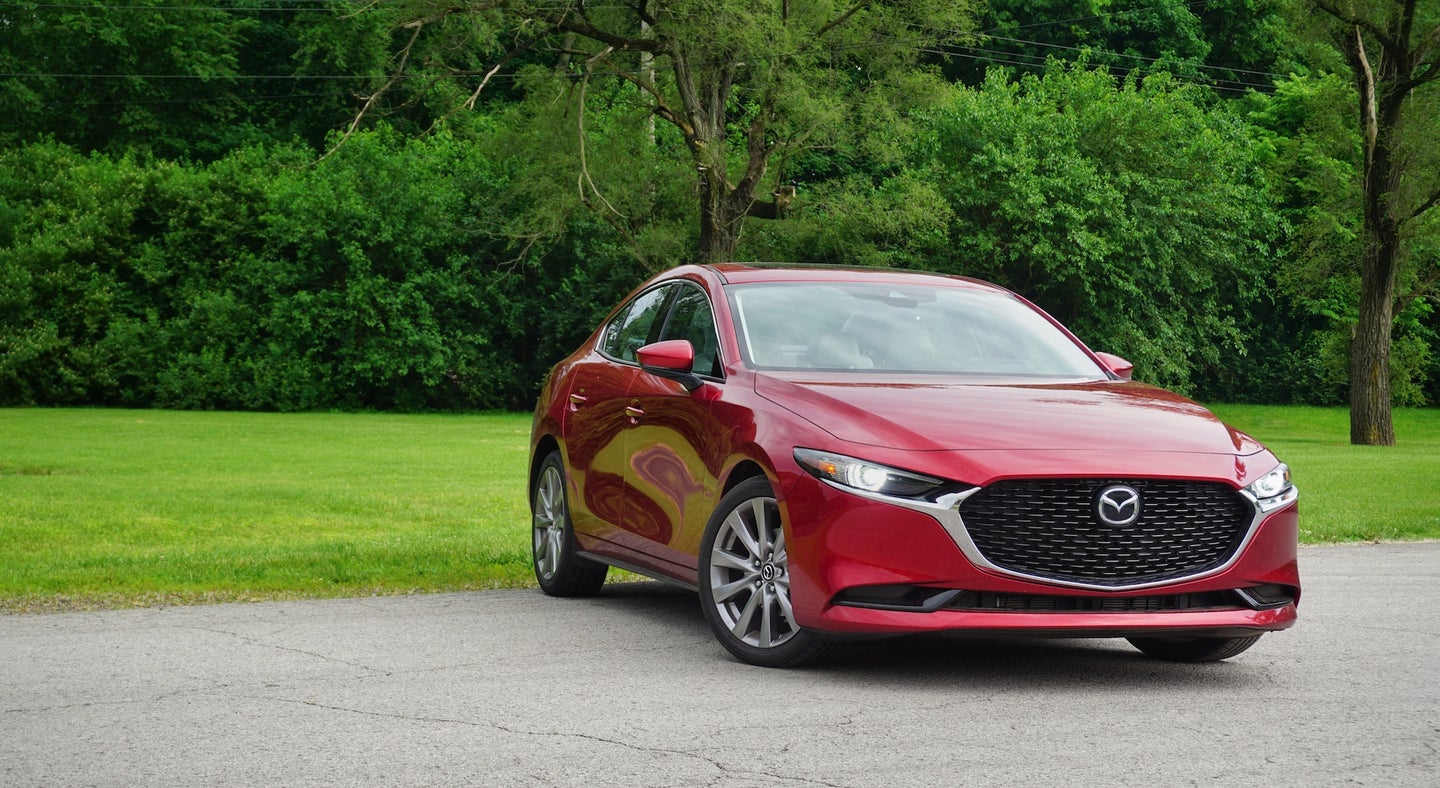 Sportiness and style may give the Mazda3 an advantage with enthusiasts looking for a new ride, but when your competitors include the venerable Honda Civic and Toyota Corolla, those traits alone aren't enough to deliver big sales results. Good thing my fully loaded tester's price tag of $30,135 is a smoking deal if I've ever seen one. In addition to fun tech like Apple CarPlay and Android Auto, safety systems like Mazda's Smart City Brake Support, radar cruise control with full-stop capabilities, blind spot monitoring, lane departure warning system, lane keeping assist, rear cross traffic alert, adaptive full LED front lighting system, and LED taillights are also included in the price.

And if you're looking to shave a few bucks off that sticker, you could easily live without the $425 illuminated door sill plates and the $275 frame-less rearview mirror found on this build. Also, let's not forget that this car has all-wheel drive, while its front-drive counterpart shaves three grand off the starting price and comes with the same 186-horsepower beauty of an engine.

What more can you ask from a budget-conscious stunner that handles and feels like a German sports sedan? Usually, nothing. But in this case, a slightly more civic approach to ergonomics and suspension would go a long way. My suggestion? Bleed a pound or two of air pressure to make the sidewall of the P215/45 R18 all-season tires a bit more flexible, or simply opt for the meatier 16-inch tire and wheel combo offered in lesser trims. Aside from that, I leave convinced that owning a Mazda3 would considerably increase the number of times one smiles throughout the day.