Here’s all you need to see from the action in Los Angeles today. 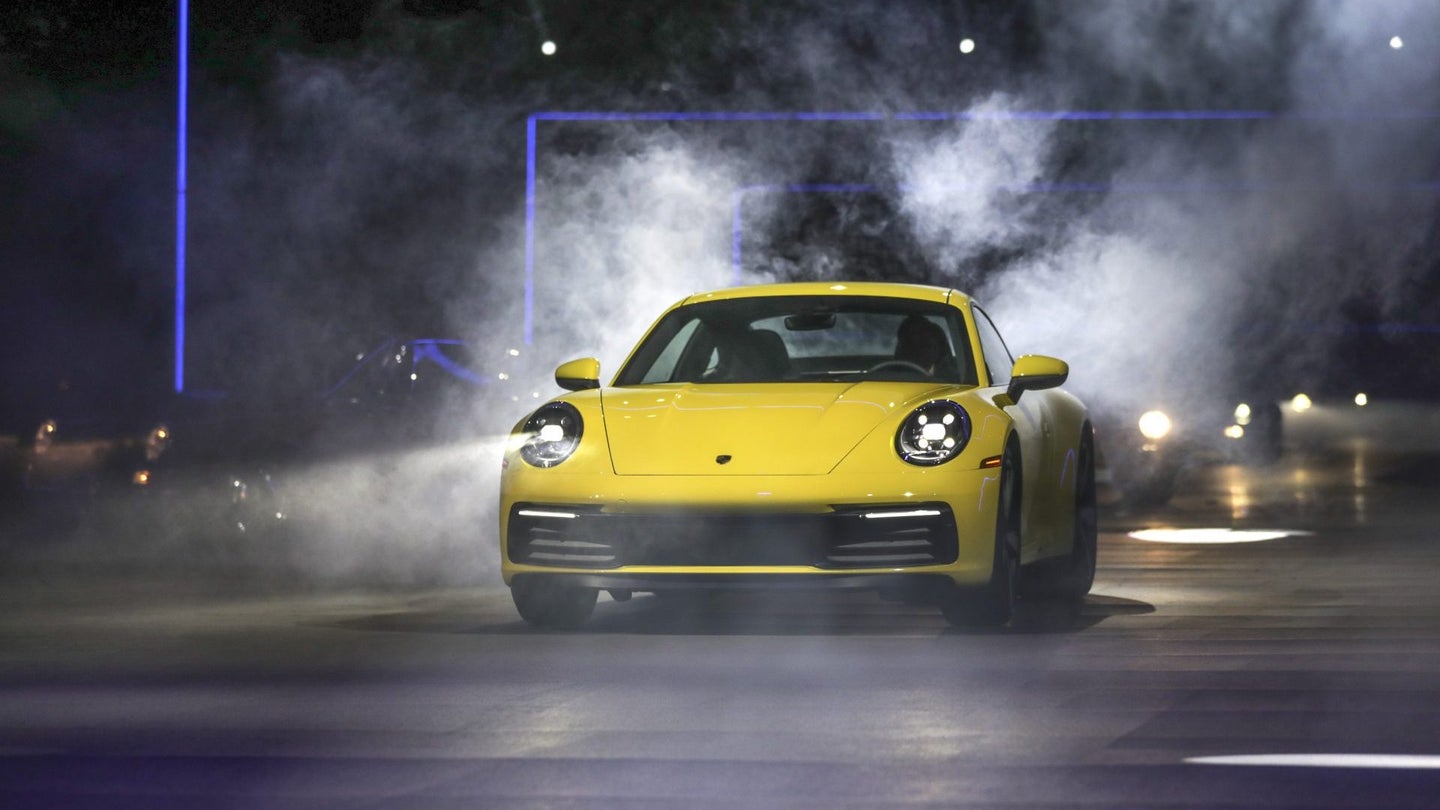 As the first media day of the 2018 Los Angeles Auto Show winds down, we thought we'd take stock of some of the more notable automobiles that have either been unveiled or featured at the LA Convention Center. This year's show introduced us to everything from high-dollar German sports cars, humble Japanese compacts, refreshed Korean Bentley-clones, to actual, drop-top Bentleys. Here are, in no particular order, six of the hottest rides from the LA Auto Show...that aren't SUVs, hybrids, or EVs.

The fast get faster and the furious get furious...er as Mercedes-AMG's already-manic GT R gains a shedload of motorsport-derived upgrades in its new Pro variant. Influenced by the German manufacturer's GT3 and GT4 racing programs, the GT R Pro touts genuine experience and equipment from top-level competition. Despite having the same 577 horsepower output as the "standard" GT R, the Pro is six seconds faster around the Nurburgring and considerably more exclusive as it'll be made only for the 2020 model year.

More pedestrian members of the AMG GT family have been given a refresh as well, boasting more tech than before.

After months of more than a few teasers and leaks, Porsche finally pulled the last bits of camouflage off the all-new 992-generation 911 and—surprise, surprise—it looks like a 911. Engines remain flat, six-cylindered, and shoved behind the rear wheels. I mean, what else did you expect?

As the world gets acquainted with the new hotness that is 992, the 991 isn't about to go out without making a little noise. As a send-off for the outgoing 911, Porsche has blessed us with the GT2 RS Clubsport—a track-only, limited-run version of the top-shelf GT2 RS. With 700 horsepower, patrons of Weenie Hut Jr.'s need not apply. (R.I.P. Stephen Hillenburg)

Fun, stylish motoring need not be expensive and Mazda plans to further drive that point home with the all-new, fourth-generation Mazda3. Available as a hatch or sedan as before, the new 3 will be available with a revolutionary Skyactiv-X engine, a manual transmission, and—for the first time—all-wheel drive. Whether or not those three things can be optioned on the same vehicle remains to be seen.

Genesis has given its full-size G90 luxury sedan quite the facelift, fitting the Korean flagship with new front and rear fascias as well as a whole lot of connected tech. While the big Genesis might be seen as the economical option compared to its European rivals, there's nothing cheap about the way those wheels look.

If money is no object, however, the Bentley Continental GT Convertible will likely be more your speed. I could tell you about how its 6.0-liter W-12 makes 626 horsepower or the optional 2,200-watt Naim audio system but let's just bask in the fact that Bentley will offer to line this grand tourer's soft top in tweed.

The Mercedes-AMG GT R Pro is more than six seconds faster around the ‘Ring than the ‘standard’ GT R.