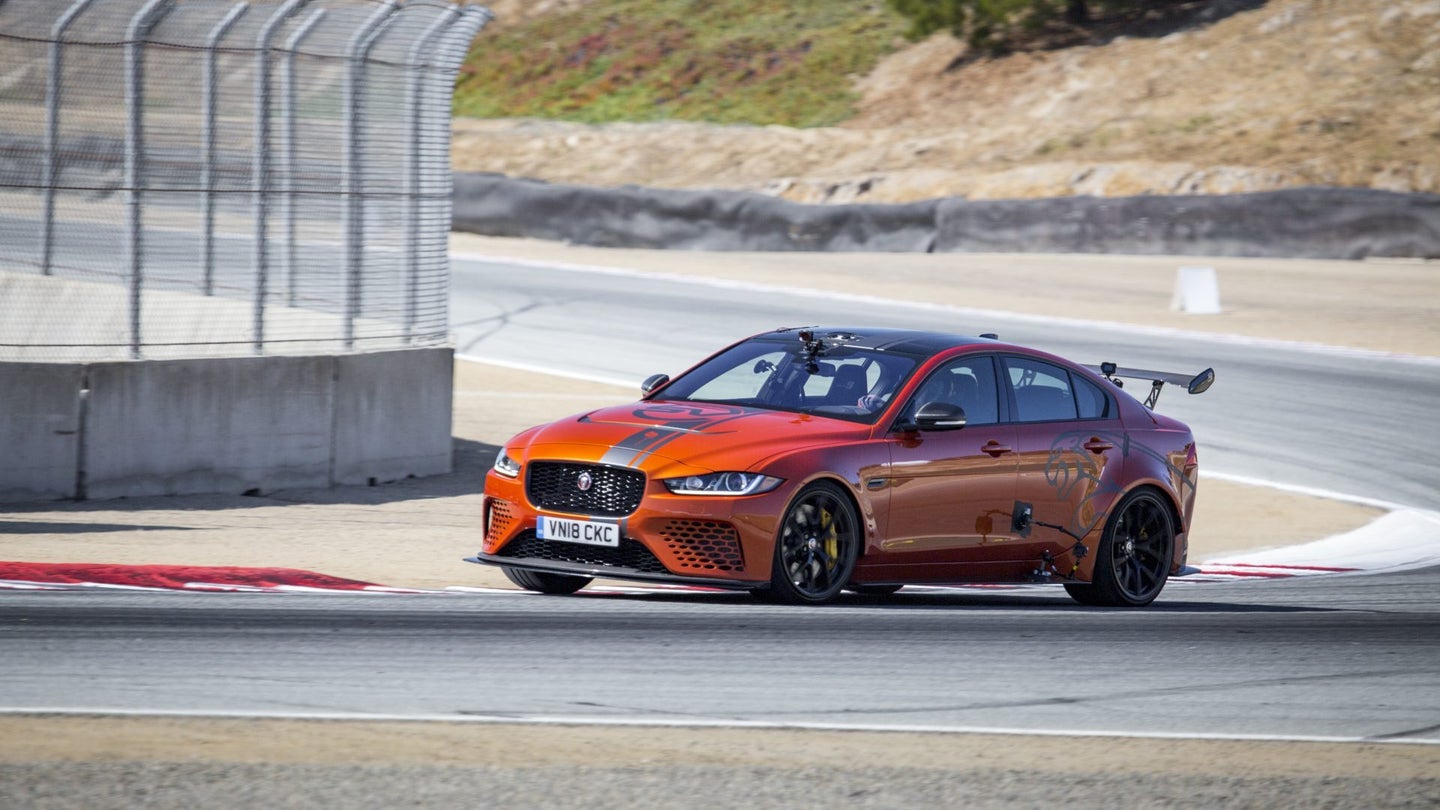 The automaker enlisted the help of professional racing driver Randy Pobst, who aided Jaguar with its electric production vehicle lap record at the same track, as announced last month. Pobst wrangled the Jaguar I-Pace electric crossover around Laguna Seca in 1:48.18, a time he would beat by more than 10 seconds with the XE SV Project 8, in which he managed a 1:37.54.

Jaguar can add the Laguna Seca lap record to its hat, where it keeps that of the Nürburgring production sedan lap record as well. It managed a 7:21.23 in late 2017, but Jaguar's Special Vehicle Operations (SVO) performance wing continued development of the Project 8 until production began in June. Jaguar thinks this could make the production-ready car capable of breaking the Nürburgring record for a second time, even in the hands of its customers.

Every one of Jaguar's 300 planned XE SV Project 8s is powered by a supercharged, 5.0-liter V8 making 592 horsepower, which the car twirls through a ZF eight-speed automatic transmission and an all-wheel-drive system. A specially-developed limited-slip differential on the rear axle keeps the XE SV Project 8's heinie under control during acceleration from slow corners, and its colossal rear wing does the same in faster turns. Between its all-wheel drive and Michelin Pilot Sport Cup 2 tires, zero-to-60 vanishes in 3.3 seconds, and with your foot flat for long enough, it can crack 200 before its electronic limiter steps in.

Its suspension comes with adjustable ride height and camber, and in Track mode, downforce increases and damping is altered to better handle spirited driving. Provided you have the 149,995 pounds ($200,000) Jaguar wants for a Project 8, you can pick whether to have back seats or not; foregoing them gives you a roll hoop, carbon fiber bucket front seats, and four-point racing harnesses. For that kind of money, you'd honestly expect safer five- or six-point harnesses, which prevent submarining in the event of a serious crash.

But that's the price you pay for a sedan capable of embarrassing some modern supercars. Props to Jag for even building something this mad.