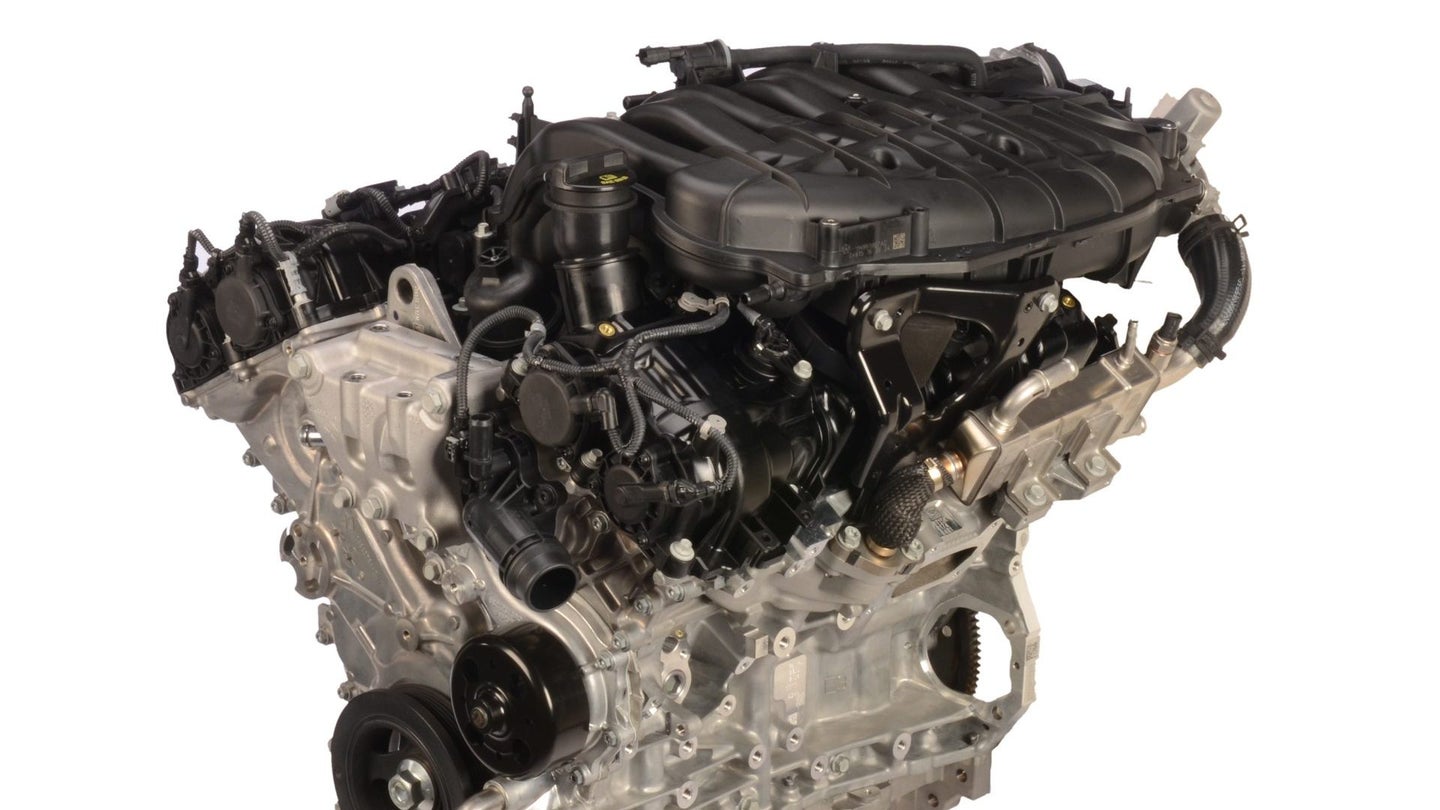 Fiat Chrysler Automobiles is reportedly developing a fleet of inline-six powerplants to replace its Pentastar family of V6 engines.

The Pentastar line encompasses a set of all-aluminum 3.0-liter, 3.2-liter, and 3.6-liter dual overhead-cam V6 engines as part of a series of 2011 model year FCA products, powering vehicles of every one of its marques but Maserati. According to Allpar, FCA initially wanted to modernize the engine with forced-induction variants but has scrapped the plan, instead focusing on a line of straight-sixes.

This new engine range is believed to be internally named "Tornado" according to Allpar, and will reportedly be based on FCA's 2.0-liter turbo-four Global Medium Engine, supposedly designated "Hurricane" internally.

Displacements are said to come in at just under 3.0 liters to undercut engine size taxes in certain European markets, and the power unit's design is reported to emphasize tight packaging, counterbalancing the engine format's weakness: length. Iron cylinder sleeves, used to reduce cylinder wear, will reportedly be foregone for this engine line. Based on the comparable nomenclature attached to the "Hurricane" 2.0-liter turbo-four, as well as FCA's reported need for a forced-induction six-cylinder engine, we believe the "Tornado" will be turbocharged.

Wholesale replacement of the Pentastar by the "Tornado" is questionable, as inline-six engines are tricky to package owing to their extreme length, even more so when made bulkier by turbochargers. Transverse six-cylinder engines are almost always V6 engines, not inline-six, which tend to be mounted longitudinally. Full-size Maserati, Ram, and Jeep products could make good use of a modern inline-six, however, and if equipped with a mild hybrid system like that of the new Mercedes-Benz E 53 AMG, it could be economical as well as punchy.

The Drive reached out to FCA for comment on claims of this new engine, and a company spokesperson dismissed Allpar's claims as speculative.

The Pentastar engine update could eventually be seen in the popular Jeep Wrangler.
The Drive
MORE TO READ