Report: Chrysler 300 Will Be Replaced by an Electric Crossover in 2020

The all-new vehicle could be built at FCA's Brampton assembly plant in Ontario, Canada. 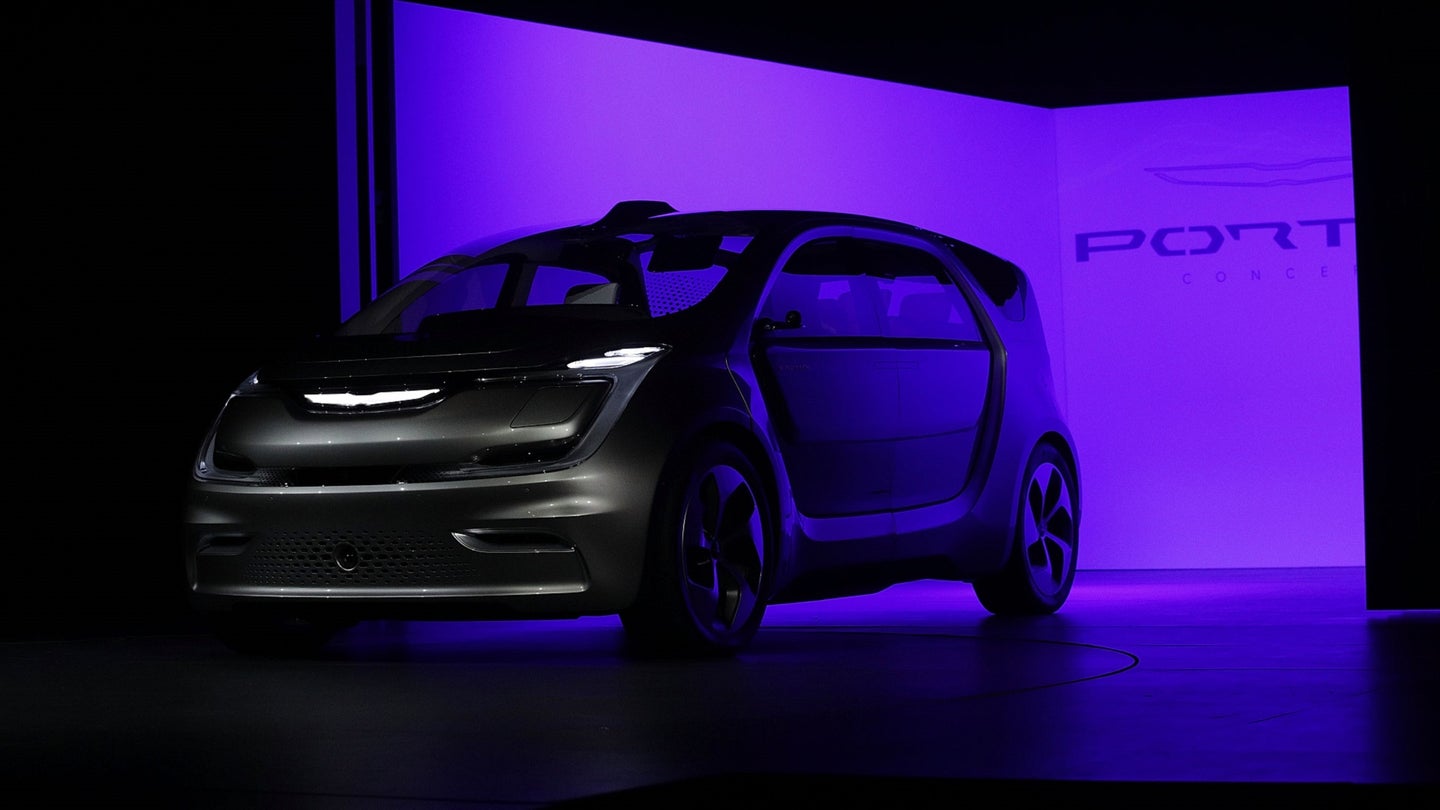 Chrysler will reportedly phase out its full-size 300 sedan in 2020 and replace it with an electric crossover of some sort.

Automotive News claims that a Canadian union boss hinted that the sedan might be going away relatively soon, but nothing is confirmed at this point. However, the vehicle that could potentially replace it is a road-going variant of the futuristic Chrysler Portal concept.

"It's all been secondhand information, but the 300 is going to be gone and replaced by a CUV," explained Jaspal Brar, president of Unifor chapter 1285, in an interview with Automotive News on Monday. Brar is the president of chapter 1285 of Unifor. "That's been thrown out there before. But, we're waiting for something more definitive. We're anticipating something sooner rather than later."

Unifor is a Canadian labor union, with chapter 1285 being based in Brampton, Ontario. Its members are comprised of regional automotive laborers, some of whom are employed at FCA's Brampton plant, where the Chrysler 300 is assembled. FCA reportedly invested $325 million in the factory in 2016, retooling its assembly lines and paint facilities. The automaker reportedly declined to comment on Brar's allegations that the 300 would be replaced in 2020.

"The Chrysler 300 will be available for the 2019 model year," an FCA spokesperson told Automotive News. "We don't speculate on rumors regarding future product.

These reports are in line with news dating from 2016, which also alleged that the Chrysler 300 and its platform-mates the Dodge Charger and Challenger would be replaced in 2020. According to the 2016 report, two of these vehicles are to be superseded by models based on the Giorgio platform used by the Alfa Romeo Giulia, though one of the two sedans—either the Charger or 300—was reportedly fated to be shown the door in 2020, in line with what Brar claimed earlier this week. Another report from the same period claimed that the Charger was due one more facelift before a new generation arrives in 2020, the former half of which was confirmed when Dodge showed off the 2019 Charger.

With so many details of the rumors aligning with reality so far, we'd be unsurprised to see the 300 go the way of the 200 in 2020. There'll be no way to know for certain until FCA reveals its intent for the Chrysler 300.

By combining hybrid efficiency and minivan roominess, has Chrysler designed the ideal family vehicle?
The Drive
MORE TO READ