Current Dodge Challenger, Dodge Charger, and Chrysler 300 Will Stick Around Until 2020

But one of the sedans will likely meet the hangman before 2021. 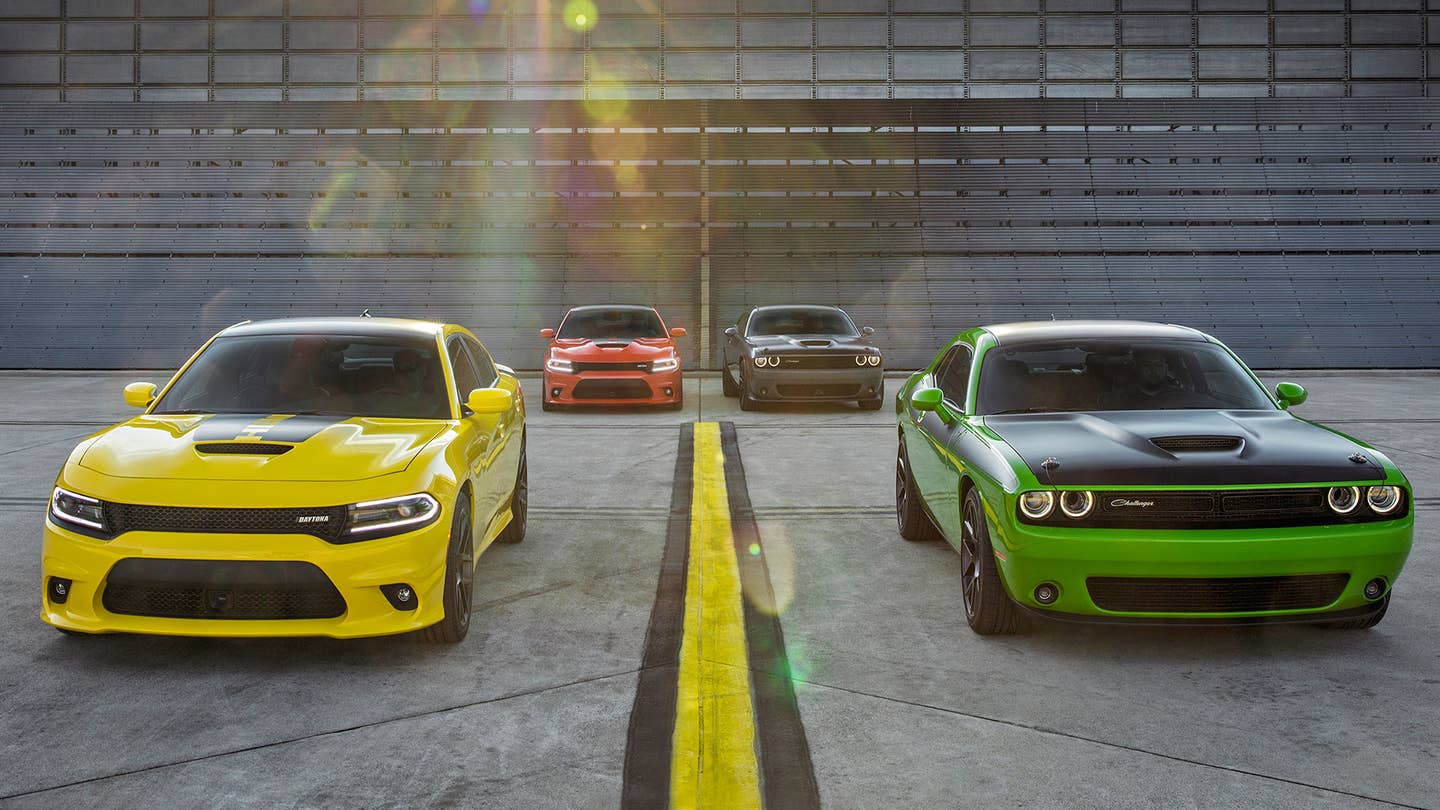 The current Dodge Challenger, Dodge Charger, and Chrysler 300 will all be sticking around until 2020, according to a new report from Automotive News. Good news for fans of the current Hellcats and Scat Packs, sure. But that also means the trio of rear-wheel-drive Mopars will be stay stuck on a platform that dates back 16 years by the time it goes extinct.

This new batch of information—along with some vague remarks reportedly made to union members —comes as effective confirmation of earlier reports that the trio of FCA products wouldn’t be replaced for a good four years. Citing a pair of sources, AN says FCA still intends to create replacement versions of the cars based off a widened, lengthened version of the flexible Giorgio platform that serves as the basis for the Alfa Romeo Giulia.

As The Drive previously reported, future versions of the vehicles are expected to be significantly lighter, thanks to the modern nature of the Giorgio platform, and should wear styling that’s much less retro-chic than the current models. The Alfa-derived platform is also beefy enough that Dodge will finally be able to sell a convertible muscle car, according to AN.

In order to keep the Challenger, Charger, and 300 somewhat fresh throughout the first term of President Clinton or Trump, yet another refresh is reportedly in the cards—this one for the 2018 model year. While the EPA has already revealed that we can expect the all-wheel-drive Challenger GT before then, that timing does lead us to wonder if Dodge is planning the widebody Hellcat ACR as the flagship for the facelifted lineup.

A winnowing of the RWD ranks is expected to accompany the new platform, AN’s sources claim. Come 2021, either the Charger or the 300 will reportedly be put to sleep. Considering FCA has largely let the 300 languish over the last few years—it no longer comes in an SRT version, and rides on an even more antiquated version of the platform than the Dodge brothers do—it seems like the obvious choice to let go.

Then again, considering no replacement for the 200 is planned, axing the 300 would leave Chrysler with only the Pacifica minivan. At which point...hell, FCA might as well just cut the “C” right out of its name altogether.