The turbo power plant could carry the torch passed on by the old Chrysler “Slant-Six.” 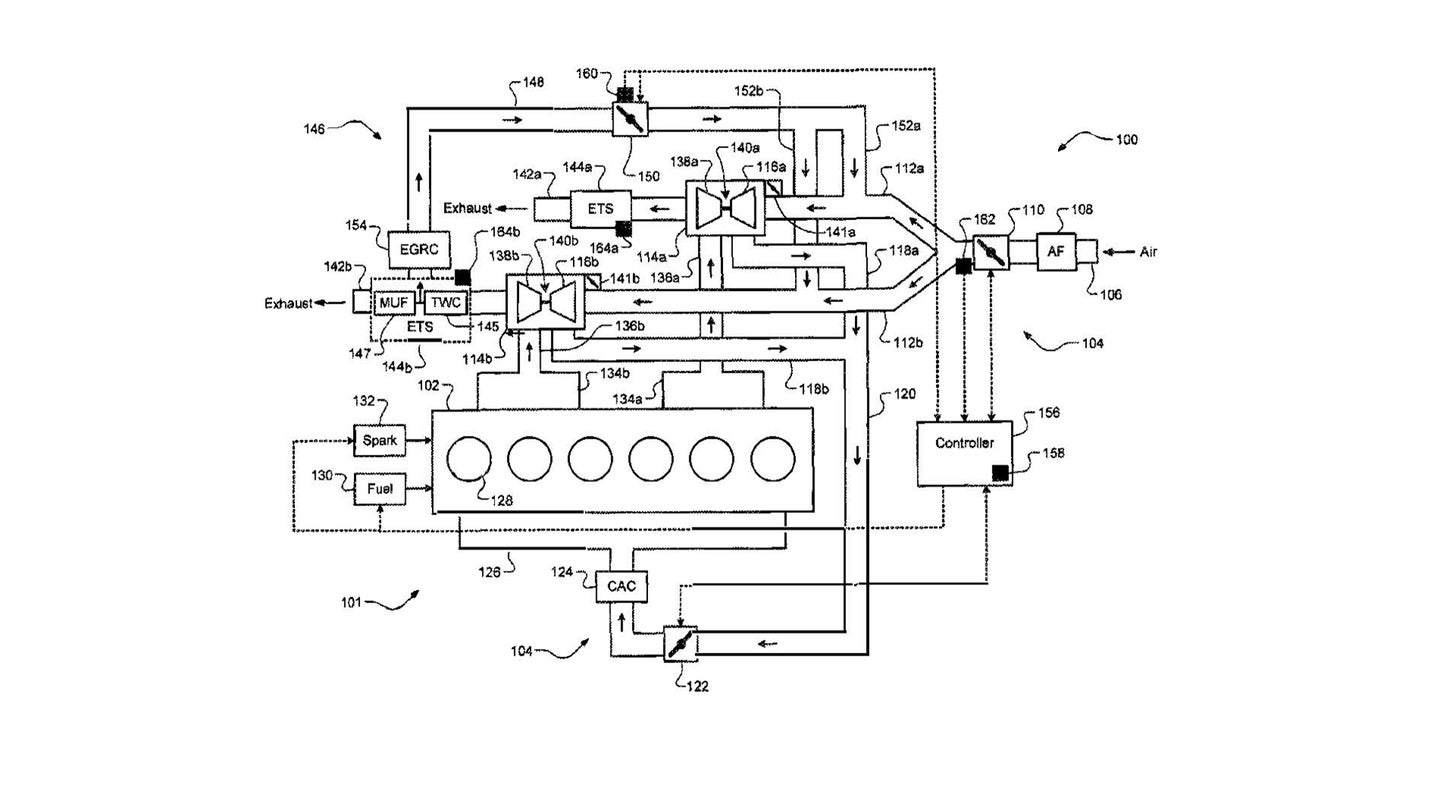 It appears Fiat-Chrysler Automobiles will be hopping aboard the bandwagon of reviving the inline-six as the folks at MoparInsiders stumbled upon a batch of new patent filings. Rumors have been suggesting the Auburn Hills automaker could be eyeing a turbocharged inline-six in its near future, a claim that's supported by these findings. Even more so, this could be a big deal for fans as it might usher in the revival of the “Slant-Six” ethos.

The patent—issued by FCA engineers on Nov. 1, 2017 and numbered 10,247,142—indicates the use of a new exhaust-gas recirculation system for FCA’s future range of gasoline engines. The part we're interested in, though, is the technical diagram that clearly shows six-cylinders arranged in a straight line.

We've been quite familiar with these rumors in the past, but now the “GME-T6” engine, which reportedly stands for “Global Medium Turbo-6," has been surfacing in FCA’s future product outlines. The new six-cylinder began gaining attention after additional rumors suggested that FCA was also working on an enormous 426 cubic-inch Hemi V8 performance engine. That idea was apparently canned, though, with focus on the new turbo-six allegedly taking its place.

This new turbo-six is supposedly destined to be the base engine option in future Dodge and Jeep applications as a replacement for the current Pentastar V6, which means it harks back to the days of the original “Slant-Six,” as Muscle Cars and Trucks points out. Once one of the company’s most ubiquitous motors between 1959 all the way up to the year 2000, the Slant-Six earned a legendary reputation for being incredibly reliable and durable while outperforming many of its crosstown competitors in terms of drivability and performance. It earned the nickname for being diagonally oriented with the cylinders running straight, but on a 30-degree slant.

The supposed plan is to offer the new six in a variety of tunes, ranging from 360 horsepower to 525 hp. The new turbo-six is also alleged to introduce the use of an electronically assisted turbocharger setup, named “eBooster,” that’ll help eliminate turbo lag. With FCA also keeping electrification on its immediate radar for future product plans, this could even point to a hybridized turbo-six Dodge Challenger.

Patent filings, of course, must always be taken with a grain of salt since they don't necessarily confirm future products. In most cases, they do allude to serious consideration by the manufacturer, though.

The Drive has reached out to FCA for comment and will update this article with its response.

Dodge Is Ranked the Most Reliable American Brand by Consumer Reports

Just one of the positive side-effects of making the same vehicles for 10-plus years.

The goal is to achieve a Hemi-like power rating with a smoother torque curve.