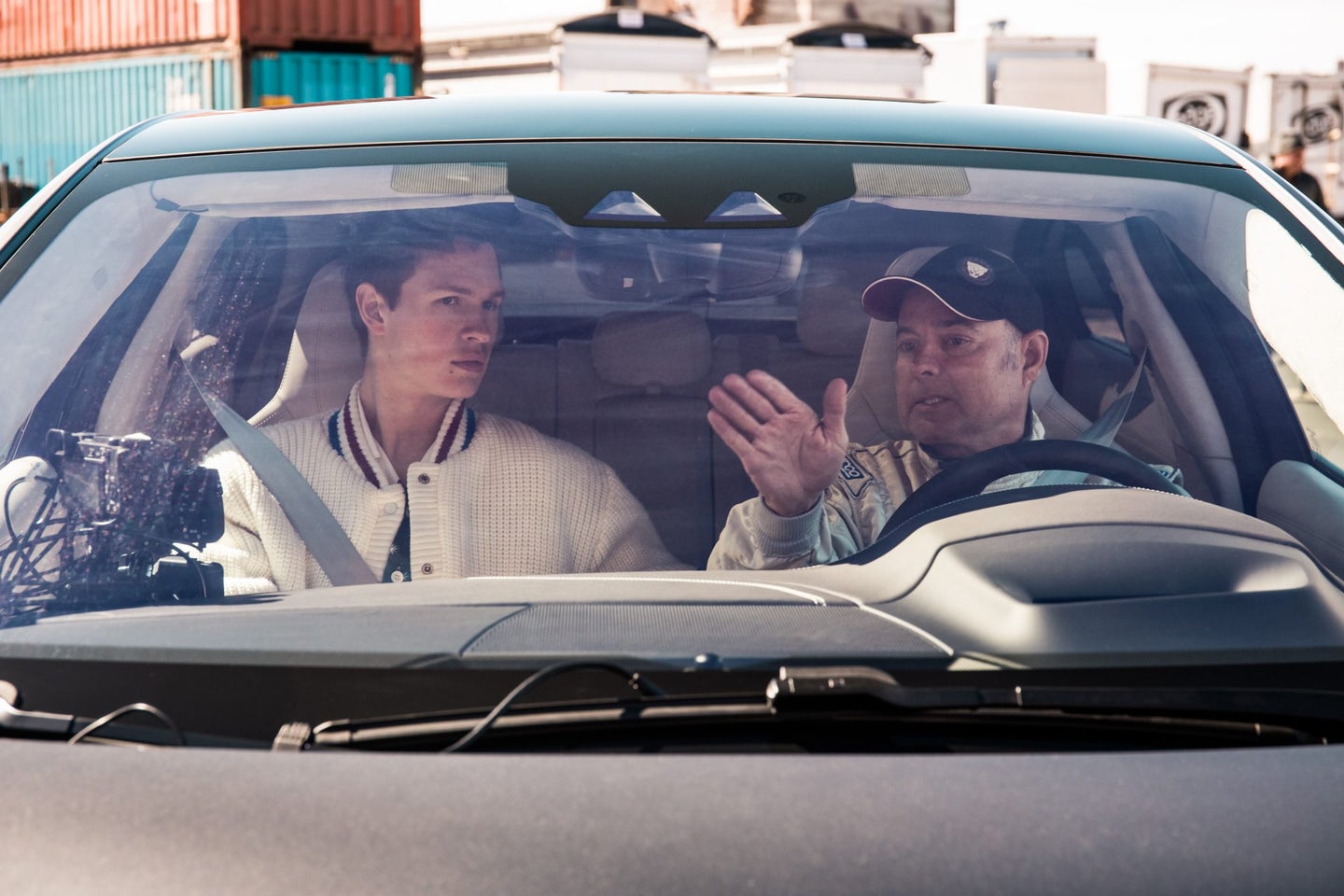 As a preview to the debut of the Jaguar I-PACE at the New York International Auto Show, pro driver Davy Jones met with the up-and-coming actor Ansel Elgort in Brooklyn to put the I-PACE through its paces.

Ansel is best known for starring in the hit Edgar Wright film Baby Driver. To prepare for that role, he attended weeks of stunt driving courses, and he currently owns one of the Subaru WRXs that his character used in the film. It's fair to say that Ansel is no stranger to performance driving. Davy Jones, on the other hand, is an accomplished competitor in NASCAR, IndyCar, and the 24 Hours of Le Mans.

To test the I-PACE's handling, Jaguar set up something called the Smart Cone Challenge, basically a randomized autocross course. Instead of following a set path, the driver has to look out for a green light that flashes on the next set of cones. Put through the tight course, the only noise that the electric I-PACE makes is the squealing of its tires. According to Ansel Elgort, "Squealing means your driving well."

"I’ve driven fast cars on set but never anything like this. I-PACE’s speed as soon as I hit the pedal really took me by surprise and made the challenge even more interesting. The Smart Cones look pretty simple at first, but once you’re out there it’s hard to anticipate where to go next…I’d love to go out and have another go"

Although they've competed in Formula E for the past couple years, the I-PACE will be Jaguar's first foray into a production electric vehicle. It looks like they're coming out swinging, with an all-wheel-drive SUV that can spring for zero to 60 in only 4.5 seconds. Jaguar will be showing the I-PACE at the New York International Auto Show, which opens its doors March 30.

This visual package adds even more personalization to the 567-horsepower F-Type SVR for no extra cost.