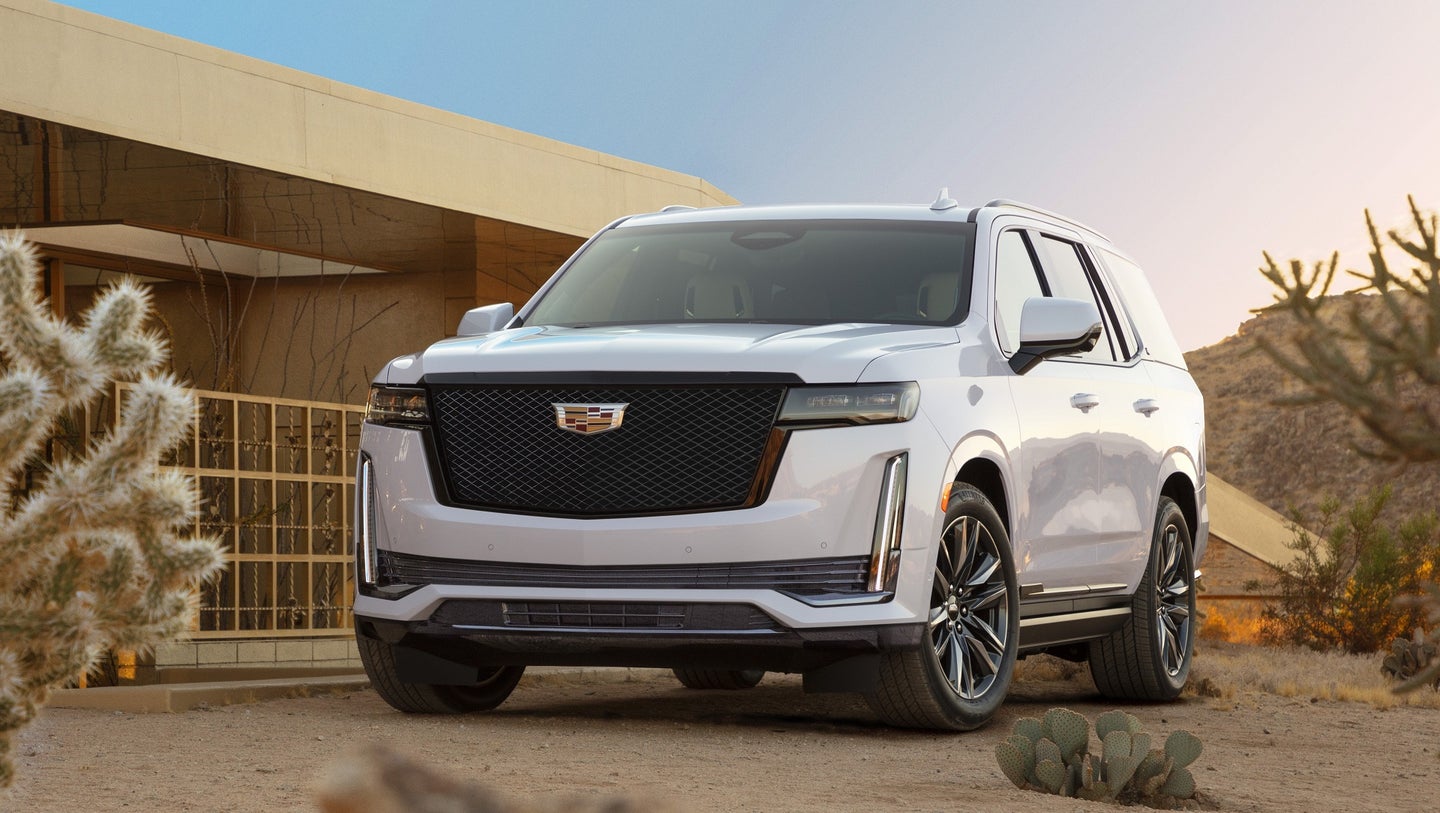 The 2021 Cadillac Escalade may have a less bling-tastic exterior than its predecessors but that certainly didn't mean it was going to get any cheaper. GM's luxury marque released pricing for its all-new flagship SUV and as it happens, parking Caddy's biggest and baddest clout-mobile on your driveway just became more expensive than ever.

In its base Luxury trim, the 2021 Escalade will cost $77,490 post-destination, a price bump of exactly $1,000 compared to this year's model. Admittedly not too big of a deal especially in this price bracket. Things get a little more eye-watering, however, when opting for the new Escalade's highest trims. The new Escalade's top-dog Platinum Luxury and Platinum Sport trims will start at almost $8,000 more than its equivalent 2020 models did, resulting in a bill for $101,290. A fully loaded Cadillac Escalade has been a six-figure vehicle for a while now, but the fact that certain trims will now start at that milestone is quite somethin'.

In exchange for all that cash, Platinum 2021 Escalades get 16-way adjustable massaging front seats lined in something called Opus semi-aniline leather, the 36 AKG speakers rather than the standard 19, soft-close doors, and a configurable, adaptive air suspension system with Magnetic Ride Control.

All that said, we can't honestly see this price hike affecting Escalade sales all that much considering most of them will almost certainly be leased or financed over a bazillion months. I mean, what's another $8,000 spread over seven years? The cost of another trip to Starbucks per day? Curved, 38-inch OLED digital dashboards don't come cheap, y'know. Plus, an argument could probably be made for the Escalade as enough of a Veblen good in which a six-figure price tag is actually a feature, not a bug.

So, while its increase in price is unlikely to hurt Caddy's newest truck, we can't say the same about economy-halting pandemics.

If you’d rather ditch the thirsty V8 for a torquey diesel, then there’s (apparently) no reason not to.