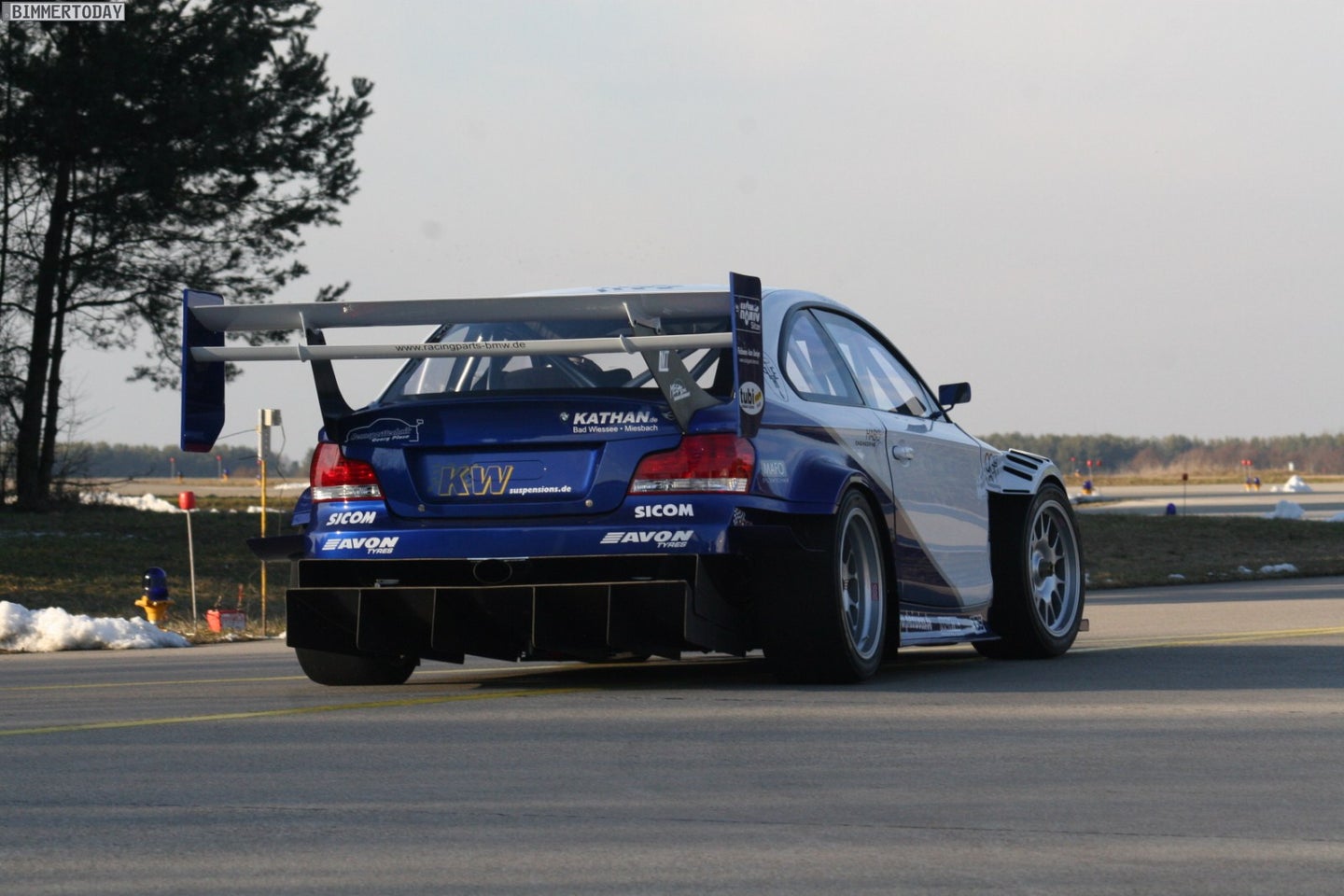 We've seen our fair share of wicked hillclimb cars, and this one certainly fits into that category. Like many of our other favorites, this BMW 1-Series is a combination of purpose-built parts designed to attack time trials and mountain roads alike with plenty of classic motorsport influence. However, the car here features more than just a typically tuned Bimmer powerplant—instead, it's got a Judd V8 engine under the hood whose screams remind us of the glory days of F1. This unlikely pair makes for an unsurprisingly exciting machine, and if you don't believe it, then just listen to this clip.

The Judd V8 family was the brainchild of engine builder John Judd and F1 legend Jack Brabham. The duo paired up originally to develop an engine for Honda's return to Formula 2, but the demise of the series left them with some thinking to do. The tandem went on to build engines for several major racing series including Le Mans, developing high-revving units that filled the French countryside with high-strung music.

The engine used in this car is a KV675 V8 that was developed for endurance prototypes in 2001. It measures 3.4L in displacement while producing 550 horsepower with an ear-crushing redline, reminding us why we loved the series in the first place.

Unfortunately, driver Georg Plasa passed away in 2011 in an accident involving the car seen here. The decorated German hillclimb racer will be remembered for his experience and dedication to racing.