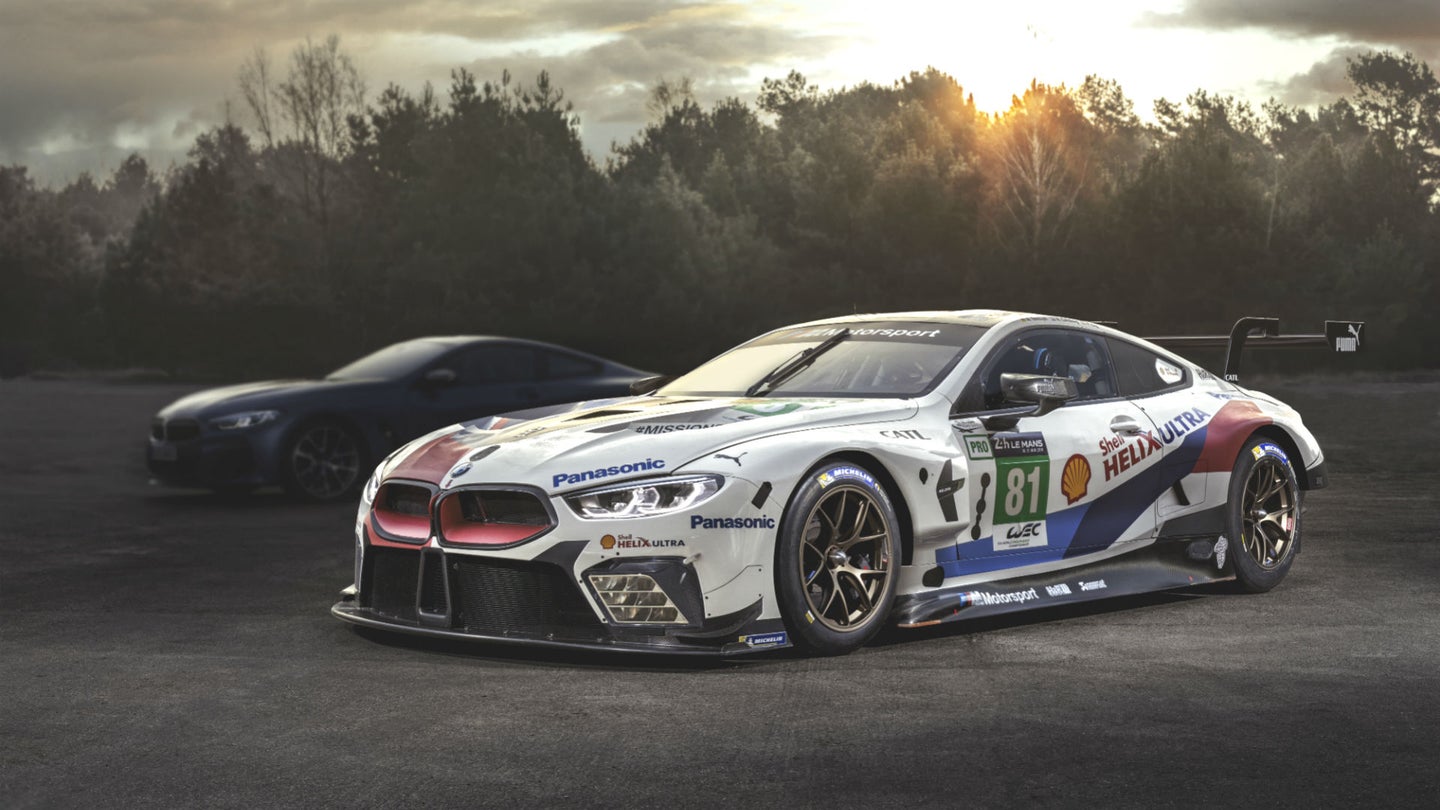 The wait is almost over. BMW announced on Monday that it will mark its return to the 24 Hours of Le Mans with the debut of the new 8 Series Coupe, the first model of the revived 8 Series range that will take on the likes of the Mercedes-AMG GT Four Door Coupe and Aston Martin DB11. BMW will pull the wraps off its new flagship coupe in June, right before the grueling Le Mans endurance race starts.

The Bavarians are making a big deal in particular about the new M850i xDrive Coupe, which will feature a new V8 engine, adaptive M suspension with Active Roll Stabilization, intelligent four-wheel drive, Integral Active Steering, and a controlled rear axle differential lock, among other yet-to-be-announced features.

Much of this technology was developed and fielded on the M8 GTE race car, which already saw action in the American IMSA WeatherTech SportsCar Championship series and at the Total 6 Hours of Spa-Francorchamps, the first stop on the FIA World Endurance Championship's 2018-2019 calendar. BMW will race two M8 GTEs at this year's Le Mans race, the first time the brand has done so since 2011. As the FIA WEC's second race, this event is the perfect place to reveal such an important model in BMW's lineup.

"The [24 Hours of Le Mans] race is a pure demonstration of passion, dynamics and long-distance capability," explained Klaus Fröhlich, board member of the BMW AG, Development. "These characteristics define our new sports car in a special way.”

The all-new 8-Series Coupe will make its debut June 15, a day before the 24 Hours of Le Mans race at the Circuit de la Sarthe in France kicks off.