This will be the Stuttgart manufacturer’s largest single-class effort in years. 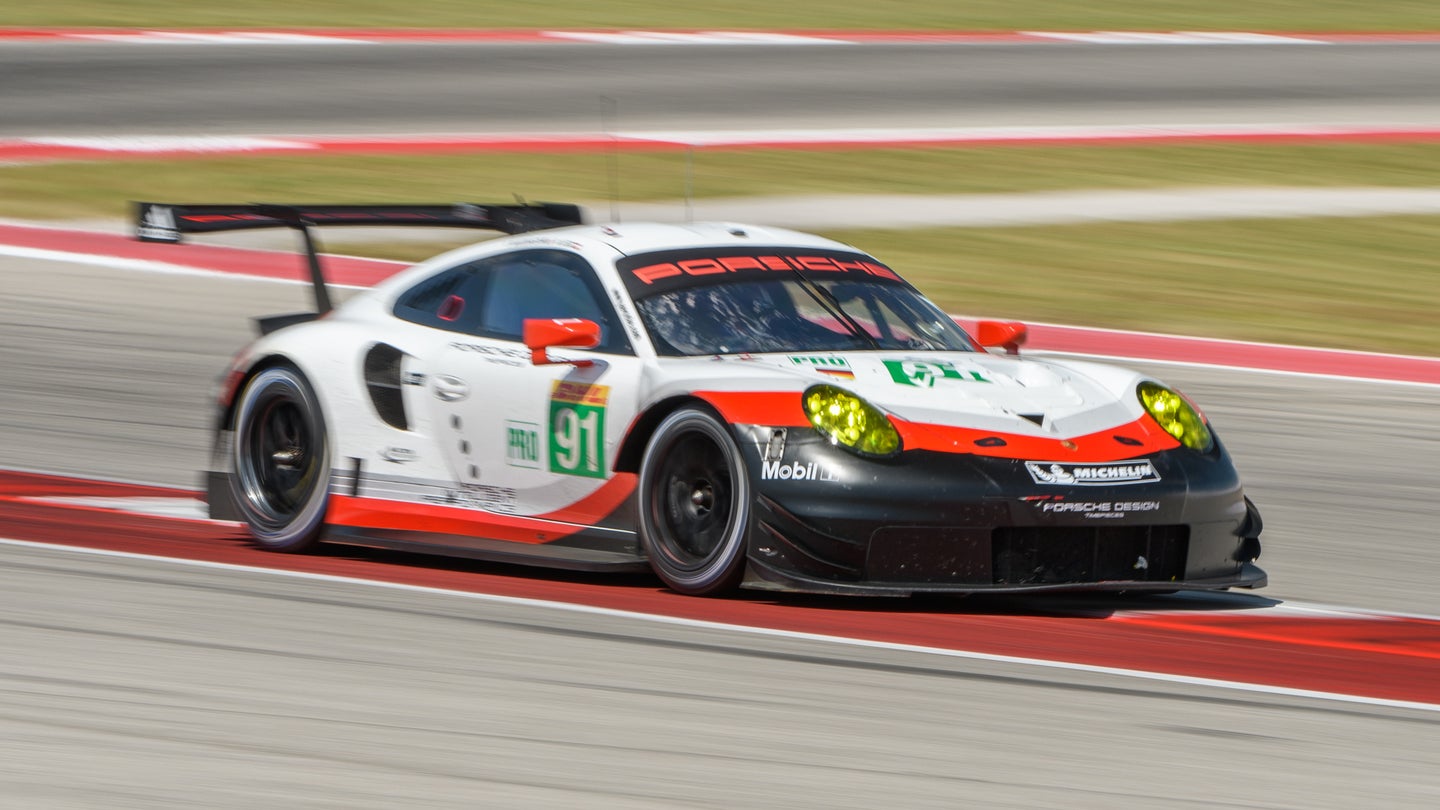 Following its exit from the World Endurance Championship's LMP1 category, Porsche has announced that it will highly bolster its sportscar efforts going into 2018. With its seventh customer car recently sold to longtime single make competitor Project 1, the German marque will also field four factory-backed 911 racers at next year's 24 Hours of Le Mans. This comes as expected following Porsche's prior intention to strengthen its GTE-Pro efforts ahead of the forthcoming season.

Two Porsche 911 RSRs from the brand's IMSA WeatherTech efforts are slated to compete alongside Team Manthey's entrants at the French endurance classic. With this amped up works program, Porsche will also field some of its top drivers with Patrick Pilet, Nick Tandy, and Earl Bamber joining the seasoned crew of Timo Bernhard and Romain Dumas. That lineup includes four Le Mans winners from the past, making for a certainly effective crew in 2018.

Gianmaria Bruni will also make his full-time return to WEC action after finishing up his contract with Ferrari. While his agreement with the Italian automaker ended mid-season in 2017, he was unable to compete outside of the IMSA WeatherTech series, a limitation that'll be axed for next year. Bruni will pilot the No. 91 car with Richard Lietz for Porsche as planned.

Alongside these four GTE-Pro Porsches, seven customer cars are expected to compete in the 2018/2019 'Super Season'. Proton Racing reportedly ordered four 911s for next year with Gulf and a yet-to-be-confirmed team purchasing single cars respectively. These six were originally intended to be the only cars built for customers ahead of WEC competition, but as it was recently revealed, a seventh has been allotted for the German outfit Project 1.