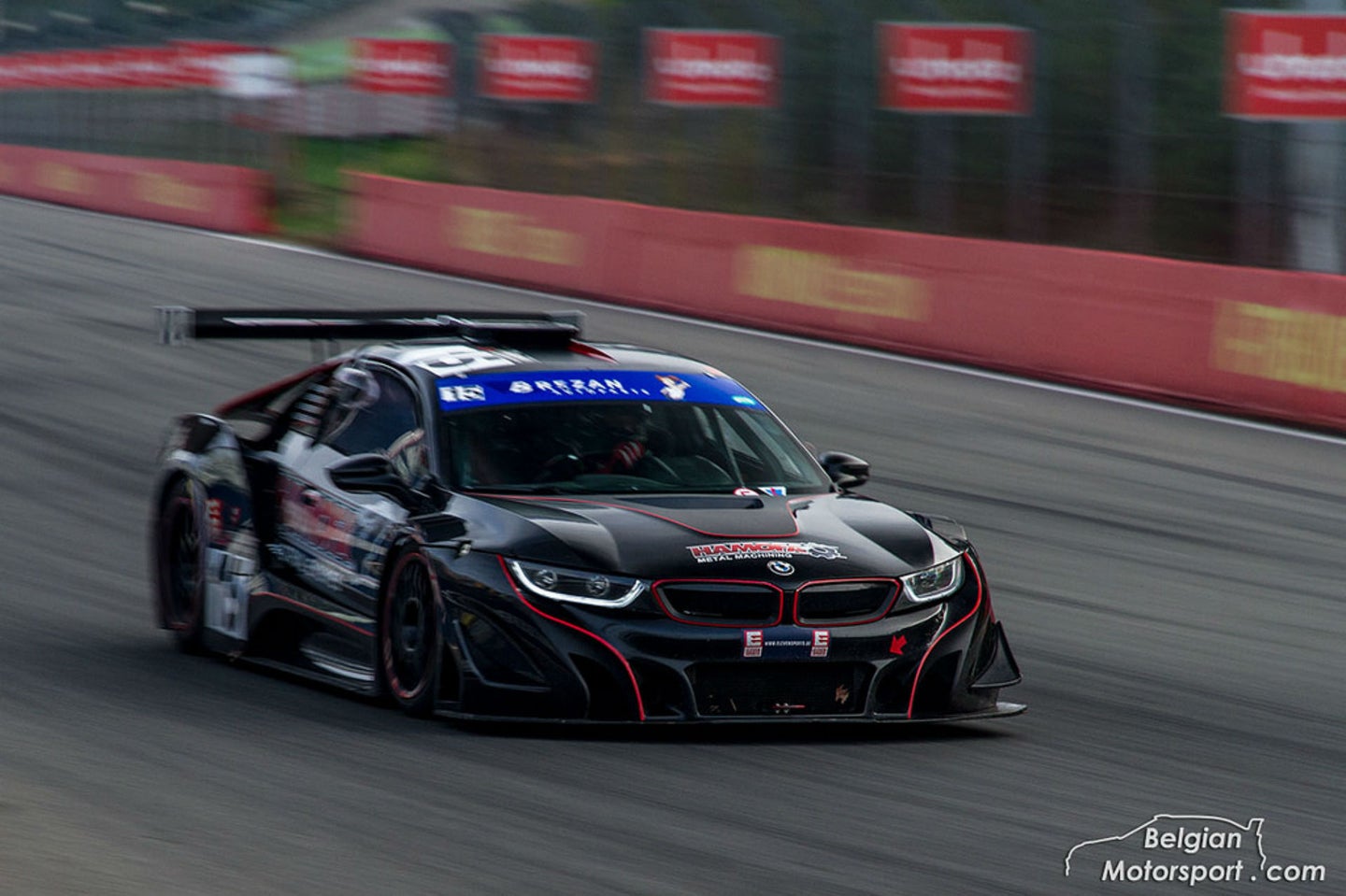 Belgium's Hamofa Motorsport has been racing a specially prepared BMW i8 GTR for the 2018 season of the Belcar racing series. While it bears resemblance to the production i8, this car is actually a "silhouette," an entirely custom tube frame chassis draped in BMW bodywork. As detailed by Hamofa, the i8 GTR is powered by a 4.0-liter V8 engine longitudinally mounted behind the driver. This engine is based on the one found in the previous generation E92 M3, and puts out 540 horsepower in race spec—plus, it delivers the sound you'd expect from such a wild-looking racer.

The street i8 is powered by a mid-mounted 1.5-liter three-cylinder engine couple to an electric upfront, and these are nowhere to be found in Hamofa's version. The i8's bodywork has also been aerodynamically modified, adding a large downforce-supplying spoiler, brake vents at the fenders, and diffusers replacing the factory car's smooth front and rear bumpers. The race car's tube frame structure was supplied by chassis engineers at SolutionF in France.

The i8 recently completed its campaign in the 2018 Belcar Endurance Championship, with the final race going for 24 hours at Belgium's Circuit Zolder. Hamofa finished 12th in its class of 15 cars, being shown up by a field full of Porsche 911s. Local photography company Belgian Motorsport was able to capture both photo and video of the i8 in action.

As it rounded Zolder, the car may have not been the fastest in its class, but it sure made a healthy contribution in the audio department. Check out the below clip of the car's 4.0-liter engine at full song:

Even if this i8 doesn't perform quite as well as a factory turn-key race car, it's awesome to see a team like Hamofa Motorsport running its own unique odd-ball in a serious racing series.

Honest Assembly dropped in a 425-hp engine from the F80 M3 into what’s arguably the greatest sports compact of all time. The result? Magic.

Don’t like BMW’s current range of electrified cars? Fear not, they will be more conservative in the future.