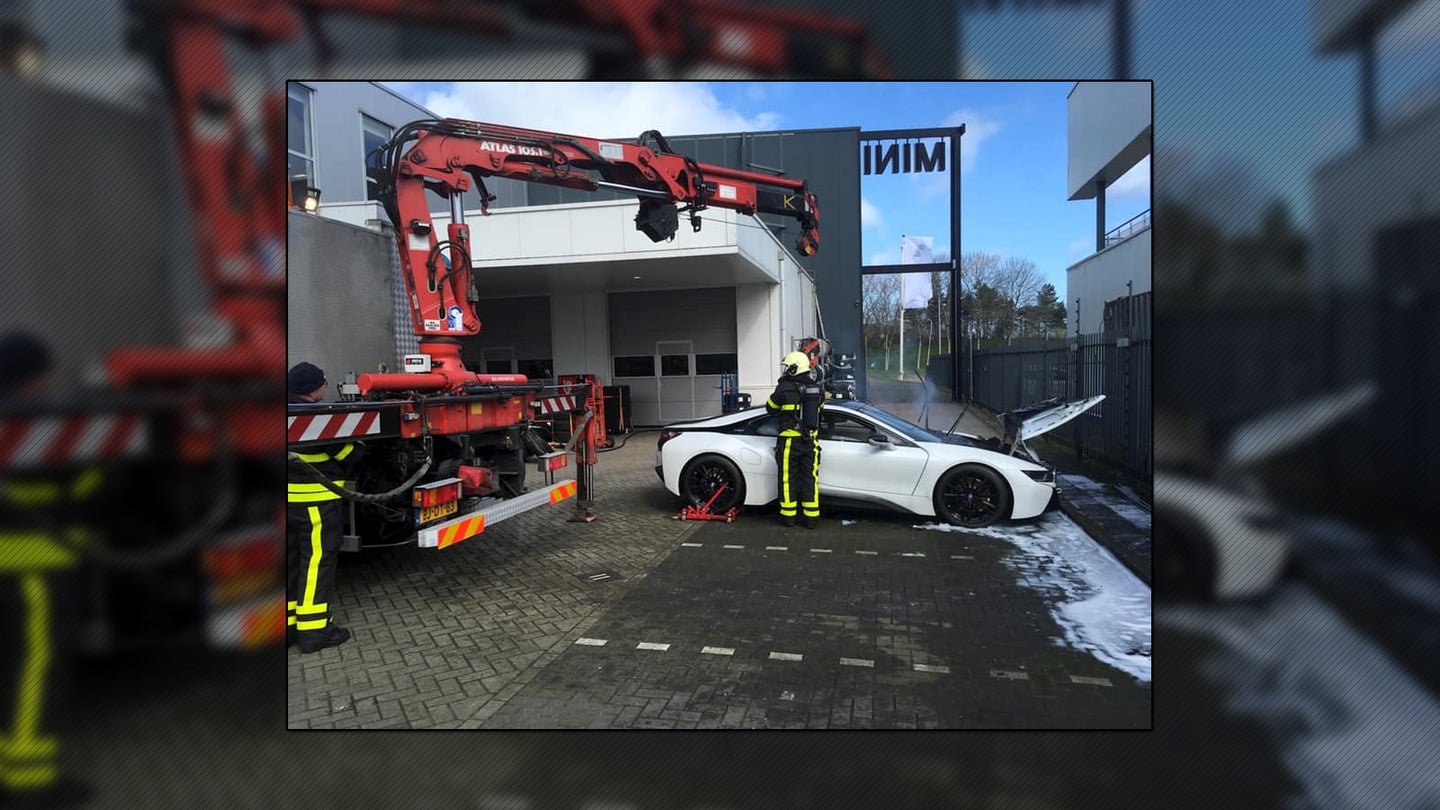 Electric cars are presenting new problems for emergency crews: extremely volatile battery fires, but firefighters in the Netherlands have learned to take no chances when it comes to these types of incidents. Such is this case involving a BMW i8, where firefighters acted quickly using a crane and a portable vat of water to prevent the car from bursting into an uncontrollable fire.

According to a Facebook post, the crew was responding to a call from a local car showroom. Employees noticed a high-end BMW i8 smoking inside of the garage and immediately drove the car outside while phoning emergency services. When firefighters arrived on-site, they brought a large crane and portable vat of water – you can probably guess what happens next;

Workers quickly submerged the Bimmer in a container full of water to prevent the batteries from re-igniting. The car will remain submerged for about 24 hours before crews deem the car safe to transport to its final resting place.

Though a brand new BMW i8 packs a relatively small battery of only 11.6 kilowatt-hours (enough to power for 18 miles of electric-only range), it still presents the same risks of a battery-only EV. Both cars are packed with lithium-ion cells which, similar to gasoline, are densely packed with energy used to propel the car. Lithium-ion batteries are generally stable until the cell is compromised. When things go wrong in the event of a crash or puncture, the battery can experience a phenomenon known as thermal runaway, where the cells overheat and explode, resulting in a raging fire.

This particular incident highlights an event that may become more commonplace in the near future as electric cars begin to fill the streets. Automakers like Tesla have released first responder guides so that firefighters can learn how to deal with emergency situations involving automotive batteries and prevent unsafe conditions after the fire is thought to have been controlled.

Hint: The engine’s in the middle, guys.