Just because you can't see the cops doesn't mean they can't see you. 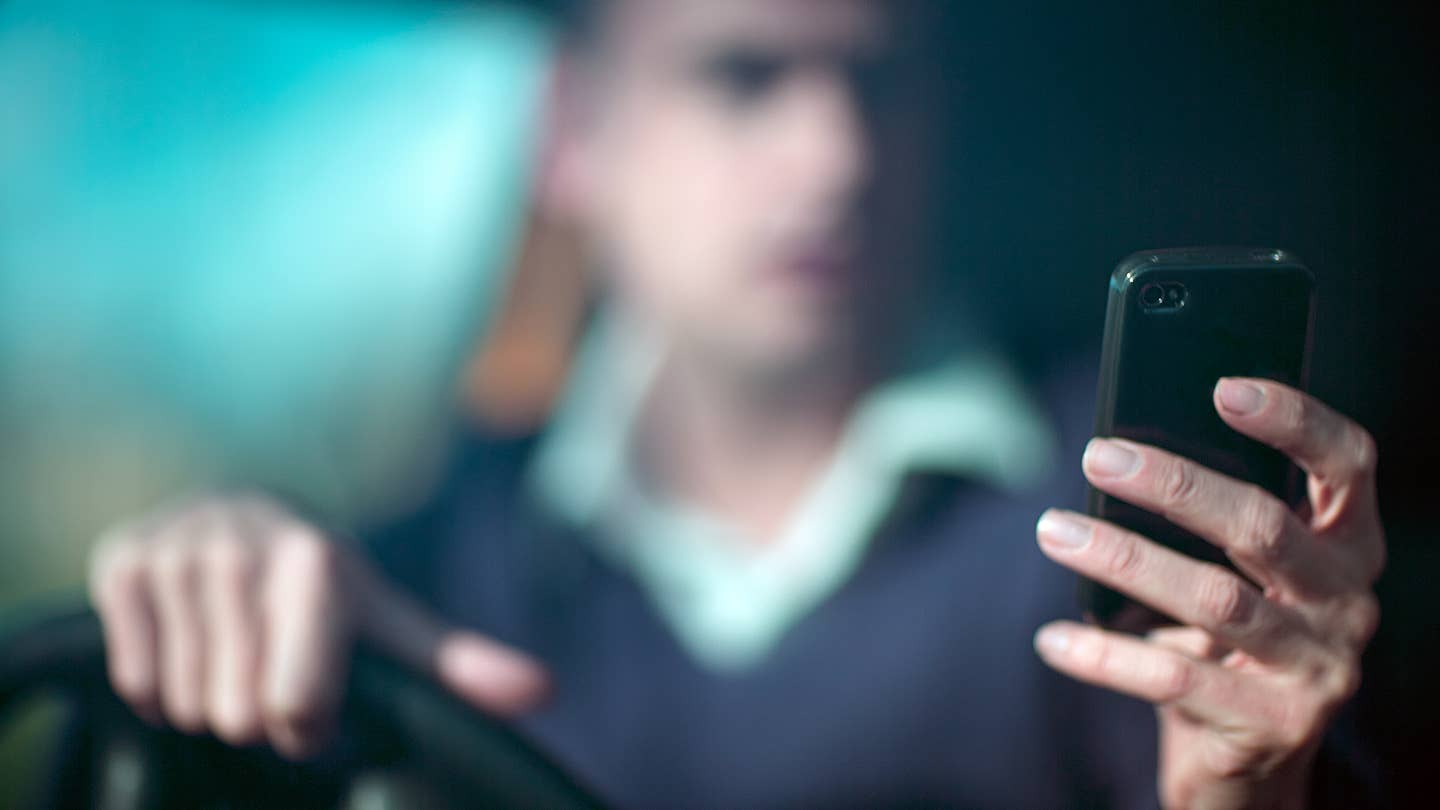 If you live in British Columbia and regularly text from behind the wheel, you best watch out. Police in that Canadian province have begun using super-long telephoto lenses to spot and photograph distracted drivers in the act. It's not just to snare texters, either. If you like to eat while driving, apply makeup while behind the wheel, or climb on conference calls while impatiently sitting at traffic lights, your chances of getting caught by a cop have jumped way up.

According to police, the Royal Canadian Mounted Police have begun using 24.2 megapixel DSLR cameras with 50mm lenses affixed to spotting scopes to snipe distracted drivers in the act. Once a driver is caught by an RCMP officer's camera, that officer radios a nearby colleague, directing him or her to pull the offending driver over.

The cameras can catch drivers in the act from three-quarters of a mile away, according to the Mounties. "Absolutely, we've got a viewing distance greater than 1,200 metres," Constable Melissa Wutke said, according to the CBC.

So far, only officers in British Columbia have begun using this alternative method of traffic enforcement, but the cameras are scattered around the province. Wutke said that the cameras have been "strategically placed division-wide in B.C."

RCMP officers have been told to only use the cameras to snap photos of motorists at intersections, not those maneuvering through traffic. For a ticket to hold its own in court, the picture has to clearly show a driver using their phone or actively not paying attention to the road in some other dangerous way—but the police have ways around this guideline.

"If I am the officer operating that scope from 800 metres back and I see somebody looking down at their lap," Wutke said, "we will have an officer sometimes who will be close to that intersection where the officer can simply walk out and have a look and if they see the electronic device that person will be waved out of traffic and issued a violation ticket."

Under new distracted driving guidelines, your first fine will run you $543 CAD (roughly $414 in American currency), while the second could cost $888 CAD (about $678).

So if you don't like senselessly tossing money at the Canadian government, don't go eating that footlong hero while sitting at a red light. It just might end up costing you a lot more than five six dollars.