Toyota builds a pickup for people who would rather blog about the outdoors than step foot in it. 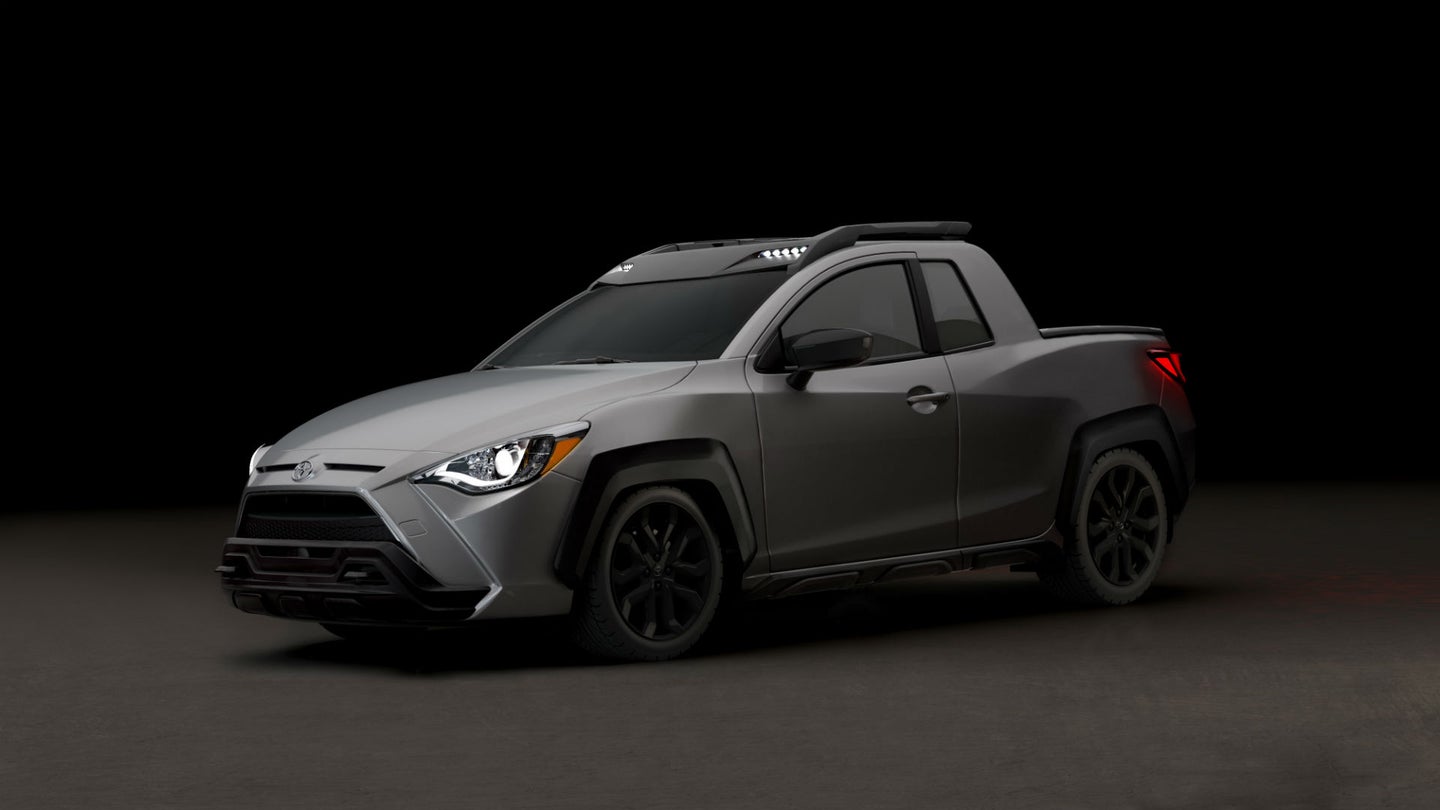 Despite their best efforts, most car companies' April Fools' Day jokes fall flat on the floor. While some are actually clever, others make for a total cringefest and end up being cheesier than the Wisconsin State Fair. Toyota, on the other hand, has gone and created the most meta prank of 2019's comedic season by unveiling the Yaris Adventure Truck, which the company says is "answering the question nobody asked."

Acknowledging its demographic's undying affection for appearing rugged while actually being so tame it hurts, Toyota explains that the model fills the need for those who want to brag of their off-road expeditions while never turning a wheel on gravel or dirt. It boasts a ground clearance measurement of 7.6 inches and literally can't clear anything more than a mall parking lot curb. The cutesy pickup's faux press release even admits that the Yaris variant was simply developed to pander to an influx of buyers in the small crossover segment that prefer a vehicle that looks capable but isn't. Hey, whatever puts butts in seats and cars on the road, amirite?

“Toyota is very excited to debut this product that nobody saw coming,” said a senior executive at Toyota who reportedly wished to remain anonymous. “We’re constantly listening to our customers and reacting to the market. We have to blame the market on this one, as we haven’t had one customer ask for a truck like this.”

Whatever any person or internet outlet may tell you, don't be fooled into thinking the Yaris Adventure Truck is worth a hoot when it comes to performing any real duties aside from getting 35 miles per gallon or making you look like a total poser. It's got a payload capacity of just 297 pounds, exactly 5,973 short of the 2019 Ford F-450's listed limit. Quite the disappointment, really.

It does, however, come with a newly developed all-wheel-drive system that's capable of pulling out from an underground city garage in the snow, per Toyota. Sadly, the automaker also explicitly mentioned that it won't come with the Dynamic Torque Vectoring AWD that's standard on the new RAV4. Another knock against the Yaris there.

Interior luxury leaves a bit to be desired as this car has as many speakers as it does seats—two. Toyota's "surround sound" system may not be for audiophiles, but it does perfectly suit those who type "#minimalism #lessismore" at the end of every other Instagram post.

All these features may sound sub-par, but as you may have noticed, they're all best in class. That's because the Yaris Adventure Truck is the only entry in the sub-compact truck category, an achievement that Toyota attributes to its trailblazing spirit.

Honda’s nineties-tech-heavy Passport is one sweet graphics package away from actually being a cool idea.