Toyota’s tweet points to it being a possibility, but we're more than skeptical. 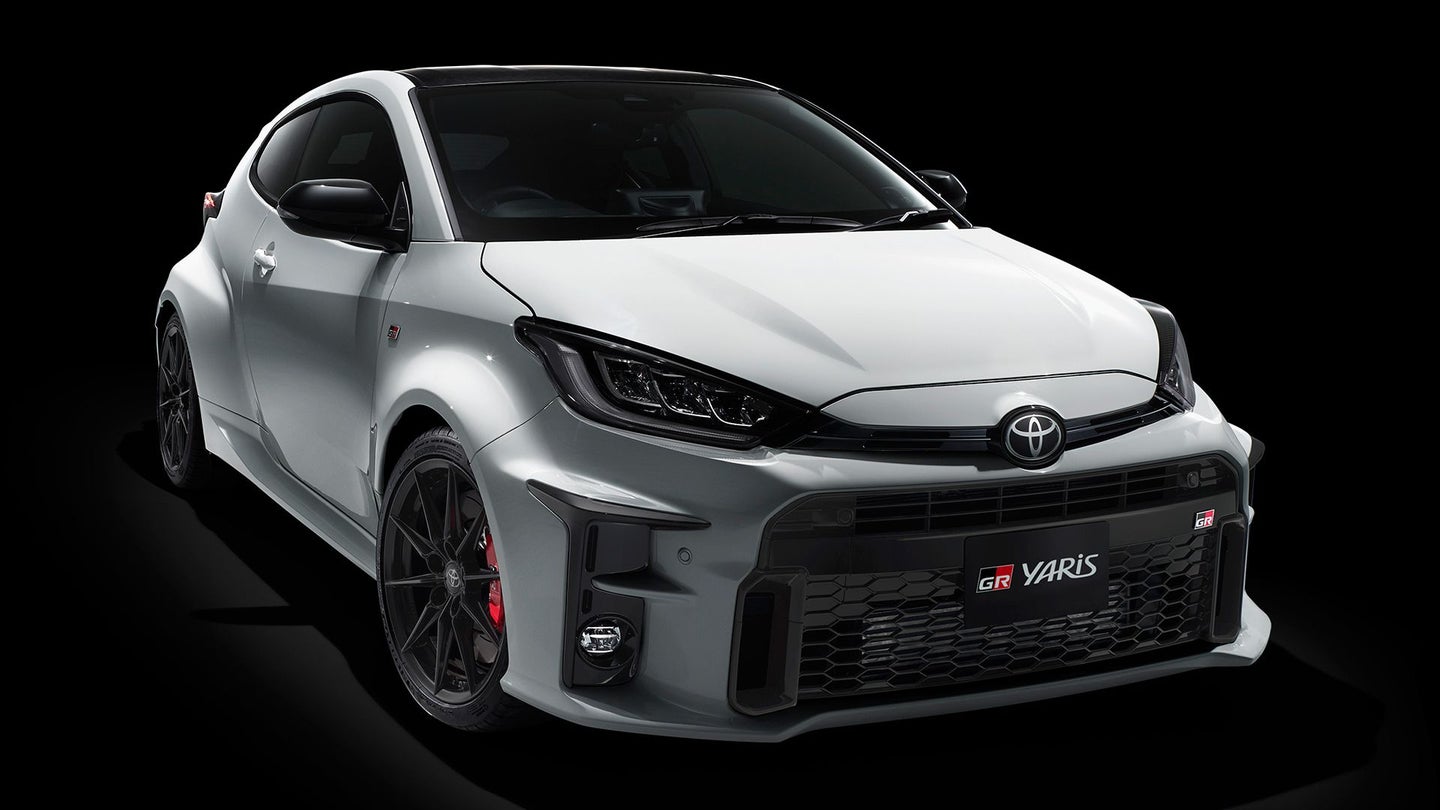 Last month, Toyota debuted the company’s GR Yaris, a hot hatch reminiscent of the Group B rally homologation specials manufacturers were ordered to build to compete. Rally fans, including the author, licked our computer screens as we hoped and prayed Toyota would sell us one. Toyota dashed those dreams with it being a Japan/Europe-only special. But a tweet may hint that the company is reconsidering.

Retweeting a story by our friends over at Jalopnik, Toyota’s U.S. PR tweeted, “Does the North American market need another hot hatch? Let us know what you think!” The simple question immediately set off a flurry of likes, retweets, and responses from enthusiasts all around the U.S. demanding Toyota bring the hot hatch to the market. Obviously, this isn’t an official greenlight for Toyota to ready the car for the U.S., it did after all just discontinue the standard model.

Though, bringing it to North America would line up with the brand’s recent sports renaissance, to which the little hatch belongs.

The base structure of the GR Yaris is still the feisty and pint-sized Yaris commuter, but underneath the enlarged and aggressive exterior beats the heart of a rally champion. Powering all four wheels, the GR Yaris makes use of a 1.6-liter three-cylinder turbocharged engine that puts down a whopping 268 horsepower and 265 pound-feet of torque. Controlling the power is a 6-speed manual transmission and means the GR Yaris can sprint to 62 mph in just 5.2 seconds.

Akio Toyoda, the brand’s enigmatic and race-driven President, said this at the GR Yaris’ debut, “Toyota needs to get back to sports cars. I've always thought so. The 86 is my precious partner during rallies and races. Supra made a successful come back, but still, I have always wanted sports cars purely made by Toyota. The reason we decided to come back to WRC was to build a sports car by utilizing skills and technologies obtained through WRC. When we won WRC manufacturer's title last year, I felt Toyota became recognized in all over Europe, and that made me think that we must have a winning car to gain worldwide recognition as a true car manufacturer. This GR YARIS is the sports car we made from scratch to win at the world level.”

The Drive reached out to Toyota, peppering the brand with questions on whether the tweet meant something more than just cruelly teasing those enthusiastic few who’d buy one, or whether the brand was seriously considering bringing the GR Yaris to North America. A Toyota spokesperson replied with, "We’re excited to see there’s such an enthusiastic fan base for a hot hatch, but unfortunately there are no plans to bring the GR Yaris to the U.S."