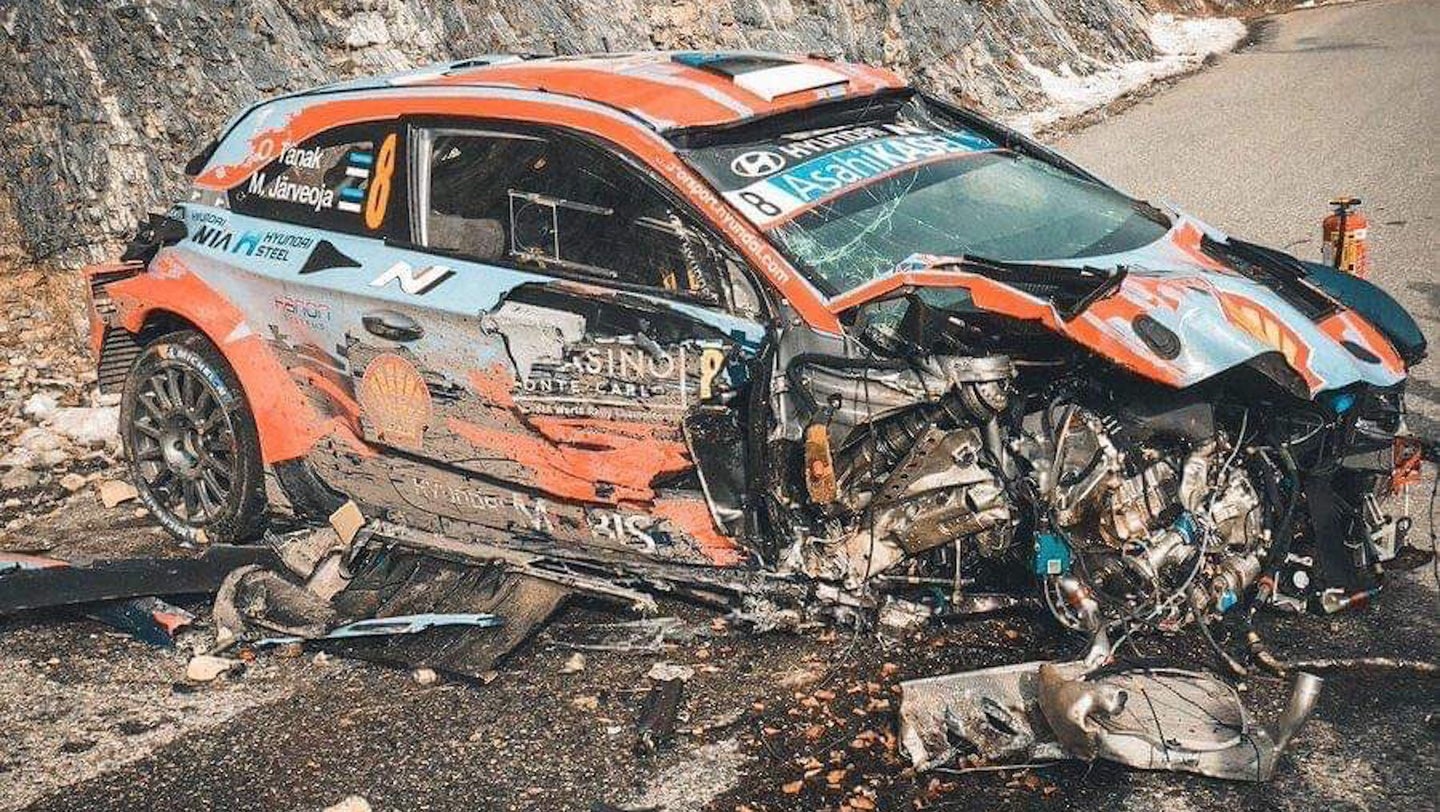 The massive crash happened during the Rally de Monte Carlo, which takes place around—you guessed it—the twisty mountain roads near Monaco in the South of France, meaning that racers have little to no margin for error if or when something goes awry. Get a corner wrong or put a tire off the tarmac, and you're guaranteed to fly like a bird for a few seconds before violently tumbling down the mountainside. It appears that's exactly what went wrong with WRC world champion Tanak here, who can be seen briefly putting a tire on the icy mud on the side of the road, which caused the Hyundai i20 Coupe racer to bottom out through a couple of light bends on the road before ultimately losing control.

Once the car bottomed-out the steering wheel became as responsive as the wheel on a 20-year old Cruis'n USA arcade machine, and the duo crashed into the ground, bounced up into the air once again, and began flipping in dramatic fashion down the hill. The onboard video, which shows the more detailed view of what went wrong, shows that they tumbled for approximately 16 to 18 seconds after flying off the road.

It's the outside view of the crash that is the most OMG-inducing, showing just how fast the Hyundai was traveling when it left the temporary race track, and just how hard it hit before flipping. Luckily, both Tanak and Jarveoja walked away from the wreckage and were taken to a nearby hospital for further screenings.

Keep the shiny side up.