F1 Cars Don’t Like Rally Stages, But This Pro Sim Racer Made It Work Anyway

It completed the stage nearly two minutes quicker than a Lancia Group B car. 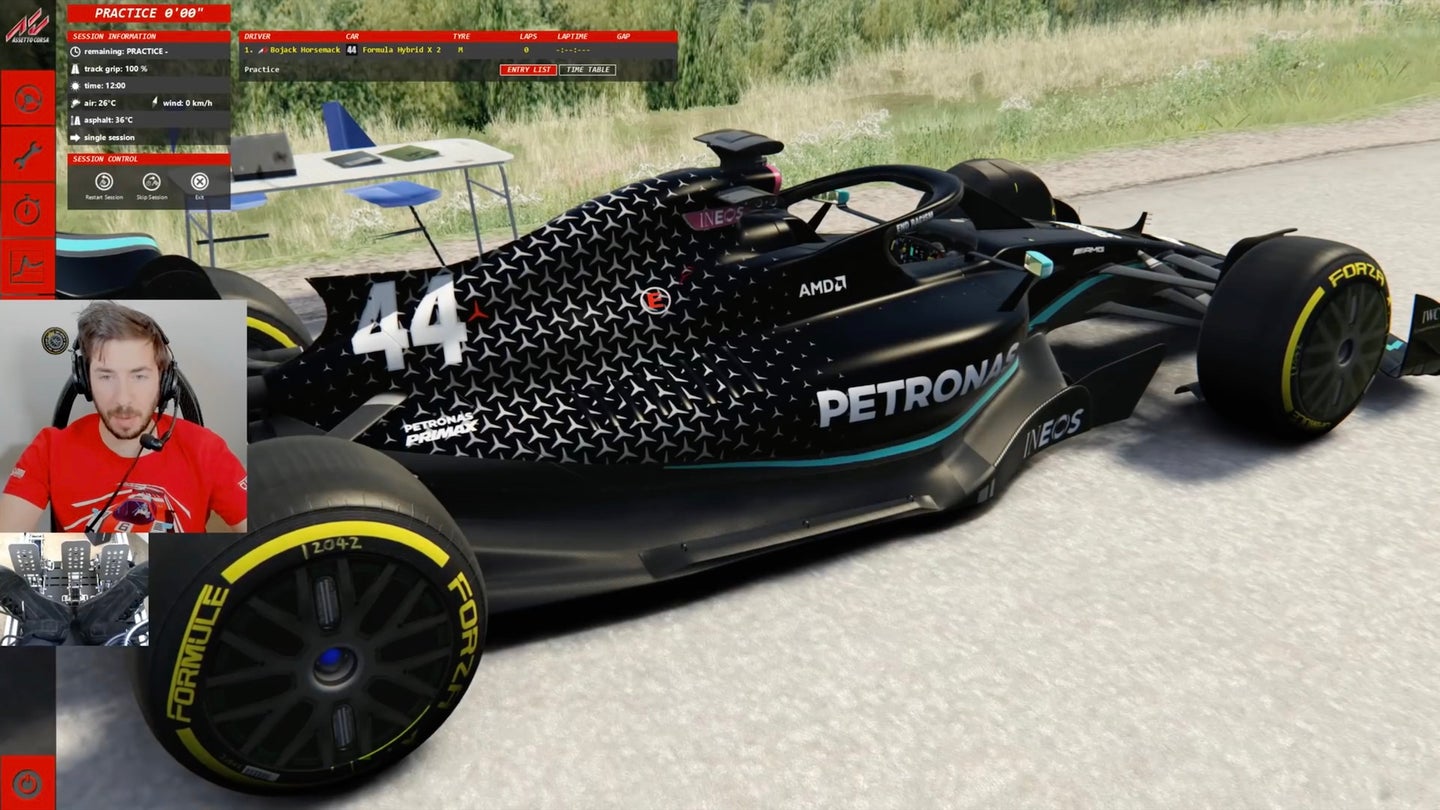 The ideal rally car has two things: Just enough suspension travel to safely land from jumps, and all-wheel drive to put power down on all surfaces. A Formula One car has neither of these, plus an obscene amount of power, making it about the least appropriate car for a rally stage. But that doesn't matter if you can't feel it breaking your spine because you're driving it in a sim, where repeated crashes are only learning experiences that help with actually completing the stage.

Rallying an F1 car was recently attempted by pro sim racer Jimmy Broadbent, who took to a tarmac stage in a simulation of next year's ground effect-equipped F1 car. As he quickly learned, however, its stiff suspension and cold tires made it a handful on the narrow route—so much of one, in fact, that he made it barely two corners before tumbling down a hill.

Although he learned from this mistake, driving the stage didn't become a cakewalk, as the F1 car's sheer pace made it tricky to keep up with mentally. Even when he managed, the car's rock-hard ride still sometimes made it uncontrollably bouncy. This he addressed by maxing the F1 car's ride height and downforce, allowing him to progress further and further through the harrowing stage before eventually completing it.

Broadbent crossed the line a hair under four minutes and 46 seconds, which means nothing without knowing he previously completed the same stage in a Lancia Delta S4—a legend of the Group B era—in 6:44, almost two minutes slower. Considering how unlikely it is we'll ever see an F1 car attempt a rally stage in earnest, this is the closest we'll ever come to a direct comparison between these two classes of cars. Outside of die-cast downhills, that is.

My sim racing career didn’t take off the way I had hoped. But it did make me a better racer.