Come for the racing, stay for the color commentary. 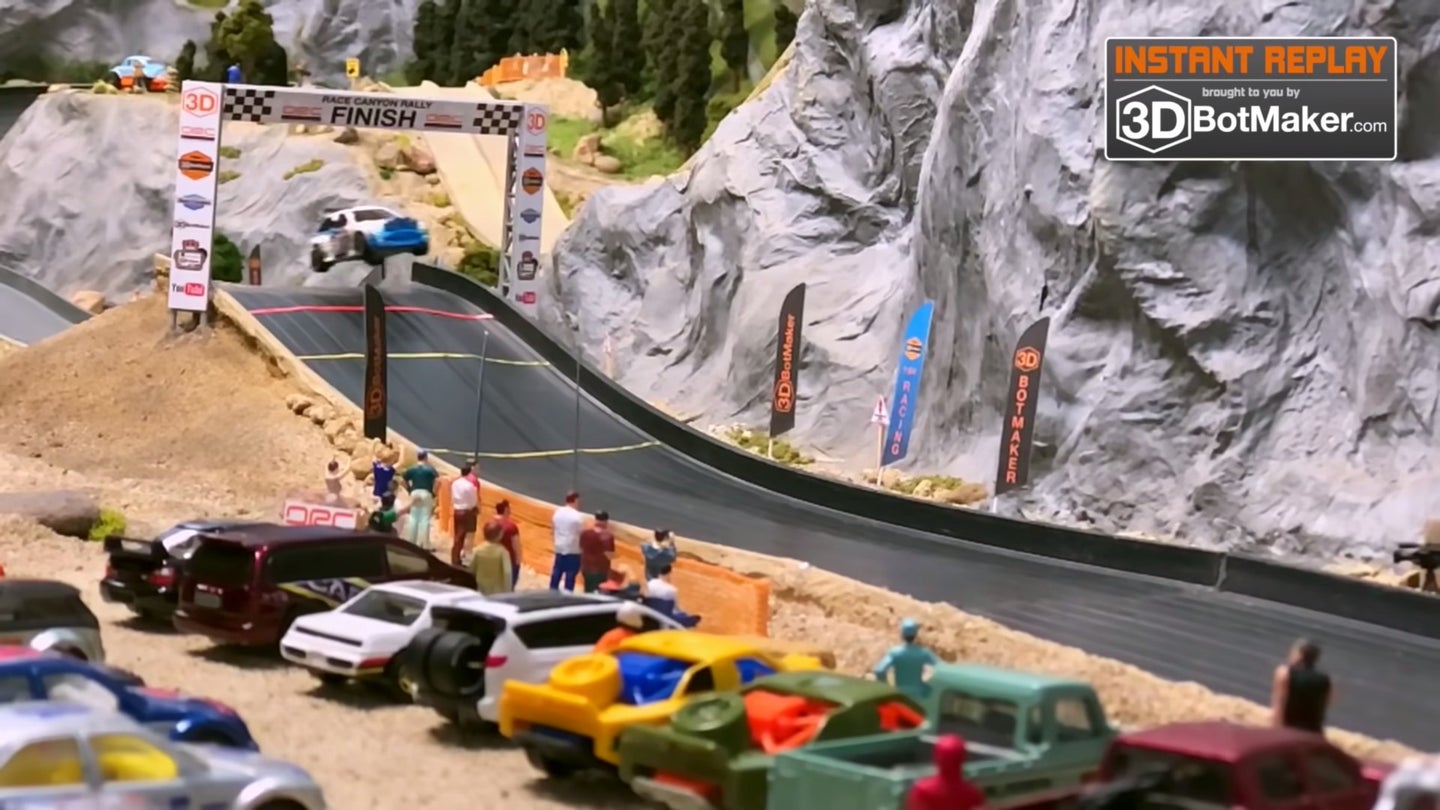 As parts of the world emerge from pandemic shutdowns, racing is gradually coming back on the menu. Regional American series started racing again in late April, while NASCAR has been back in business since mid-May. Formula 1 will also return soon after nearly seven months without a race. Between now and then, though, there will still be days to fill, and if you have an appetite for racing that can't be satisfied by anything else, you should turn to YouTube channel 3Dbotmaker. There, you'll find literally hundreds of races starring an unusual choice of car—diecasts.

This sort of grown-up pinewood derby is the brainchild of Adriel Johnson, who got the idea for his videos from similar races uploaded to YouTube. Johnson, however, elected to take the hobby of diecast racing to the next level by building a custom downhill track, one with corners of varying radii, 1:64-scale scenery and, of course, full timing equipment to accurately determine winners.

A campy, wrestling-style narration and sound effects are all the videos need to feel like an evening at the local drag strip or short oval, though Johnson's races feature enough variety of toy cars to make the organizers of Isolation Island Concours d'Elegance jealous. Models based on everything from American stock cars to bubble economy-era Japanese sport compacts and modern supercars—representing Hot Wheels, Matchbox, and Tomica—have all had their chance at the hill, and not all cars prove as competitive as their full-scale counterparts.

Such diversity also allows for bizarre matchups you'd never see in real life, such as an Aston Martin Vulcan competing with the Boomer-ific Chevrolet SSR. Rather than spoil the outcome of such an unusual race, we'll let you watch it for yourself. Just be sure to make your bet in the comments before watching, so we can see how many of you bench racers are in fact clairvoyant.