The FIA race director isn’t sure that an issue that happens ‘every ten years’ must be looked at deeply. 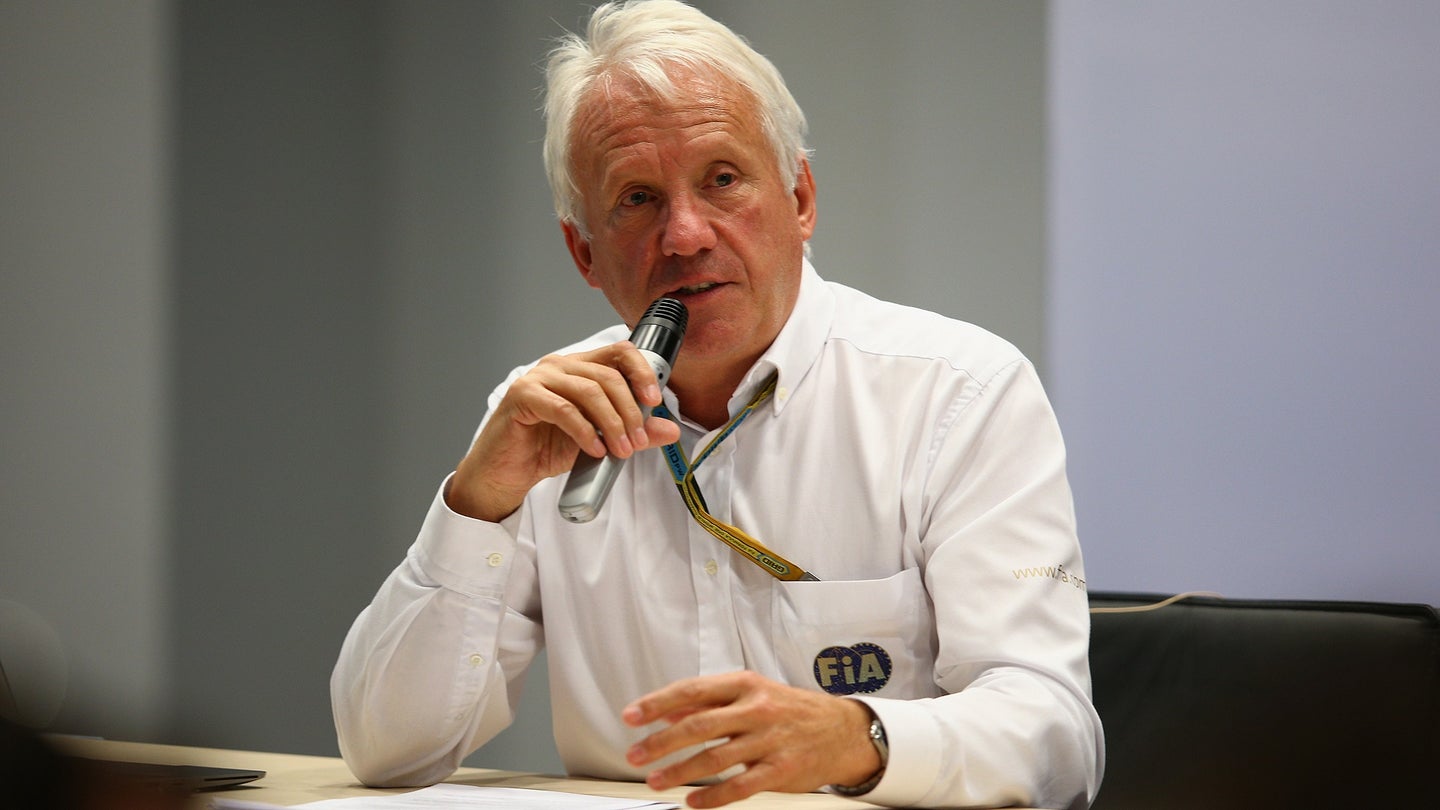 The deployment of an automated "flag" system has crossed the mind of FIA race director Charlie Whiting after the fiasco that took place at the 2018 Canadian Formula 1 Grand Prix last weekend that saw a VIP guest, Winnie Harlow, wave the checkered flag one lap too early.

According to Motorsport, Whiting has given some thought to the situation and a possible remedy that would virtually eliminate the risk for error. However, the solution isn't as simple as one may think, as placing a lightboard above the start-finish line to show a digital flag would still involve having a human operate it, or program it ahead of time.

"I think we'd need to probably think about having a better end of race signal," Whiting told Motorsport. "The checkered flag is traditional, but it's something that, as we've seen today, is prone to mistakes."

The FIA veteran, who absolved Harlow of any wrongdoing following the Grand Prix on Sunday, also showed his displease with the number of people that can often sneak into the flagwaver's stand ahead of the race. My personal experience is that you can't even go near these facilities, so Whiting must be referring to Liberty Media's VIP guests and their groupies.

"The celebrity was not to blame [in Canada], I don't think that that is anything that we need to consider, certainly not at the moment, anyway," Whiting continued. "We may need to look at other things, like the amount of people that get up there sometimes. That can be a little bit difficult."

Whiting concluded, "It's the same at the start, you often get people up at the start, and they tend to bring friends with them, and it gets a bit busy up there."